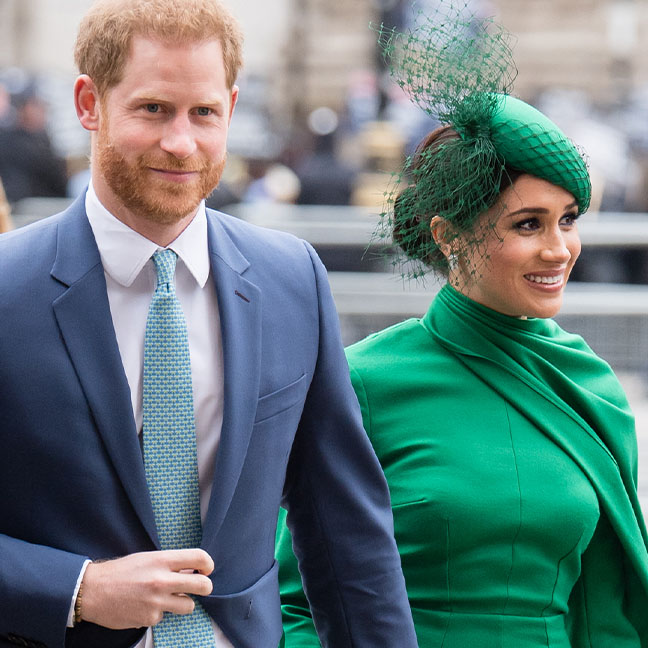 It’s been one year since the Duke and Duchess of Sussex’s bombshell announcement of their intended “step back” as senior royals. Photo: Samir Hussein/WireImage/Getty Images

Is a royal reunion in the works?

The Duke and Duchess of Sussex have been invited to attend the Trooping the Colour ceremony in June, in honour of the Queen’s 95th birthday, according to a report by The Sunday Times. It would be the pair’s first visit to the U.K. since their final official appearance as senior royals at the Commonwealth Day Service at Westminster Abbey in March 2020.

Trooping the Colour, a grand military parade to celebrate Her Majesty’s birthday, is an annual event where members of the Royal Family famously gather on the balcony of Buckingham Palace to take in the festivities, wave to the crowds and enjoy a Royal Air Force fly-past. Typically the parade, which dates back to the 17th century, features over 1,400 parading soldiers, 400 musicians and 200 horses.

Last year, the celebration was heavily scaled back due to the pandemic and, for the first time in the Queen’s 68-year reign, it was was held at Windsor Castle where she and husband Prince Philip were isolating.

If the festivities do take place this year and if safe travel from the U.S. is possible — which is by no means certain, considering the fluidity of the coronavirus crisis — it’s likely Prince Harry, 36, and Meghan, 39, will participate in the family celebration, according to The Times report. (And if their son, 20-month-old Archie joins his parents on the trip, he may even make his debut on the iconic balcony.)

It’s expected that a final decision on the scale of this year’s Trooping the Colour will be made in the spring.

In July, Harry may also join his brother, Prince William, for the unveiling of a Kensington Palace statue of their late mother, Princess Diana, to commemorate what would have been her 60th birthday.

News of a possible Royal Family reunion comes after an Entertainment Tonight report that Prince Harry reconnected, virtually, with his 38-year-old brother, William, over the holidays — including phone and video calls as well as a gift exchange between the Sussexes and the Cambridges.

Royal expert Katie Nicholl told Entertainment Tonight that the relationship had improved between the brothers since Harry’s decision to step back from royal duties last year. “Things are a lot better between William and Harry. If you go back a year at that stage, these brothers were barely on talking terms,” she said.

Now, “the relationship is much better than it was,” Nicholl added.

Since retiring from their royal responsibilities, Harry and Meghan have been living in Santa Barbara, Calif., with their son Archie. In addition to launching their new charitable venture, Archewell, they’ve signed a multi-million deal with Netflix and developed other business ventures, including a new Spotify podcast.