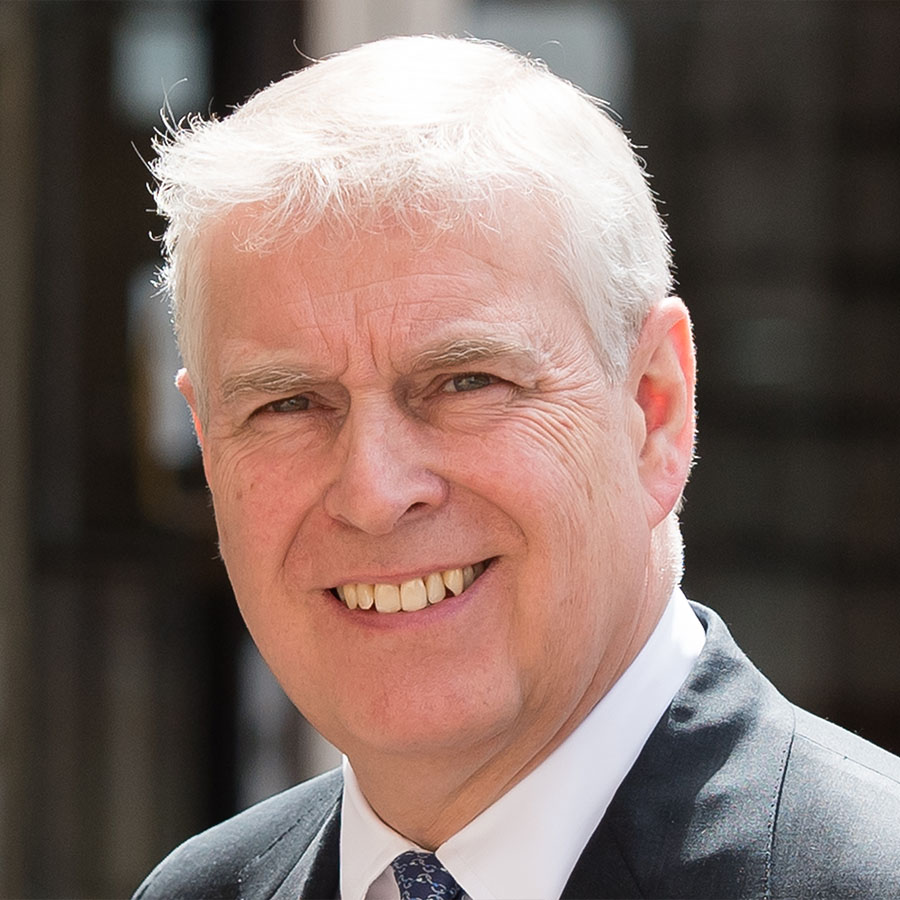 The disgraced royal marks another trip around the sun, as his new reality (and its perils) outside The Firm finally dawns on him. Photo: Samir Hussein/WireImage

As the Queen’s third and reputed favourite son turns 61 on Feb. 19, Andrew is finally forced to learn a lesson: the lifelong flaunting of his privilege now has permanent consequences. This should have been a banner year for Prince Andrew: his eldest daughter, Beatrice, was married last September, and his younger daughter, Eugenie, had a baby boy, Andrew’s first grandchild and the Queen’s ninth great-grandchild, earlier this month.

But Andrew, fatally tarnished by the Epstein scandal and forcibly retired from royal duties by his own mother, had to stay on the down-low during what should have been triumphant moments in his life, lest he drag the happy occasions down with his presence. Had he been prominently featured in his nuclear family celebrations, the tabloids would have focused on the disgraced Prince, rather than his daughters. To wit: Beatrice’s official photos featured her new husband, Edoardo Mapelli Mozzi, alongside (albeit socially distanced from) her grandparents, the Queen and Prince Philip. There were no shots released of Andrew from the COVID-compliant festivities, nor are there beaming photos or official statements from the Yorks about their delight at the birth of as-yet-unnamed Baby Brooksbank, who is 11th in line to the throne.

This birthday is likely to be a very low key one. Long-planned celebrations for his landmark 60th last year were cancelled peremptorily. This year, there is further family stress beyond the COVID crisis: Andrew’s father, Prince Philip, 99, has been hospitalized this past week (out of, as the Palace reports suggest, an abundance of caution).

The news from the L.A.-based part of the clan – a pregnancy announcement, a victory over the tabloids and an upcoming American network interview with Oprah for Meghan and Harry — would normally provide some cover for Andrew. But the big TV interview just serves to remind everyone of the BBC “car crash” interview to “defend himself” that Andrew did in November of 2019. That was an own-goal mistake of judgment of epic proportions that precipitated his slide into his current oblivion. In fact, the recent history of the monarchy is filled with prime-time TV confessionals,  each one compounding the mistakes of those that came before.

Andrew had up until that point survived a lifetime of embarrassing situations, from soft-porn gal-pal Koo Stark to his years as Air Miles Andy, bouncing around the globe aimlessly on the public purse and the favours of rich friends, to the sale of Sunninghill — a wedding gift from the Queen — to a Khazak oligarch for millions above the asking price.

But the tide turned with the BBC Newsnight interview when Andrew spectacularly failed to acquit himself in the court of public opinion over the allegations of having sex with then-underaged American teen Virginia Roberts, who was allegedly trafficked by the convicted American pedophile Jeffrey Epstein, a longtime friend of the prince. Remember the Pizza Express birthday party in Woking excuse? Or the I-can’t-sweat defence?

Being shut out of public life and relieved of his duties in support of the Crown has, in the main, worked. Out of sight, Andrew is no longer stirring conversation. It appears it has benefited Andrew as well, as he has managed somehow to avoid the FBI interview he repeatedly promised to provide regarding the allegations of Roberts, now known as Virginia Roberts-Guiffre and a mother of three living in California.

The arrest of Ghislaine Maxwell last year again threatened to drag the Prince back into the news. The media heiress and associate-slash-girlfriend of Epstein, who has been accused of procuring underaged girls for him and his pals, is also a longtime friend of Prince Andrew. There are many embarrassing photos in existence of the three of them together; Andrew has known Maxwell dating back to her days at Oxford in the 1980s, when she was a socialite-around-town.

Maxwell is now a large shadow looming over the Prince, as her court case proceeds. Maxwell is currently charged with six counts, ugly stuff such as transporting a minor for the purposes of criminal sexual activity and conspiring to entice minors to travel to engage in illegal sex acts.

The sticky bit for Andrew is the perjury charge against Maxwell, related to a 2016 deposition she made in a defamation suit Roberts-Guiffre filed against Epstein. The American feds are using the 400-page document, and trickling out the secrets contained therein — she settled with Roberts-Guiffre at the time — against her now in criminal proceedings, which heated up following the notorious suicide of Epstein while he was incarcerated under charges for a similar and related slate of heinous crimes.

A further twist ensued earlier this year, when Jean-Luc Brunel, another man that Roberts-Guiffre has alleged she was trafficked underage to by Epstein/Maxwell, was arrested by French authorities. It is thought that if Brunel is convicted in France, then the testimony of Roberts-Guiffre against her other alleged rapists (including Andrew) will be bolstered in credibility.

Meanwhile back at the Royal Lodge, Andrew still lives with his other half — his long-divorced wife, Sarah Ferguson, who retains the title of Duchess of York. Fergie, no stranger to scandal herself, from toe sucking on through those pay-for-access to the prince entrapments, has emerged as his loyal defender. One has to hand it to her, the flame-haired duchess has a knack for reinvention: her completely naff and wacky daily You Tube Storytime is another fascinating car crash, complete with her dressing up in flower headbands and talking in funny voices. It is charming; it is also certainly quite mad. Before her ex-prince was booted from the bosom of his family, she enjoyed a brief renaissance at Princess Eugenie’s fall 2018 wedding, widely admired for her pluck, appearing proudly amid the family that had snubbed her and left her grubbing for business deals and handouts. Her devotion is a bright spot for the prince, and perhaps she can teach him the finer points of picking oneself up and dusting oneself off.

This birthday must mark for Andrew the dawning of the realization that his fate is not going to change anytime soon. It was reported in the early days of his “retirement” that the headstrong prince, so used to getting his own way and riding out scandals, was sure he would be able to return to active duty one day. This year on the sidelines must have finally gotten the message through the cotton-batten cushion of privilege he had hidden his head inside: this is the new normal for Prince Andrew.

One wonders how he will manage to reinvent himself outside of the spotlight and the perks that it bestowed on him in such abundance for so long.

And one wonders whether his fade into the background of the royal wallpaper will be enough to keep him from ever facing the music of the very serious allegations that continue to hover over this head.