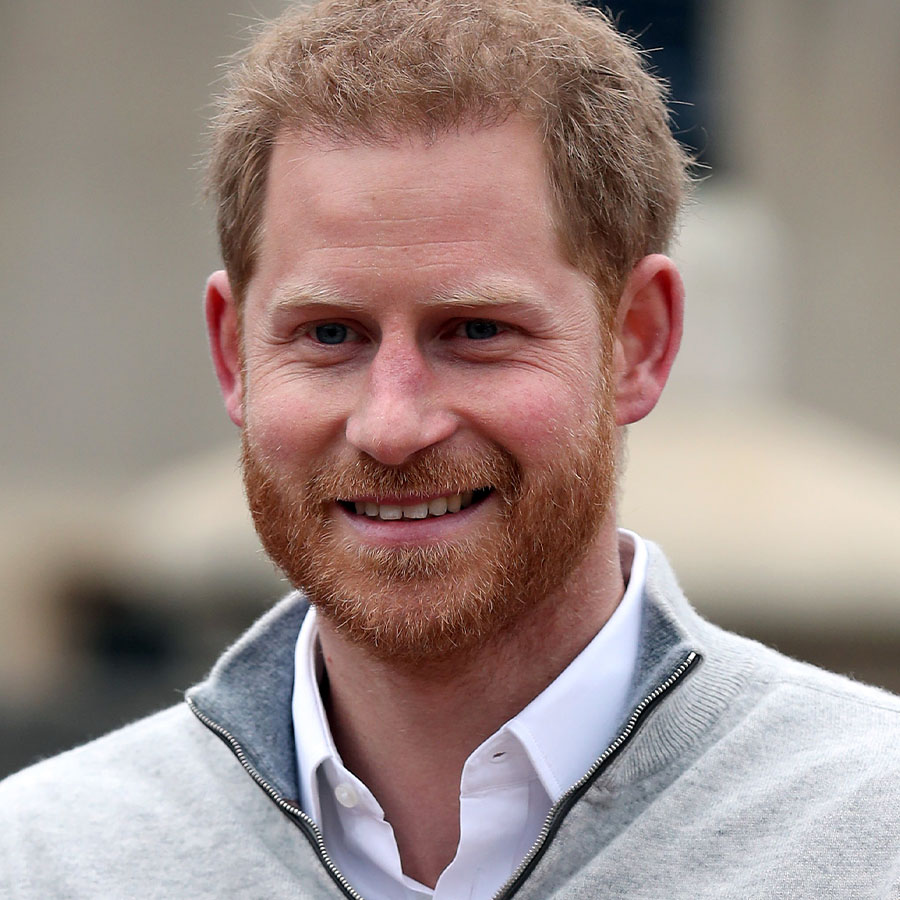 In his first interview since being stripped of his remaining royal duties, the Duke of Sussex talks about  Megxit, L.A. life, baby Archie and his views on ‘The Crown.’ Photo: Steve Parsons/AFP/Getty Images

Prince Harry, 36, spoke candidly about some of the reasons he and his wife, Meghan Markle, 39, decided to step back from their roles as senior royals last year during an appearance on The Late Late Show With James Corden.

On a double-decker bus tour of L.A. hosted by the comedian and fellow Brit-expat, Harry made a point of saying that he “will never walk away” from his family.

He said his decision to step back from royal life was largely due to the toxicity of the British media, which both he and Meghan had criticized before moving to California. In fact, just recently, Meghan was victorious in her lawsuit against a tabloid for publishing her letter to her father around the time of her wedding. “It was a really difficult environment as I think a lot of people saw. We all know what the British press can be like. It was destroying my mental health,” Harry said.

“So I did what any father or husband would do and thought, how do I get my family out of here? But we never walked away.”

The interview, which aired early Friday morning, comes one week after Buckingham Palace confirmed the couple won’t be returning as working royals and will give up their patronages. It was just a little more than one year ago that the Duke and Duchess sent shockwaves through royal circles when they revealed their plans to step back from their royal duties, an arrangement that included a one-year review period.

During the segment – which was reportedly taped before the palace statement stripped him of his “honorary military appointments and Royal Patronages” – Harry spoke of his ongoing commitment to public service. “Whatever decisions are made on that side, I will never walk away,” he said, in reference to the Royal Family. “I’ll always be contributing. My life is public service so wherever I am in the world, it’s going to be the same thing.”

The interview took on a more light-hearted tone, as Harry shared personal details such as his son Archie’s first word – crocodile – and that the 21-month-year old is beginning to speak in sentences. For Christmas, the Queen gave her great-grandson a waffle-maker. Other insights included what Prince Philip – who is currently in a London hospital being treated for a (non-COVID) infection – is like on Zoom (in particular, his unique way of ending a call).

When asked for his take on the fictional Netflix series The Crown, which delves into the personal and family dynamics that shaped the monarchy, Harry commented, “Of course, it’s not strictly accurate, but loosely … it gives you a rough idea about what that lifestyle, what the pressures of putting duty and service above family and everyone else, what can come from that.”

During a pit stop at the original home used in the 1990s sitcom The Fresh Prince of Bel Air, we even learned of Meghan’s affectionate nickname for her husband, when she asked over FaceTime, “Haz, how’s your tour of L.A. going?”

“You’re not my wife,” Harry quipped.

While it certainly wasn’t full-on episode of Carpool Karaoke, there was still a bit of singing, followed by an entertaining take on a military-inspired fitness test in recognition of the Prince’s time spent serving in the military.

Corden, whose 17-minute segment appears to be a warm-up to Oprah Winfrey’s interview with the Duke and Duchess of Sussex on March 7, has been friends with Harry for years and attended the royal wedding in 2018.

Coincidentally, on the same day as the Oprah interview, Queen Elizabeth will give a virtual speech for Commonwealth Day, an occasion which also marked Meghan and Harry’s final appearance as working royals in 2020.

Duelling News From Both Sides of the Pond

Queen Elizabeth II, 94, also made news earlier this week when she joined a video call on Web Ex on Thursday, thanking senior health officials for their work on the U.K. vaccine roll-out and recalling her own experience with “the jab.”

It is an extraordinarily rare move for the monarch, who doesn’t normally discuss her personal health issues.

She encouraged Britons to be vaccinated against COVID-19, comparing the effort that’s gone into the vaccination campaign to the way people came together during the Second World War.

“Well, once you’ve had the vaccine you have a feeling of, you know, you’re protected, which is, I think, very important,” the Queen said on the call. “And as far as I can make out it was quite harmless, very quick. And I’ve had lots of letters from people who’ve been very surprised by how easy it was to get the vaccine. And the jab – it didn’t hurt at all.”

Her Majesty’s efforts to advocate for the safety of the coronavirus vaccine broke at nearly the same time as the airing of Harry’s interview on the other side of the pond, causing some grumbling by critics that the airing of the interview overshadowed the Queen’s very important message.