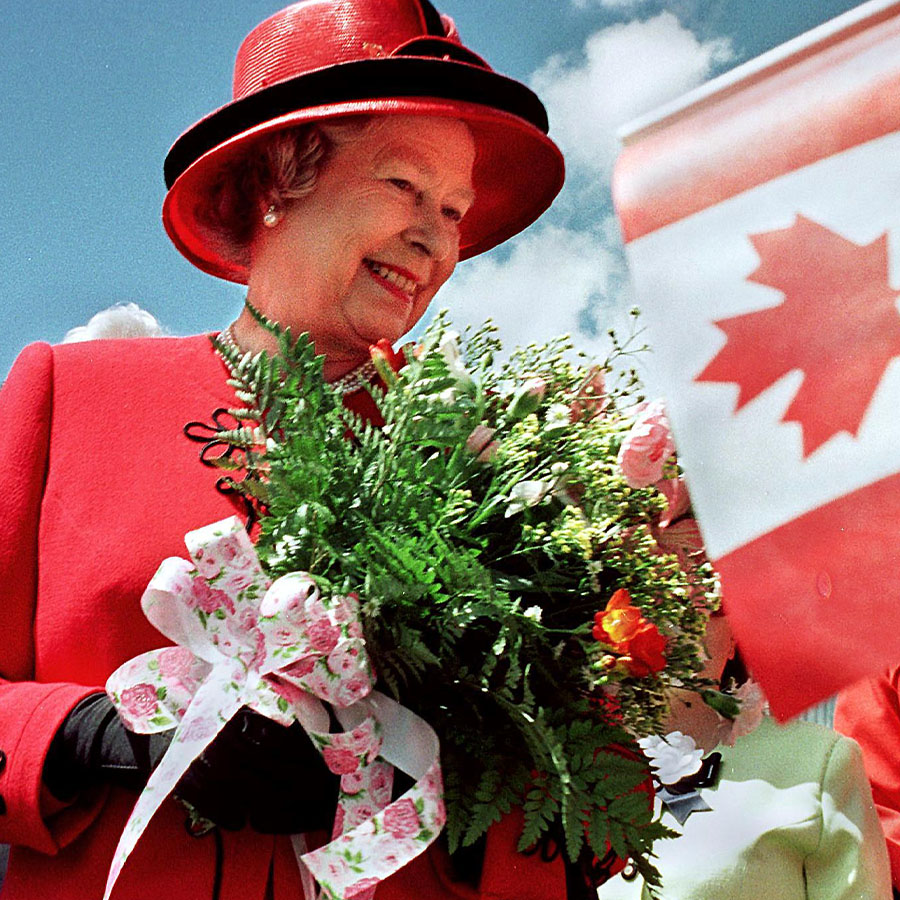 A new survey has indicated an increased desire among Canadians for the country to end its relationship with the monarchy. Photo: Carlo Allegri/AFP/Getty Images

The desire among Canadians to drop the monarchy has reached its highest level in the past 12 years, according to a new poll.

The poll, conducted by Vancouver-based Research Co., found that 45 per cent of Canadians surveyed said they would prefer an elected head of state over the Queen when considering Canada’s constitution.

According to the company the data, from 1,000 Canadians surveyed Feb. 21 to 23, has been “statistically weighted” according to census figures for age, gender and region.

“In four previous national surveys conducted from 2009 to 2020 using this same question, support for an elected head of state had never surpassed the 40 per cent mark across Canada,” Mario Canseco, president of Research Co., said in the press release Monday.

The release also noted that the preference for an elected head of state was up 13 points from a similar survey conducted last year.

At the opposite side of the issue, one in four respondents (24 per cent) said they would like to see Canada remain a monarchy, while 19 per cent said they didn’t “care either way” and 13 per cent were undecided.

The Queen is currently the head of state in 16 countries, including the U.K., Canada, Australia, New Zealand as well as nations in the Caribbean and Pacific Ocean.

Last year, Barbados announced plans to remove the Queen as its head of state to become a republic in time for the country’s 55th anniversary of independence this coming November.

The move would make it the first country to drop the monarchy in nearly three decades —  Mauritius was the last nation to do so in 1992.

In assessing the likelihood of its continued relationship with the Crown, just under half of Canadians surveyed predict Canada will “definitely” or “probably” still be a monarchy two decades from now, while 31 per cent of respondents said they believe the country will have an elected head of state by 2041.

The poll also found that residents in Ontario (53 per cent) and Atlantic Canada (51 per cent) were most likely to predict that Canadians would have the opportunity to elect a head of state in the next 20 years.

That same prediction was lowest among respondents living in Quebec, with only 44 per cent forecasting that Canadians would get a say in its head of state in the next 20 years.

The Next in Line

Regardless of their preference for an elected head of state or the monarch, Canadians weren’t keen on the prospect of Prince Charles taking the throne, with only 22 per cent wanting to see him take over after the Queen dies or abdicates, and 35 per cent preferring Prince William for the job.

Among those Canadians who said they would like the monarchy to continue, 47 per cent reported that they would prefer Prince William as the future King to Prince Charles (39 per cent).

Canadians’ lack of faith in Charles as King was also reflected in a portion of the survey that assessed perceptions of selected members of the Royal Family.

The survey found that the “lowest favourability ratings” were for Prince Charles and Camilla — a position the pair have held in the annual survey three years running.

Despite an increase in Canadians preferring an elected head of state, 70 per cent of those surveyed hold a “favourable view” of the Queen. Respondents also held a favourable view of Prince William (67 per cent), Prince Harry (66 per cent), Kate, the Duchess of Cambridge (64 per cent), Meghan Markle (54 per cent) and Prince Phillip (51 per cent).