Dressed for Spring in a Stunning Floral Hat, Queen Elizabeth Steps Out for Her First In-Person Engagement of 2021 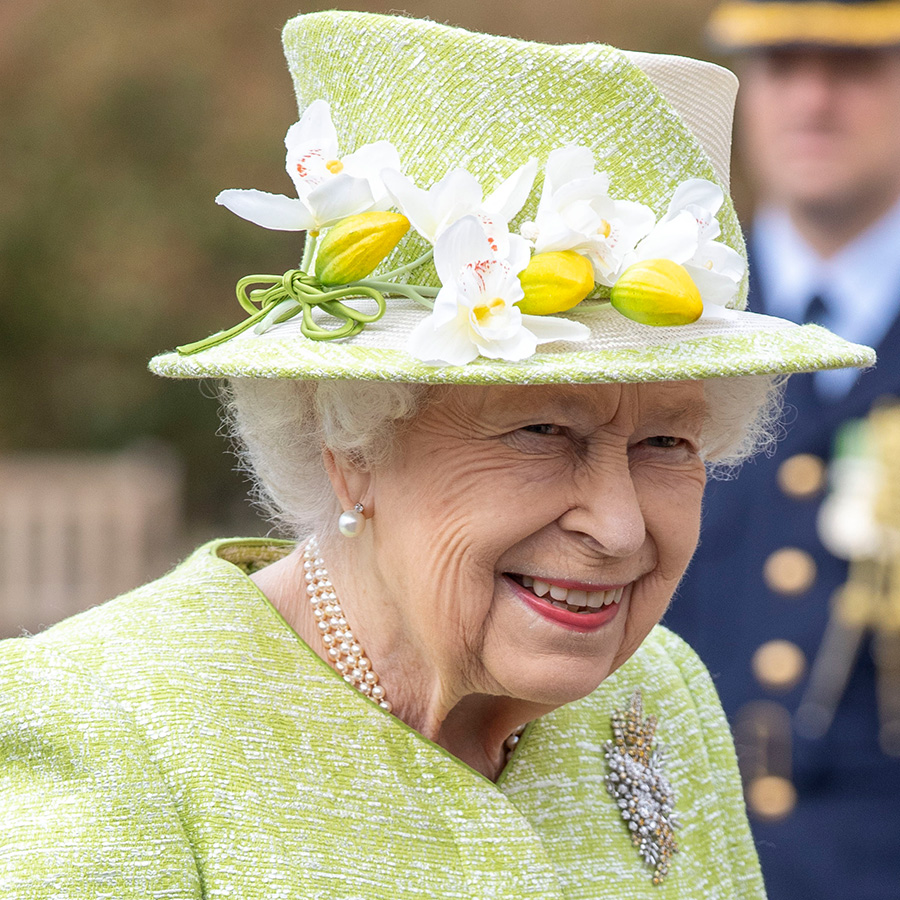 For the first time since December, the Queen is seen outside of Windsor Castle. Photo: Steve Reigate/WPA Pool/Getty Images

Her Majesty, 94, carried out her first in-person outing of the year Wednesday, travelling to Runnymede in Surrey to mark the 100th anniversary of the Royal Australian Air Force at the Commonwealth War Grave Commission Air Forces Memorial. The visit comes as COVID-19 lockdown rules were eased in Britain, allowing groups of six, or two households to gather outside.

Sporting an elegant lime green and ivory jacket with a matching hat adorned with tulips, both by royal dressmaker Angela Kelly, the monarch was very much dressed for spring, inspiring hope for better days ahead. To finish off the look, the Queen wore the Australian Wattle brooch given to her during a 1954 tour of Australia, where she is head of state.

Following a service to mark the anniversary, Her Majesty’s equerry laid a wreath on her behalf. The message on the wreath read: “In memory of the glorious dead, Elizabeth R.”

The monarch also viewed panels listing the names of the Australian war dead and a memorial display of fallen airmen and women before meeting with RAAF personnel.

The Queen, a lifelong dog lover, was also promised a present certain to please: custom made RAAF dog jackets for her two new puppies, named Fergus and Muick reportedly in honour of the Queen Mother’s Scottish heritage. “That’s very kind,” Her Majesty said of the gift. “I look forward to it.”

The dogs, one of whom is a dorgi (a dachshund and corgi mix) and the other a corgi, were gifted to the Queen earlier this month to help her through the stress of her husband, Prince Philip’s recent four-week hospital stay. Initially, the Duke of Edinburgh — who turns 100 in June — was treated for an infection, which was followed by a procedure for a pre-existing heart condition. He was discharged from hospital on March 16, when he was reunited with the Queen at Windsor Castle, where the couple have been isolating most of the past year, amid the COVID-19 pandemic.

During this time, of course, Her Majesty was also dealing with the repercussions of Prince Harry and Meghan Markle’s explosive interview with Oprah Winfrey.

Queen Elizabeth’s last in-person appearance was in December, when senior members of the royal family gathered in the open-air Quadrangle at Windsor Castle to thank front-line workers and volunteers for their efforts during the pandemic.

Throughout the long lockdown, however, the Queen, as well as other members of her family, have tirelessly taken to the airwaves, social media and Zoom calls to express their support for the British people during this difficult time.