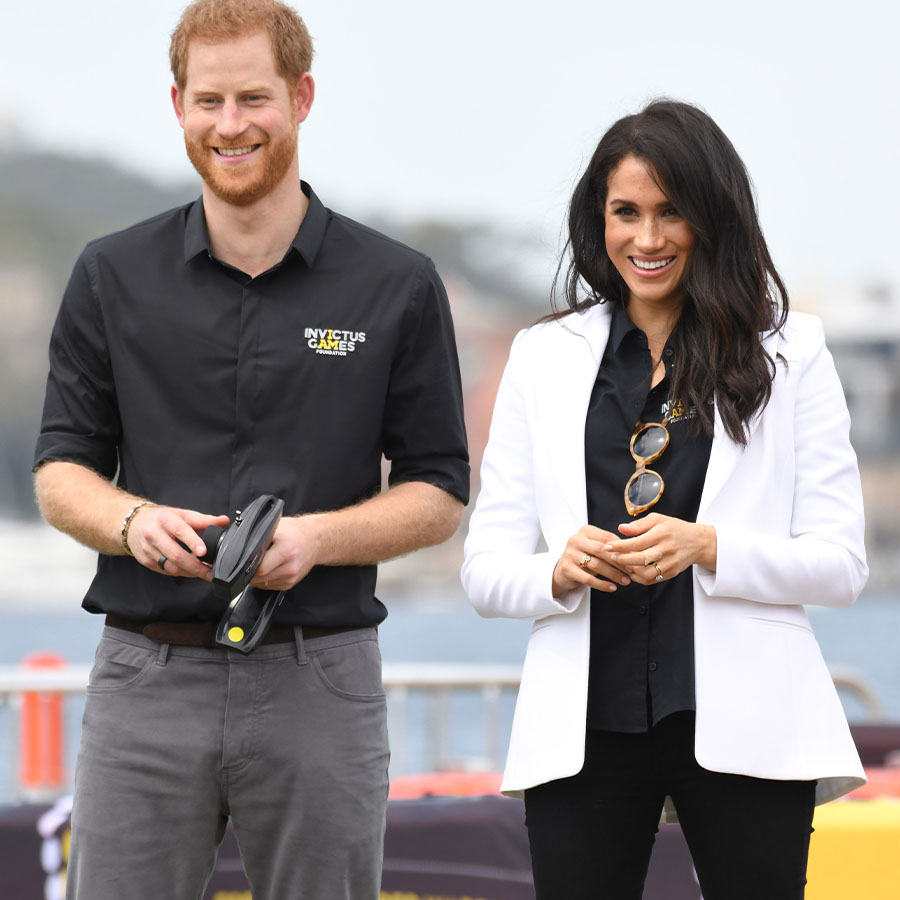 Prince Harry, Duke of Sussex and Meghan, Duchess of Sussex attend an Invictus Games event in Sydney in 2018. The pair announced their first production under their new Netflix deal would feature wounded and disabled veterans training for the games in 2022.  Photo: Karwai Tang/WireImage

Harry and Meghan’s first production for Netflix, announced on Tuesday, comes as no surprise. It’s a documentary series featuring wounded and disabled veterans training for the Invictus Games in 2022 in The Hague, Netherlands.

The international tournament was postponed from 2020 to 2022 because of the pandemic.

Harry founded the Games in 2014 and he made his first public appearance with Meghan at the Invictus Games in Toronto in 2017, where she was filming the TV series Suits. It was in her adopted hometown of Toronto – Meghan reportedly moved to the city sometime in 2011 –  that she and Harry’s romance blossomed after the couple met in London through a mutual friend in 2016. During the event, Meghan was the epitome of classic cool in an oversized white blouse from designer friend Misha Nonoo paired with ripped jeans, a look reminiscent of the iconic outfit that Harry’s mother, Diana, wore during her philanthropic visit to Bosnia in 1997. The Invictus Games is the initiative that Harry’s most appreciated and admired for and the one he’s most proud of. He served in the British Army for ten years, rising to the rank of Captain and taking two tours of Afghanistan, following in the footsteps of his father, Prince Charles, who served in the Army, Navy and Royal Air Force, and his grandfather Prince Philip who held the rank of Lord High Admiral of the United Kingdom. Harry’s great-grandfather and Queen Elizabeth’s father, George VI, fought in the trenches during the First World War and reportedly became the first member of the royal family to quality as a pilot in the RAF.

Harry will appear on camera and serve as executive producer. No role in the production was announced for Meghan who will be giving birth to a baby girl in May or June. But it’s a good guess that she’ll be involved behind the scenes.

The show is being directed and produced by the team of Orlando von Einsiedel and Joanna Natasegara, who won an Oscar for their short documentary, The White Helmet.

Heart of Invictus is described as a documentary but the details suggest a reality show, exploring the personal lives of its star competitors, disabled and wounded veterans training for the competition, as well the efforts of the Games’ organizers.

“Invictus” is a natural for heart-tugging stories of inspiration, perseverance and heroism — all qualities the Duke and Duchess want to be associated with and highlight in their work.

“Since the very first Invictus Games back in 2014, we knew that each competitor would contribute in their own exceptional way to a mosaic of resilience, determination, and resolve,” said Harry, who also serves as a private patron of the Invictus Games Foundation, in a statement.

“This series will give communities around the world a window into the moving and uplifting stories of these competitors on their path to the Netherlands next year … I couldn’t be more excited for the journey ahead or prouder of the Invictus community for continuously inspiring global healing, human potential and continued service.”

While featuring the Invictus Games was a clever move for the Sussexes and will make for good television, the couple is always subject to criticism and snark.

The snark came quickly from the Los Angeles Times, with its focus on Hollywood and the business of show business.

“Behold Harry and Meghan’s first Netflix project” exclaimed the LA Times’ headline.” Step aside, “The Crown.” New royal content is on its way to Netflix.”

And predictably, the British public, or at least those who comment in the Daily Mail, were not impressed.

Among the more than 4,000 comments about the couple’s first Netflix endeavour were many about how the Sussexes were exploiting these injured war heroes for their own personal gain.

“Just shameful,” wrote a Cardiff reader. “The Invictus charity and the athletes are being exploited just for Harry, Meghan and Netflix to make even more money.”

“Despicable to aim to profit from those who have given so much out of loyalty to their Queen and country!,” complained someone from Cranbrook, U.K.

In the end, it probably doesn’t matter much what people think about the Sussexes first project for Netflix, or whether it’s exploitative or inspiration. All that matters, for the future, is whether enough people will watch it.