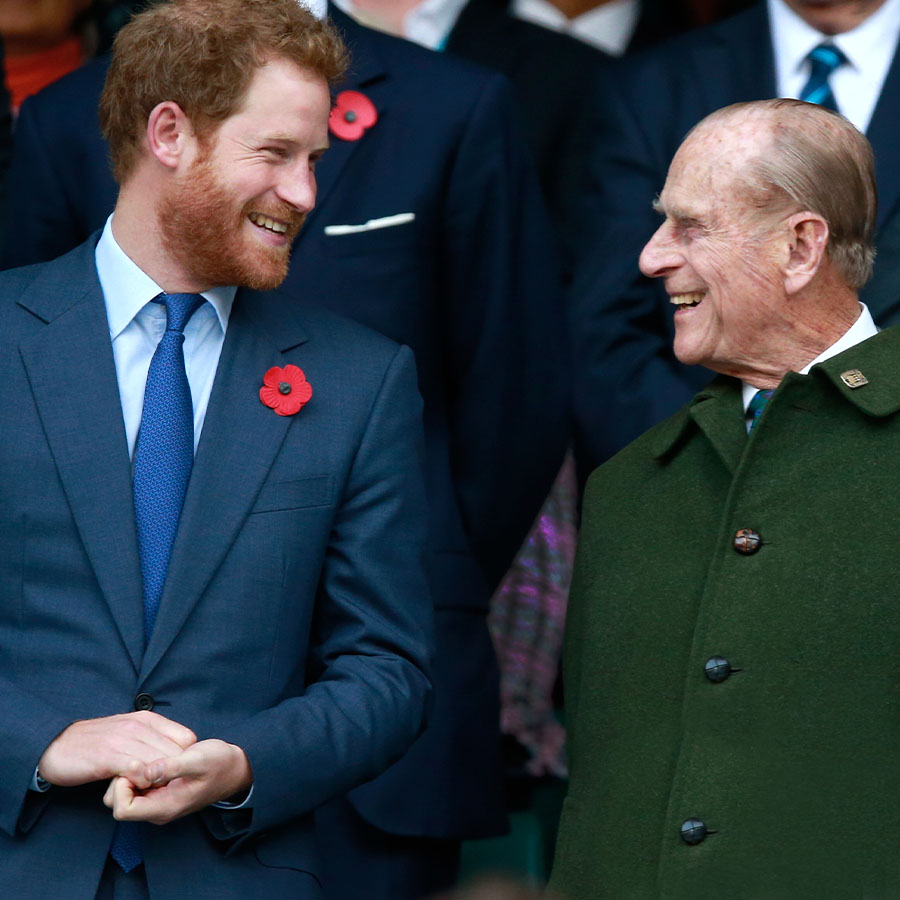 Harry follows in the footsteps of Prince Philip, a long-time champion of the environment and conservation. Pictured together here, the Duke of Edinburgh and Prince Harry enjoy the atmosphere during the 2015 Rugby World Cup Final match between New Zealand and Australia at Twickenham Stadium on October 31, 2015 in London, United Kingdom. Photo: Phil Walter/Getty Images

For Earth Day, the Duke of Sussex collaborated with the non-profit organization African Parks on a stunning video about the importance of preserving national parks and protected areas across the continent.

Also, speaking out for the first time since Prince Philip’s funeral on Saturday, the 36-year-old duke honoured his grandfather’s legacy as a staunch conservationist.

“On this Earth Day, I reflect on generations of conservation champions, including my late grandfather, and feel proud and energized to continue doing my part in this legacy,” Harry said in a statement.

“This year especially, I join the incredible African Parks team and communities around the world in shared dedication to our environment and collective well-being.”

The “Hope Starts Here” video clip, narrated by Harry, shows stunning footage of African parklands and protected areas. “These vital landscapes are helping to safeguard Africa’s biodiversity, serving as a foundation for a healthy planet and delivering benefits to hundreds of thousands of people,” he says.

He ends the clip on an uplifting note, saying: “Hope starts here with the places that we are protecting now to ensure a healthy future for us all.”

The duke has served as president of African Parks — an organization that consists of 19 parks in 11 countries across Africa — since 2017.  Harry also spent three weeks in Malawi, in 2016, helping to move elephants more than 320 kilometres to the Nkhotakota Wildlife Reserve for their safety.

Africa has long been a place close to Prince Harry’s heart; at one point, he even called it his “second home.” Early in his relationship with Meghan Markle, the couple took a romantic camping trip under the African stars, and at the centre of Meghan’s engagement ring is a diamond from Botswana (famously flanked on both sides by two smaller diamonds from the personal collection of Harry’s late mother, Diana, Princess of Wales, who also had close ties to Africa through her philanthropic work.)

Harry and Meghan embarked on a royal tour of South Africa in the fall of 2019, along with their son Archie, who was four months old at the time.

The Future of Tourism: Prince Harry Sparks a New Buzzword for Travel