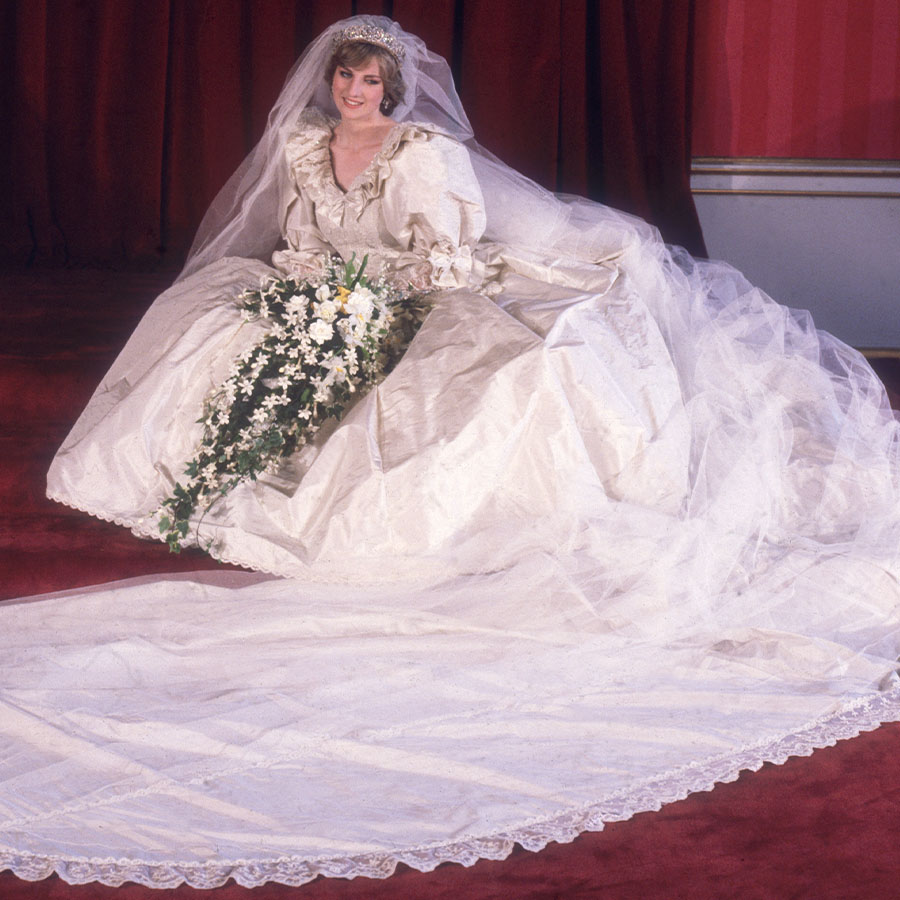 The exhibition will also feature never-before-seen items from the archives of the most celebrated royal couturiers of the 20th century. Photo: Fox Photos/Getty Images

It was nearly 40 years ago when Lady Diana Spencer walked down the aisle of St. Paul’s Cathedral to marry her prince, Charles, as the world watched. Her now iconic billowing ivory silk wedding dress, created in secret by designers David and Elizabeth Emanuel, would have the longest train in British royal history (25 feet in length), large puffed sleeves and a fitted bodice formed from antique Carrickmacross lace that originally belonged to Queen Mary, the Queen’s grandmother.

Now, for the first time in decades, the dress can once again be viewed by the public in a special exhibition at Diana’s former home, Kensington Palace. The exhibit, “The Royal Style in the Making,” opens on June 3, 2021. It will explore the intimate relationship between royals and their fashion designers.

Historic Royal Palaces, which manages public events at Kensington Palace, described the exhibit as featuring “never-before-seen items from the archives of some of the most celebrated royal couturiers of the 20th century, set alongside examples of the glittering gowns and stylish tailoring created for three generations of royal women.”

“The exhibition will offer visitors a sneak peek into the rarefied world of the atelier, unpacking how some of Britain’s finest designers rose to the challenge of creating clothing destined for the world stage,” Historic Royal Palaces said in a statement.

“From the symbolic power of a coronation gown to the romance of a royal wedding dress, the designs on show helped shape the public image of the British monarchy, and promoted the British fashion industry on a truly global scale.”

Diana’s famed gown, which now belongs to her sons Princes William and Harry, is on loan for the exhibit that will run until January 2022. The dress was last displayed at Kensington Palace in 1995, but was later exhibited at Althorp, her childhood home.

This summer, on July 1, would have been Diana’s 60th birthday. To mark the occasion, William, 38, and Harry, 36, are set to unveil a statue of their mother on palace grounds in her honour. Diana died tragically in 1997 following a car accident in Paris.