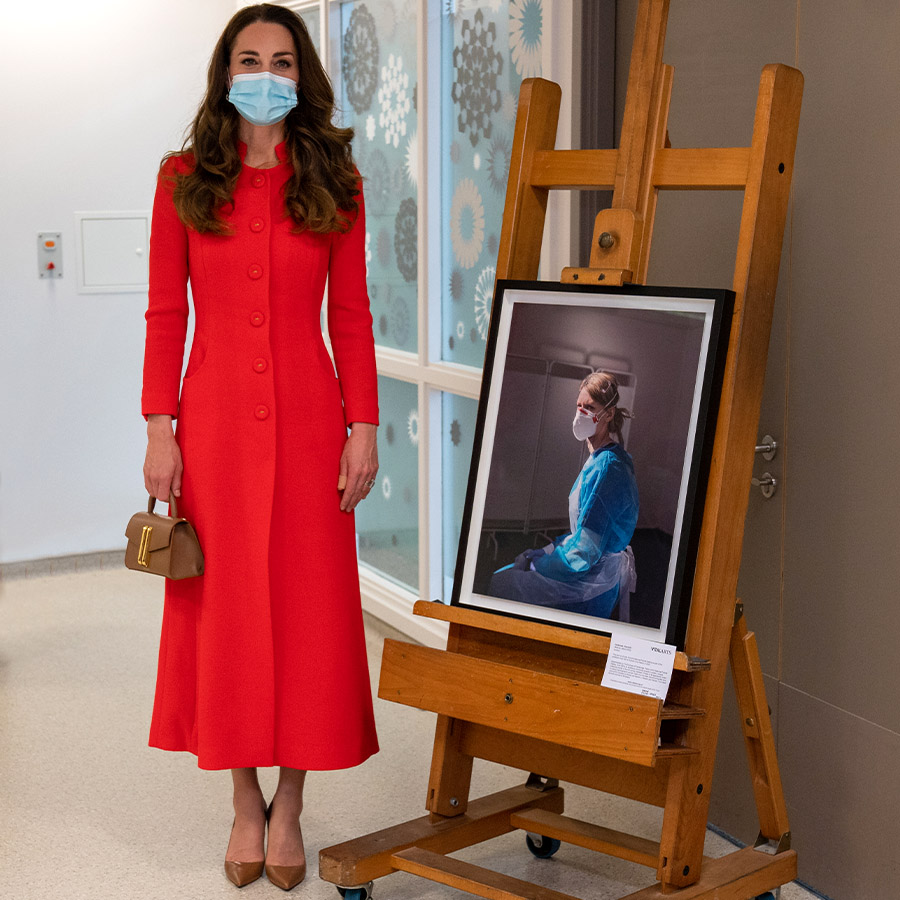 Catherine, Duchess of Cambridge marked the publication of her book, 'Hold Still', with a treasure hunt across the U.K. Photo: Arthur Edwards - WPA Pool/Getty Images

Catherine, Duchess of Cambridge, has released her new photography book Hold Still: A Portrait of Our Nation in 2020 — and after only a few hours, it became a bestseller.

The book, which is the result of a project begun last year by Kate in partnership with the National Portrait Gallery, contains a collection of 100 pictures illustrating people’s lives and individual experiences during the pandemic. Photos include exhausted and heartbroken health-care workers, a child ‘glass-kissing’ a family member outside a window of a long-term care home, and even Captain Tom Moore — the charitably minded centenarian who helped to raise the spirits of the country, and the world.

As befitting such a book, Kate celebrated the launch in a special way — a nationwide treasure hunt for copies, with the Book Fairies organization, leaving them “at places that gave us hope during lockdowns.” Tucked inside is a personal letter from the duchess herself. According to a release, 150 copies of the book were placed in hidden locations around the U.K.

One of these locations is no longer a secret. The duchess, 39, can be seen placing a book next to a fountain outside Kensington Palace, where she was filmed wearing a striking bespoke red coat from Eponine over a beige pleated skirt and matching heels and handbag. In the introduction to the book, Kate writes: “When we look back at the COVID-19 pandemic in decades to come, we will think of the challenges we all faced — the loved ones we lost, the extended isolation from our families and friends and the strain placed on our key workers.

“But we will also remember the positives: the incredible acts of kindness, the helpers and heroes who emerged from all walks of life, and how together we adapted to a new normal.”

She adds that, through the book, she “wanted to use the power of photography to create a lasting record of what we were all experiencing — to capture individuals’ stories and document significant moments for families and communities as we lived through the pandemic.”

At the start of the project, Britons were invited to submit photos taken during the nation’s first lockdown. Of the 31,000 entries submitted, Kate, along with a panel of judges, selected 100 portraits, which were shown in digital and community exhibitions.

“It was with great pleasure that I had the opportunity to look through a number of portraits that made the final 100 images for the Hold Still photography project. The Duchess of Cambridge and I were inspired to see how the photographs have captured the resilience of the British people at such a challenging time,” the monarch said in a statement.

“The Duchess of Cambridge and I send our best wishes and congratulations to all those who submitted a portrait to the project.”

Kate, patron of the Royal Photographic Society and herself a talented amateur photographer, has launched other high-profile initiatives including a tribute to the 75th anniversary of the Holocaust and Holocaust Memorial Day in the U.K., for which she photographed two survivors at Kensington Palace for an upcoming memorial exhibit. She has also trained her lens on her children — Prince George, 7, Princess Charlotte, 6, and Prince Louis, 3 — for birthday portraits as well as capturing their support of front-line workers and isolated seniors during the pandemic.