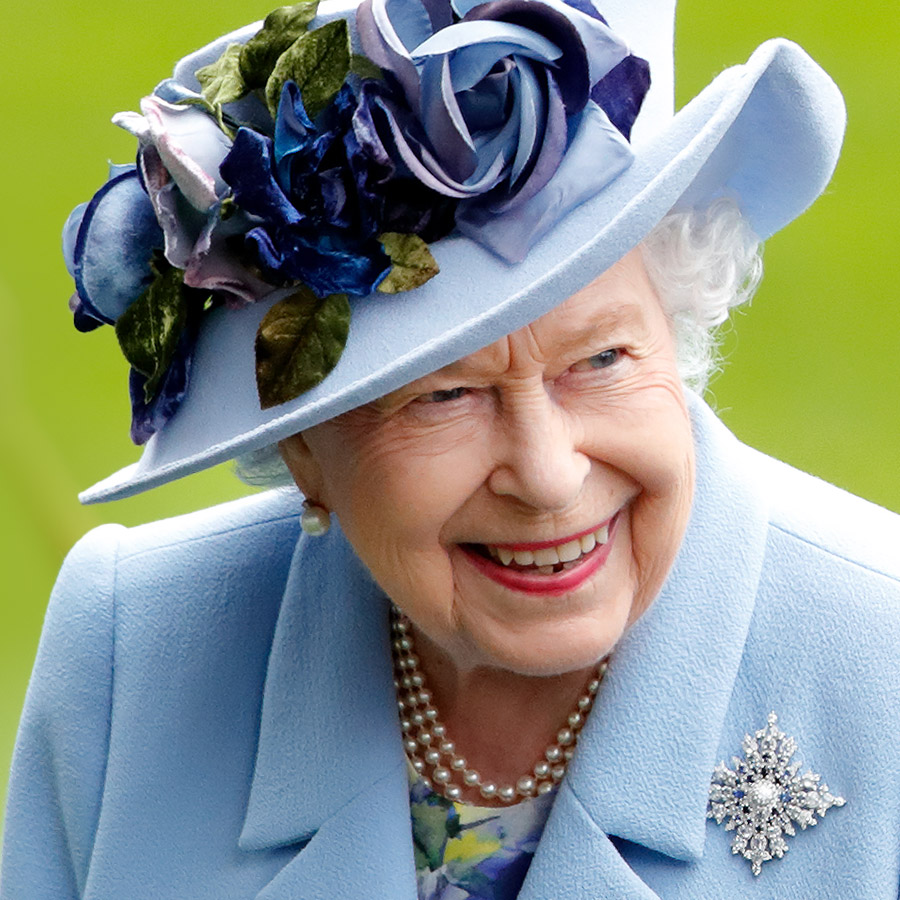 Buckingham Palace announced plans this morning for four days of celebrations next year to mark the Queen’s Platinum Jubilee.

The Queen will mark 70 years on the throne on February 6, 2022 but, as February weather in Britain is typically dismal and not conducive to outdoor celebrations, the festivities surrounding that record-breaking milestone will wait for when warmer weather arrives in June.

Both her Golden and Diamond Jubilees were also scheduled for June for the same reason. Queen Elizabeth II is set to be the first British monarch to celebrate a Platinum Jubilee. She will be 96 years old at the time of the event.

To be held over a long weekend beginning exactly a year from today (Thursday June 2 through Sunday June 5, 2022) — referred to in Britain as a four-day bank holiday — the highlights will include a pageant of 5,000 performers, a live concert at Buckingham Palace (billed as featuring “the world’s biggest stars”) and the Derby at Epson Downs (doubtless to be a highlight for the Queen who, of course, is a keen horsewoman and racing fan).

Other items on the agenda include a Friday Service of Thanksgiving for the Queen’s service to the country, to be held at St. Paul’s Cathedral (which many will remember was where Charles and Diana were wed forty years ago), and Sunday street parties, to be known as the Big Jubilee Lunch, as well as the pageant featuring performers from all over the Commonwealth.

The focus will be on that June weekend, but Jubilee celebrations will be held through the entirety of 2022 in Britain and the Commonwealth.

Trooping the Colour, meanwhile, is the traditional parade to celebrate the monarch’s official birthday. In 2022, it will take place on the Thursday of the long Jubilee weekend.

This year, however, it is set for June 12. As it will be the first major event on the royal calendar the Queen will attend since the death of her husband, Prince Philip, in April, it was also announced that she will be accompanied instead by her cousin, Prince Edward, Duke of Kent. Edward is the son of Prince George, the former Duke of Kent, who was the brother of Elizabeth’s father, King George VI.

This selection is not unprecedented: in 2013, when Prince Philip was unable to attend Trooping the Colour at the Queen’s side due to illness, Prince Edward took on the duties.

The 2021 event is set to be modified in observance of pandemic restrictions; like last year, there will be a smaller event held in the quadrangle of Windsor Castle rather than taking over the streets of London for the parade and military flyby (with its famous arrangement of extended family on view at the balcony of Buckingham Palace — usually the year’s best royal photo op — bringing out the fanciest military uniforms, as well as monochromatic outfits and hats for the ladies who don’t hold honorary military titles).

By 2022 and the Platinum Jubilee, it is hoped that all the grandeur of the past will return, along with a celebration even larger to mark this remarkable landmark of 70 years of duty.

And while the Jubilee and its promise of very large public gatherings and exuberance feels quite remote after the long year of pandemic restrictions, the timing of a big party a year from now couldn’t be better.

It will hopefully give the Queen time to mourn the death of her beloved husband, as well as to put some distance between the drama in the family (the scandals involving Prince Andrew and the turmoil around the leave-taking of Harry and Meghan from official royal duties and their continued airing of palace laundry on American media platforms).

It is also fortuitous that the Jubilee falls well after the unveiling, this coming summer, of the statue tribute to the Queen’s late daughter-in-law, Diana, Princess of Wales, by her sons in Kensington Gardens on what would have been her 60th birthday (July 1).

The reunion of William and Harry at the event will draw much scrutiny and add pressure to an already difficult relationship between the brothers.

A year of healing and renewal for the palace as we all re-learn how to be together again, then, sounds like the recipe for a blowout Platinum Jubilee.