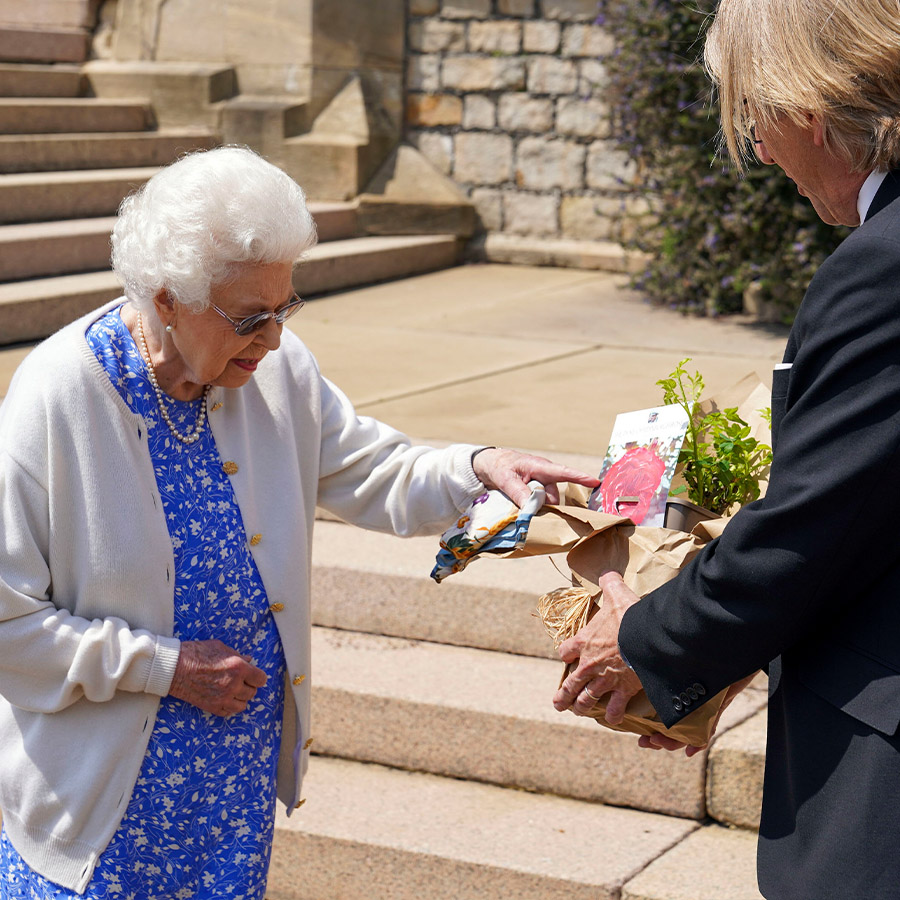 Queen Elizabeth II receives a Duke of Edinburgh rose, given to her by Keith Weed, President of the Royal Horticultural Society, at Windsor Castle on June 9, 2021. A royalty from the sale of each rose will go to The Duke of Edinburgh's Award Living Legacy Fund. Photo: Steve Parsons/WPA Pool/Getty Images

Queen Elizabeth II has been given a rose named after her late husband Prince Philip to mark what would have been his 100th birthday on Thursday, as the royals paid tribute to the family’s former patriarch.

Philip, the Duke of Edinburgh, died on April 9, just two months short of his landmark birthday after more than seven decades of marriage to Elizabeth, who is 95.

The Palace said that last week Elizabeth had been presented with a Duke of Edinburgh Rose – a newly bred pink commemorative rose – in his memory.

The Queen and duke’s eldest son Prince Charles said on Twitter that he was remembering his father, while youngest son Prince Edward said it was a day to celebrate the life of Philip, whom he described as a “larger than life person.

“We would have loved it if he had been here and been with us, but then birthdays were not necessarily his, you know … he didn’t really want all the fuss and bother,” Edward told the BBC.

Asked about the difficult few months for the Royal Family, after an explosive interview given by the Queen’s grandson Prince Harry and his wife Meghan to U.S. chat show host Oprah Winfrey, Edward said he felt sadness.

“There are all sorts of issues and circumstances there. We’ve all been there,” he said.

He wished Harry and Meghan happiness following the birth of their second child Lilibet last Friday, sidestepping a row about whether they had asked the Queen permission before using her family nickname for the name.

The commemorative rose has been planted at the rose border of the East Terrace Garden at the Queen’s Windsor Castle home west of London, where she has spent most of her time since the outbreak of the COVID-19 pandemic and where her husband died.

A royalty from the sale of each rose will go towards the Duke of Edinburgh Award Living Legacy Fund, supporting a scheme for young people that Philip set up and which now operates in more than 130 countries.