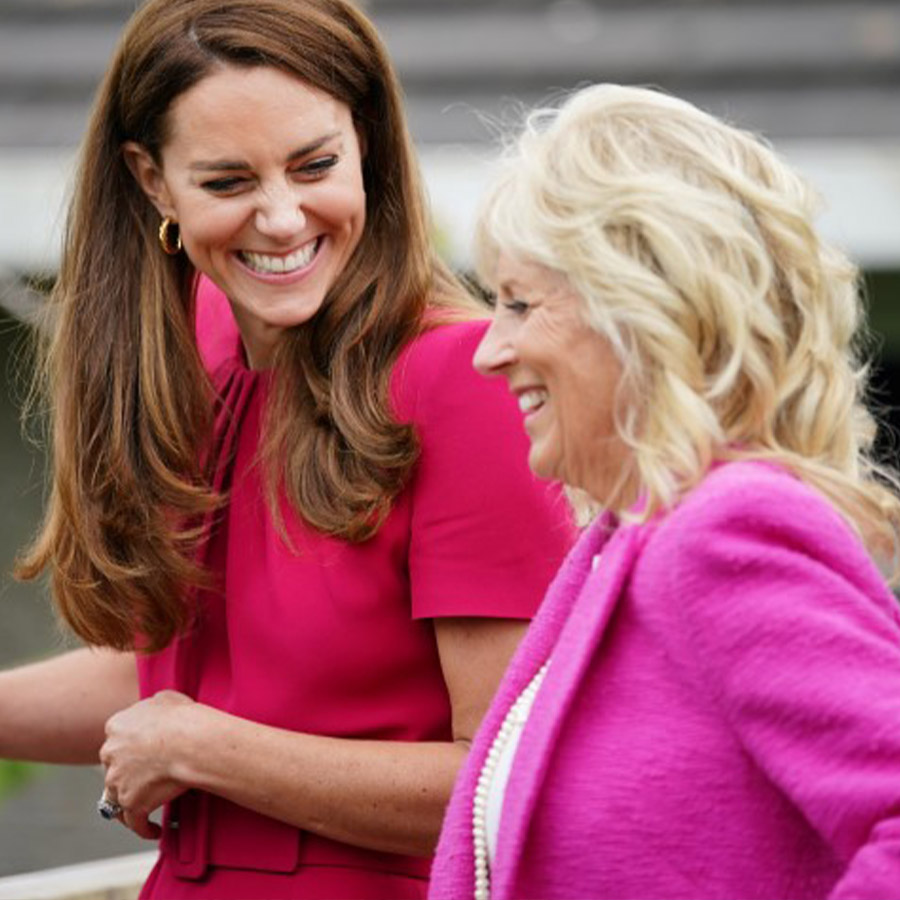 U.S. first lady Jill Biden visited a school in Cornwall with Kate, Duchess of Cambridge on Friday, as senior members of Britain’s Royal Family joined world leaders for series of events around the G7 summit on Friday.

Queen Elizabeth, her son Prince Charles and his wife Camilla, and the heir’s eldest son Prince William and wife Kate were all due to join the heads of the some of the world’s richest nations, gathering for a three-day meeting in southwest England.

At a school visit in Cornwall, Biden, the wife of the U.S. president, and Kate, sat with children in a classroom as they learned about environmental issues, and then watched, chatting and laughing, as the children fed the class’s rabbit outside.

“These kids are so smart,” Biden said, as she admired their handwriting and they showed her a book about climate change activist Greta Thunberg.

The pair then spoke to a group of childhood experts.

“I wanted to say a personal thank you and welcome to Dr. Biden, it’s a huge honour,” Kate said as she opened a discussion on early years education, one of the main focal points of her charity work.

Kate, who has three children with William, was also asked about her new niece, U.S.-based Prince Harry’s daughter Lilibet who was born last week, and said she hopes to meet her soon.

For Biden, the trip echoes similar school visits by former U.S. first ladies Melania Trump and Michele Obama on their trips to Britain, although they did not have a royal to accompany them.

The British royals are playing a prominent role at the G7, with Charles and William also hosting an event between business chiefs and the world leaders to discuss how the private sector can work with governments to tackle climate change.

The Queen, who will also take part in an event with Kate after the G7 reception, is also due to meet the Bidens for tea at Windsor Castle on Sunday after the summit has concluded.

“Joe and I are both looking forward to meeting the queen,” the first lady said on Thursday. “That’s an exciting part of the visit for us.”