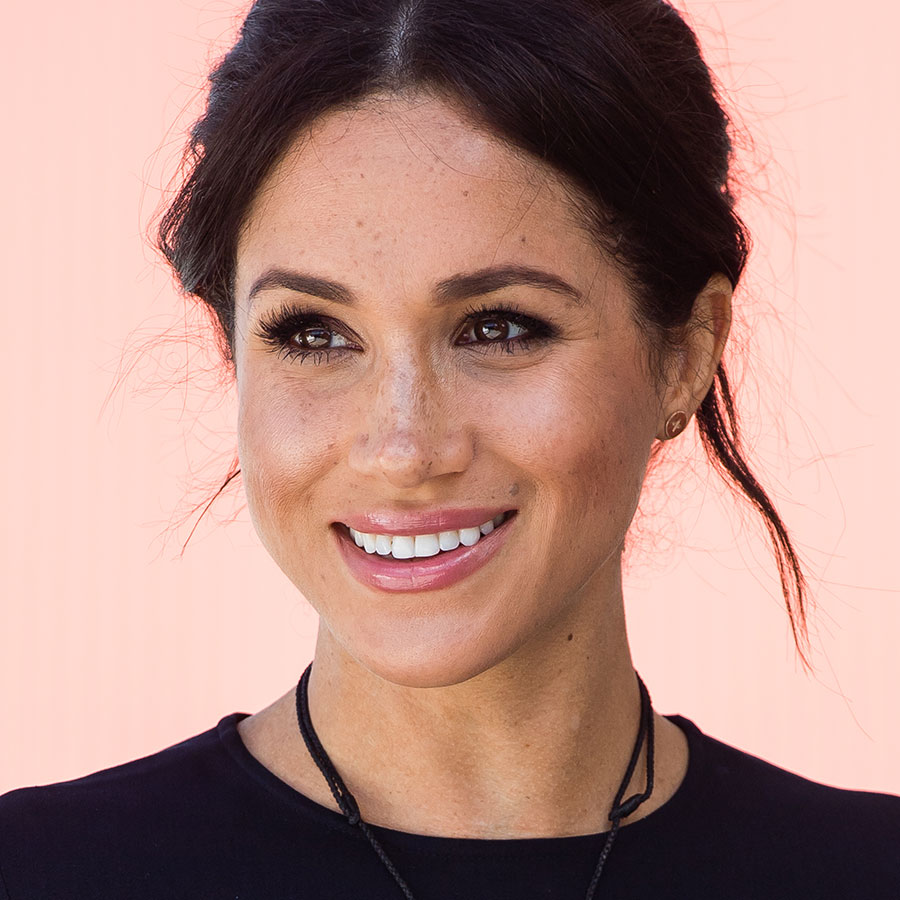 Meghan Markle, seen here during a 2018 royal engagement in Rotorua, New Zealand, turns 40 on Wednesday with everything from media deals to a long-awaited charity roll out. Photo: Samir Hussein/Samir Hussein/WireImage

Meghan Markle turns 40 on Aug. 4. On the morning of her birthday, Markle announced an unusual new initiative pegged to her birthday on the royal couple’s Archewell website. Called 40 x 40, named for the 40 friends she asked to kick off her new mentorship initiative, tied to the vast numbers of women—an estimated 10 million around the globe — who have left the workforce due to various factors of the pandemic. Simultaneously, celebrities who participated in the concept—from young poet Amanda Gorman to funny lady Melissa McCarthy — designed to encourage women to give back in the form of mentorship, began to post on social media. Other famous participants include Adele, Deepak Chopra, Gloria Steinem, Amanda Nguyen, Sophie Grégoire Trudeau and Stella McCartney.

WATCH: Meghan Markle Teams Up With Melissa McCarthy for Her 40th Birthday Video — Along With a First Glimpse of Baby Lilibet and a Cameo Appearance From Prince Harry

As this project rolled out, birthday greetings for the Duchess popped up from her British-based family members. The Duke and Duchess of Cambridge account, the Clarence House (Prince of Wales and Duchess of Cornwall) and the main Royal Family account all posted informal snaps of Markle, warmly wishing her many happy returns on her milestone birthday.

The Royal Family tribute featured a collage of photos including a 2018 shot of Markle and the Queen at the ceremony to open the new Mersey Gateway Bridge, where several snaps of the pair laughing with one another were taken.

Prince Charles and his wife Camilla also sent along their birthday wishes with a close-up portrait of the Duchess.

Meanwhile, the Duke and Duchess of Cambridge shared a solo shot of Markle taken during a 2018 royal tour of Australia, New Zealand, Fiji and Tonga.

It’s been five years since she met her prince. How neatly wrapped is that? Predictably, the British press is using her milestone birthday as an opportunity to rake muck over the greatest hits (and strikeouts) of Meghan’s life and career. A Channel 5 documentary aired in Britain last week, entitled “Meghan at 40: The Climb to Power,” a mini-referendum on what her legacy will be within the Royal Family. Then this past weekend, a Times of London headline read “Meghan at 40: From Deal or No Deal to Oprah.” To be fair, the headline is a tad inflammatory; the story within outlines Meghan’s brief royal years in a more even-handed fashion.

But my question is this, can we not turn the page on rehashing the past? Is there a micro-detail about the American divorcee television actress marrying the beloved second son of Princess Di that we don’t know? A 40th birthday should be about looking forward. After all, these days 40 is rather a youthful perch in the longer, healthier lives we now lead.

Let’s instead look at the number five. We traditionally break down life into a series of five-year plans, akin to good business planning. Well, Meghan has accomplished a whole lot in the past five years. It is commendable, really. Makes me tired thinking about how she went from a first blind date in July of 2016 to married with two kids and chickens in a mansion in Montecito funded by massive multimedia deals — in between were two continental moves, a full-scale royal wedding complete with carriage ride, gospel choir and the Clooneys all watched by billions, a ferocious standoff with the Men in Grey Suits who run the palace, an international incident (let’s call it Hexit this once, as the blame has always fallen too squarely on Meghan’s shoulders with that moniker), as well as innumerable KO rounds with the tabloid press. That’s a lot of stuff. Sheesh, I’m still trying to get my spice pantry in order from when I moved five years ago.

The middle part, Meghan’s brief princess years, will eventually be among the most documented sagas of modern time; husband Harry is writing his own version now, part of a multi-book deal that is the couple’s latest media coup. But the actual transformation of Meghan’s life — from where she was in 2016, shooting Suits in Toronto, to where she is now, tucked in to a gilded life in a gated California compound — is what is interesting here. It is nothing less than a complete recasting of herself and her life.

The second most resonant thing is how polarizing Meghan is: royal fans and now international consumers of the media she and Harry are peddling either love her or hate her. There is no soft nuanced in-between, as is the case with Catherine, the sister-in-law to whom she was so often (and often unfairly) compared to in her palace days. Catherine is the opposite of polarizing: she is steady and dependable, discreet and proper. All admirable traits indeed, many of which she shares with Prince William, and which hold them in excellent stead for their predetermined destinies as king and queen, worlds away now from the future of the Sussexes. When the Cambridges both turn 40 next year, they may seem a tad older than Meghan: the clothing of a life of formal duties tends to suggest an image of maturity beyond one’s years; whereas the wardrobe of a Hollywood celebrity creates an image that is sun-kissed and laid-back, viewed through California’s wellness-obsessed Vaseline lens. Right on cue, next on Meghan’s to-do list is: a (rumoured) wellness book of her own to follow up on her recently released children’s book (which she wrote while preggers in a pandemic, so kudos).

But why should Meghan not live out her American dream? Why should Harry not enjoy the good life outside of the palace gates? The hierarchy of the Royal Family, if it wasn’t plain to him before, certainly became crystal in the early years of his marriage to Meghan. In a continental divide, the British tend to see Harry and Meghan’s leave taking as a betrayal. Americans, schooled in the empowered, self-determined grail of personal growth by Queen Oprah, tend to see the Sussexes emancipation as admirable. We Canadians, who feel a bond with the Crown and its traditions as well as the pull of the modern American-style cult of individuality, are more torn by ambivalence. But we are unlikely to have completely neutral feelings on the subject of Meghan, in particular.

Let’s hope then that Meghan is finally happy, because with the kind of energy she has shown in the past five years just think what the next five could bring? Both the Duke and Duchess of Sussex have reiterated that they want to live a different kind of life of service. The details of their Archewell Foundation are still unclear, the pandemic putting the brakes onto the rollout they had planned for. They have signed, as before, a whole lot of contracts, with Netflix, Spotify, Penguin-Random House, and will have a plateful of content creation to attend to. But they have already made a mark, in this era where celebrities of all kinds have begun to change the conversation around mental illness, shifting stigmas by sharing their own pain and what helped them get through the tough parts.

If Meghan can get beyond some of the breezy aphorisms she is so fond of and get down to the business of the more hands-on helping as practiced by her famous late mother-in-law, someone with the ambition and work ethic of Meghan could move some real change in the world. Yes, we have put a lot of expectations on her shoulders — and she is just two months postpartum with a toddler also running around — but Meghan has set those expectations herself. Articulate and impassioned, perhaps the real thing she may have to put into their next five-year plan is how to stick with all the gigantic issues and projects she and Harry have taken on.

The thing Meghan could have learned from the Royal Family — one thing it does very much right — is that the game of life is long if you are lucky, and that you win hearts and minds by putting in consistent, plodding even work over time.

Is there a risk of them getting California flakey and becoming dilettantes in the manner of Harry’s forebears the Duke and Duchess of Windsor? Or do they take more from the life lessons of his Granny and Grandfather, the Queen and Prince Philip, whose exemplary public service is a shining beacon?

The Sussexes have begun their new American lives in big, bold strokes. They have rolled out lot of stuff at once with a big bang and flashing banner. In their palace work, they were criticized for lacking follow through on their initiatives, but that may have been due to the extraordinary circumstances they faced and the short time they were actually working royals together. Meantime, let’s give the Sussexes some peace and time to fulfill their early promises and projects, when COVID is in the rearview (and Meghan finished her mat leave).

Life is about the follow through. What being over 40 is really about is the maturity that age brings, or should bring: an attention to detail, and a backbone to ride out the boring parts. That is what I hope for Meghan, a woman we all weirdly feel we know, with her level of exposure and the sharing of feelings that has gone on. I hope that her next five-year plan is less about giant steps and more about the one foot in front of the other execution that is what real change is made of. The 40 x 40 project is a promising giving-back beginning for this next chapter of her life.