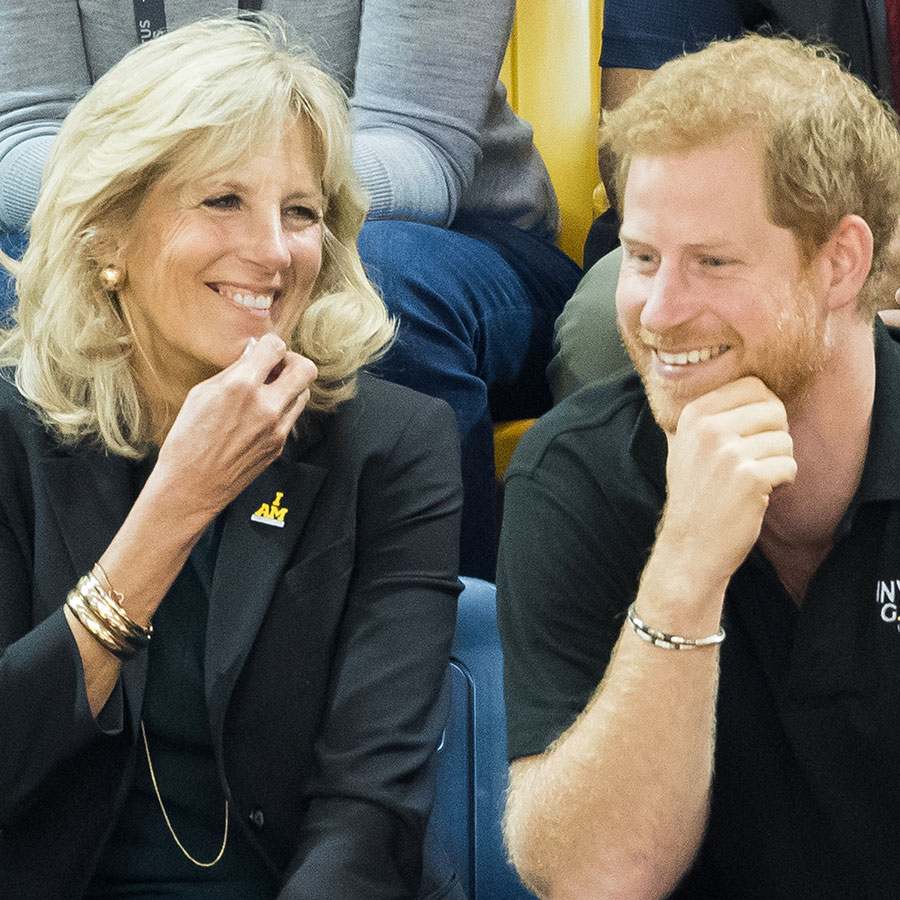 The White House has tapped Prince Harry for a cause close to his heart. Dr. Jill Biden had been due to attend the 2021 Warrior Games in Orlando, which were scheduled to take place this week but have been cancelled due to COVID concerns around the safety of athletes, as well as families and spectators.

The office of the first lady announced Monday that Prince Harry would join Dr. Biden for a virtual event connected to the cancelled games. Like the prince, the first lady has also long been passionate about wounded veterans’ causes. In fact, Dr. Biden first met Prince Harry as the second lady, back in 2013, at an event in Washington for U.S. and U.K. wounded warriors.

It was also in 2013 that Prince Harry first attended the Warrior Games, held that year in Colorado. He has said that the experience is what drove him to create his own Invictus Games for wounded servicemen and women, who come from some two dozen countries around the world to compete. The 2021 Invictus Games have been postponed for the same health and safety concerns; plans are in the works to hold the competition early in 2022.

The first lady and the Duke of Sussex continued to stay in touch over the issue over the years, with Dr. Biden attending the first-ever Invictus Games in London, in 2014.

For the 2016 Invictus Games, held in Orlando, the Bidens showed their support for Harry’s event in a Twitter back-and-forth that included Harry’s grandmother, the Queen.

Then, famously, in 2017, the Obamas and the Bidens came as a fabulous foursome to Toronto to support Harry’s Invictus Games in this city. The presence of the former president and vice-president was a show of solidarity for Harry and his cause.

Melania Trump also made an appearance for the event. In addition to the geo-political star power Harry drew at the time, it was also a particularly media-intense games for another reason. The Invictus events in Toronto also marked the public debut of Harry’s then-new-love, Megan Markle, a Toronto resident at the time while she was shooting Suits. Remember the excitement when Markle showed up in the stands wearing the now-famous “Boyfriend Shirt” by her friend, British designer Misha Nonoo? Paired with ripped jeans the “first” official photos of the couple together now look like a particularly poignant bookend to Meghan’s more formally attired time as a working royal; now she is back on North American soil, and back to dressing like a more laid-back version of herself.

It has been much speculated how much Harry and Meghan would interact with the centre of U.S. political power now that they are fully established in Montecito, running their Archewell Foundation and managing their Netflix and Spotify and other media mega-deal responsibilities. Now that they are no longer senior working British royals, the lines are blurred. Much was made of the Sussexes (who are still on maternity and paternity leave, of course, following the birth of their second child, daughter Lilibet Diana) not being invited to Barack Obama’s 60th birthday celebration in Martha’s Vineyard earlier this summer, where the guest list was greatly abbreviated also due to COVID concerns.

But the playing field of wounded warriors is a place where Prince Harry and the current occupants of the White House have a long and deep established connection. This joint virtual venture today, reportedly scheduled for 6:00 p.m. EDT, cements that commitment to a common cause.

Prince Harry Will Publish a Memoir in Late 2022