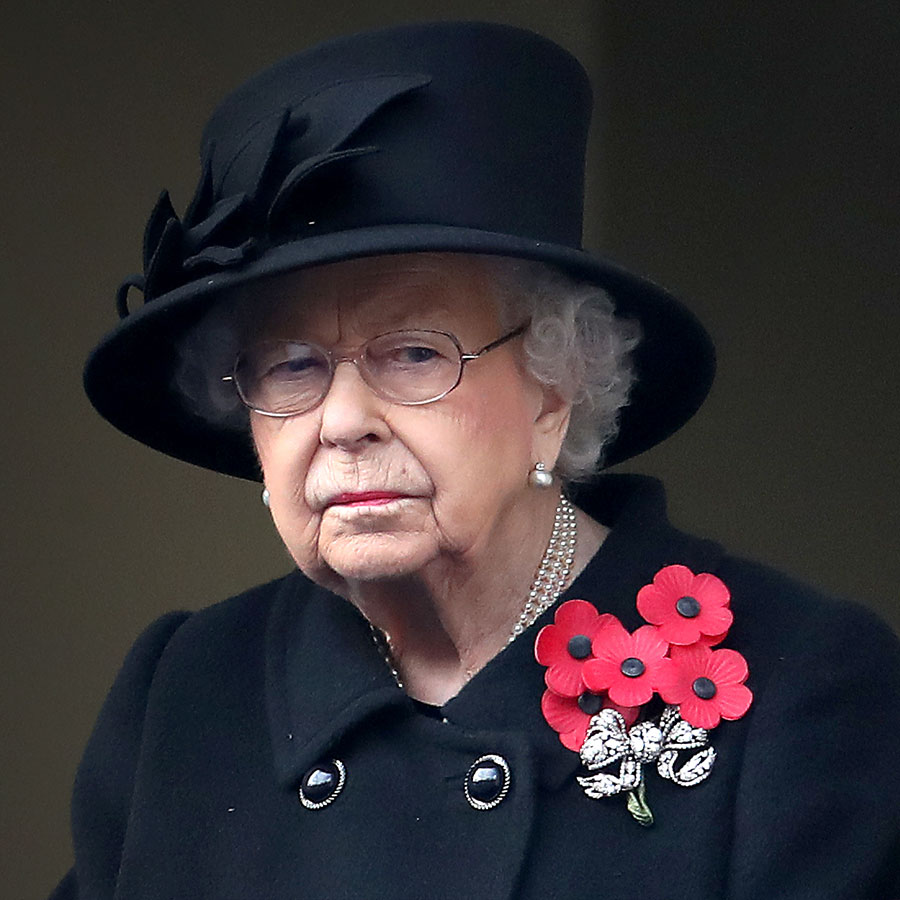 Her Majesty, pictured here at the Service of Remembrance at the Cenotaph on Nov. 08, 2020, has been absent from public life since she was advised by doctors to rest following a stay in hospital last month. Photo: Chris Jackson / Getty Images

Britain’s Queen Elizabeth missed the Remembrance Sunday service at the Cenotaph due to a sprained back, extending the 95-year-old monarch’s absence from public life after she was ordered to rest following a stay in hospital last month.

A Buckingham Palace source said the sprain was unrelated to the unspecified ailment that caused the Queen’s hospital visit, calling it an “incredibly unfortunate coincidence”.

But Elizabeth’s absence from an engagement she sees as one of the most significant of the year will increase concerns about her health.

The ceremony would have been the Queen’s first in-person public engagement since she was advised to rest after spending a night in hospital on Oct. 20-21.

“Her Majesty is disappointed that she will miss the service,” the palace said in a statement on Sunday.

Prime Minister Boris Johnson said on Sunday evening he had seen the Queen last week and wanted to reassure the nation that she was well.

“I did see the Queen for an audience last week, on Wednesday in Windsor, and she’s very well,” he told reporters.

In her 69 years on the throne, the monarch had previously missed the event at the Cenotaph War Memorial in central London only six times, four while on tour abroad and twice while pregnant.

The ceremony is held on the nearest Sunday to Nov. 11 to mark the end of the First World War. The sight of the Queen at the event has been one of the defining images of her reign through the decades: head bowed, wearing black and displaying a red poppy.

The royal family joined leading members of the government, overseas representatives, and military on Remembrance Sunday to lay wreaths in commemoration of those who lost their lives in conflict.

In recent years, the Queen’s son and heir, Prince Charles, has laid a wreath on her behalf while she watches from a balcony at the Foreign and Commonwealth Office.

Charles, who turned 73 on Sunday, laid the wreath again this year, while his wife Camilla, along with Kate, Duchess of Cambridge, and Sophie, Countess of Wessex, watched from the balcony.

Thousands of veterans later marched past the Cenotaph, led by the band of the Coldstream Guards.

The Queen is the world’s oldest and longest-reigning monarch. Since being advised to rest, she has missed events such as the COP26 climate conference in Glasgow and a festival to remember the nation’s war dead on Saturday evening.

The palace source said the Queen hoped to continue as planned with her schedule of light official duties this week. The Queen has recently been photographed meeting dignitaries online.

Attending the Cenotaph event would have required the Queen to make a car journey from her residence at Windsor Castle, west of London, and to stand for a period of time.

In April her husband of more than seven decades, Prince Philip, died aged 99.

(Reporting by Paul SandleEditing by Kate Holton and Frances Kerry)