At Your Service: Royal Insider Richard Berthelsen Breaks Down the Role of the Monarchy in Canadian Life 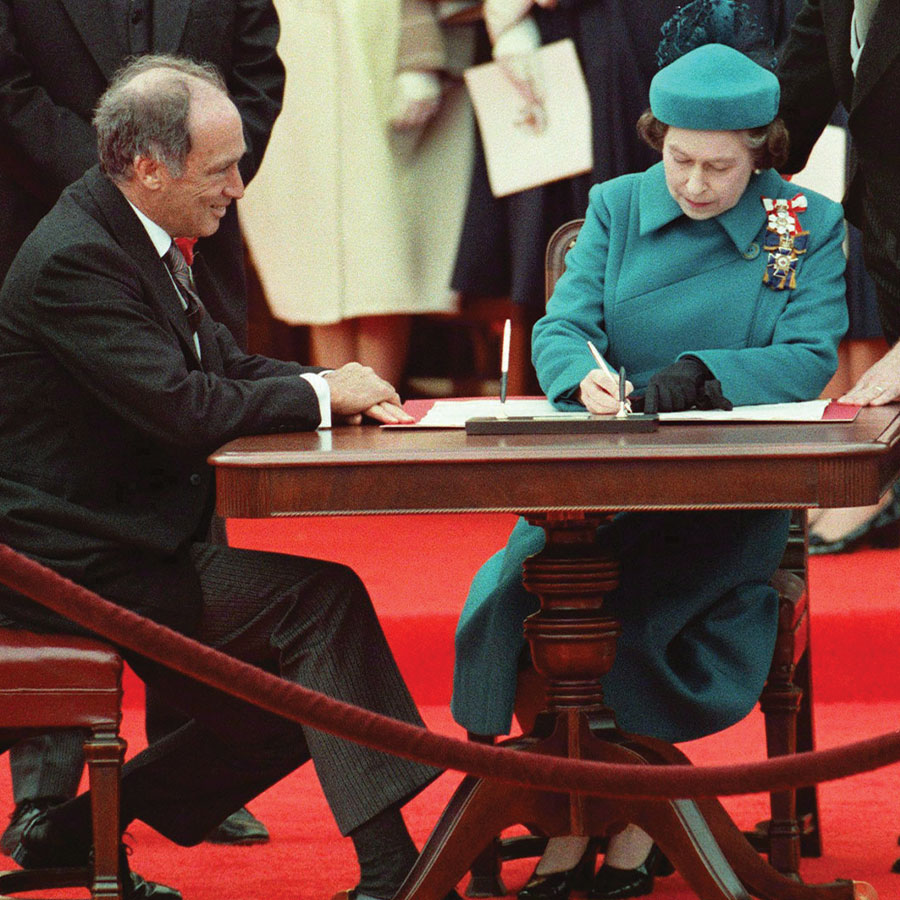 This week, Barbados removed Queen Elizabeth II as its head of state, amicably cutting ties with the monarchy and transitioning to a republic. Meanwhile, in Canada, questions have been asked for years about the role of the monarchy in our national identity and affairs and whether the Queen should remain our head of state.

Richard Berthelsen, CTV’s royal commentator, has served four governors general and lieutenant-governors and helped organize royal visits since 1978. Earlier this year, we asked him about the role of the monarchy in Canadian life, the process — and consequences — of abolishing it and how the heirs to the British throne are perceived by Canadians.

Q: What is a constitutional monarchy?

The constitutional monarch, in our case the Queen, is an apolitical head of state who entrusts power to govern to the elected government. In a parliamentary democracy like ours, the Crown is an impartial observer who can summon or suspend Parliament or clear the way for an election. The Queen is represented by the Governor General in Ottawa and lieutenant-governors in the provincial legislatures. Constitutional monarchies separate national interest from politics: The head of state represents the people and their values, and the prime minister runs the government.

Q: What is the role of the constitutional monarchy in Canada?

The monarchy is deeply embedded in the way our country functions, even though people may not realize it or experience it on a day-to-day basis. When we refer to the Crown, we are talking about the nation and its people, personified by the Queen, her family and her representatives. The Crown informs the way the executive and legislative branches of government work, as well as the judiciary and our legal system. Treaties signed with Indigenous Peoples over many centuries in the Crown’s name are critical to their relationship with Canada.

Q: How is it different from a republic like the United States?

A republic is a state where sovereignty is vested in the people and their elected representatives. In a republic like the U.S., the president is both head of state and head of government, so only Congress can rein in a president or remove them. When the head of state alienates part of the population, it’s difficult for them to act as a national leader. In Canada, the Governor General could refuse permission to dissolve a newly elected Parliament before it has even met or stop a prime minister who calls back-to-back elections to get the desired result.

Q: Does the resignation of former governor general Julie Payette over a toxic workplace have an impact on our constitutional monarchy?

The Governor General must be above reproach, enthusiastic about Canada and engage with people from all walks of life. There is a lot of deference to the Queen’s representatives, and they cannot let that go to their head or treat people poorly, as many feel they cannot talk back. We live in a less deferential age, and any appointee who does not understand that will have problems with the role. Madame Payette was absent from many major moments in our national life and did not embrace the role’s possibilities. This has diminished the visibility and the respect of the Queen’s representative and it will be up to her successor (Mary Simon) to rebuild.

When people propose abolishing the monarchy, the next question is: What is going to replace it? That’s what happened in 1999 when Australia held a vote on becoming a republic, and the government’s proposal was rejected. That’s what happened when Canadians voted against the wholesale changes proposed in the Charlottetown Accord in 1992. The biggest misunderstanding Canadians have is just how pervasive the Crown is in our system of governance. Are we going to get rid of every symbol in the country – every coat of arms, every uniform and all the institutions that have “royal” in their name? We would need a new governance structure for Parliament and provinces, a new legal framework and aspects of our relationships with Indigenous Peoples would have to be addressed.

Q: When Harry and Meghan stepped back as working members of the Royal Family, a poll showed 60 per cent of Canadians supported Harry as our next Governor General. Could this happen?

We have had three governors general with royal links, but none since the Second World War. It is not likely to happen ever again. Given that Harry and Meghan have stepped back from royal duties, that scenario is impossible. Given what Harry has said about not doing things he does not want to do, as well as his lack of French, I don’t think he would suit the role.

Q: You’ve met the Queen and Prince Philip, Prince Charles and Princess Diana, all the Queen’s children and several of her grandchildren. Who is high in your estimation and why?

Prince Charles is quite fun and always has a twinkle in his eye, as does Camilla, Duchess of Cornwall. It is a pity more people do not get to know her as she is great fun and doesn’t take herself too seriously. Princess Anne is incredibly dedicated, good at the role and interesting, like her late father. Sophie, Countess of Wessex, also has real-world experience, has been a steady force in the Royal Family and supportive to the Queen.

Q: What is your fondest memory of a Royal Family member and why?

It’s hard to mention just one, but I think being in Moscow with Princess Anne for the Toronto Olympic bid was up there. A member of the International Olympic Committee, she was quietly supporting the Toronto bid and made a point of coming to console the committee at a bar after Beijing was awarded the 2008 Games. It was interesting to be in Russia, since the princess is related to the Romanovs, the Russian royal family that was executed. Also visiting the Prince of Wales’ charitable organizations in the U.K. and having lunch with the Queen on Canada Day on our 125th birthday.

Q: If the Queen is our head of state, why does the Royal Family matter?

The Royal Family is the supporting cast to the Queen and within it are those who will succeed to the throne someday. You must have good people at the centre of the institution who are respected, because the people at the centre of it can bring it all down. The Queen is also the Queen of 16 countries and there is a 54-nation Commonwealth. It’s not a one-person show. People expect to see the Queen and if they can’t see her, they want to see her family. Now we are down to 11 members of the working Royal Family, while a few years ago there were at least 20. This reduction is having a big impact on the reach of the Crown, because the Queen can’t be in many places at once, particularly at her age.

Q: In March, a Research Co. survey of 1,000 Canadians showed 45 per cent — the highest level in 12 years — preferred an elected head of state over the Queen, and that was before Harry and Meghan’s Oprah interview. What do you make of that?

It’s not surprising, given the scandal with Julie Payette and the interview given by Harry and Meghan. It has really called the whole institution into question. In my lifetime, republicanism has risen and fallen several times. It was on the rise in 1970s, but the monarchy was revived when people became more interested in younger members of the Royal Family. That waned following the death of Diana, Princess of Wales, and then it had a bit of revival. I wonder if Prince Philip’s death and his example of the enduring values of duty and service to the Royal Family might balance the scales a bit, for some people.

Q: In the same survey, 70 per cent of Canadians had a favourable view of the Queen, while William and Harry were close seconds. Charles and Camilla sat at the bottom. Do you worry Canada will reject the monarchy when Charles becomes king?

I think the monarchy will certainly be called into question after this reign. There is a romantic air around having a reigning Queen, which will not be the case for the next three reigns, although the Duchesses of Cornwall and Cambridge will be very visible.

It’s not a question of the Queen waking up one morning and thinking, ‘Prince William will be the next king.’ The only thing that would prevent Charles from being king would be his own health, his death, or if he abdicated. The order of succession was determined several centuries ago by the British parliament and it’s all a part of our own Constitution too. Charles has been training for the role his whole life and his knowledge of the Commonwealth is equal to the Queen’s.

Q: And he wouldn’t abdicate?

Not if his son, Prince William, has any say in it. No one wants to be king in their 30s. The Queen did not want to be Queen in her 20s. The succession will unfold as it is laid out in the law, not subject to the ebbs and flows of fleeting popularity. Prince Charles considers it his duty to perform the role of king when he is called to do so.

A version this article appeared in the June/July 2021 issue with the headline “The Crown: At Your Service,” p. 54.