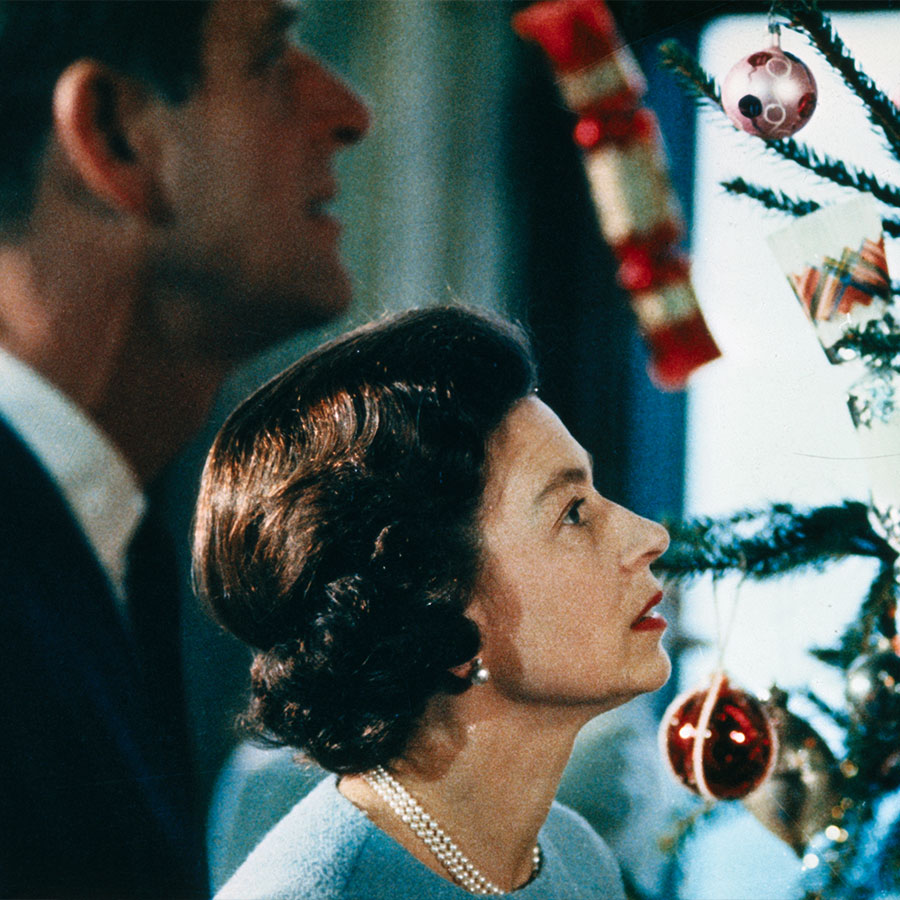 There is nothing the Royal Family does better than to carry on with time-honoured traditions. In the photo above, Queen Elizabeth II and Prince Philip put finishing touches to the Christmas tree at Windsor Castle in 1969. Photo: Bettmann/Getty Images

Buckingham Palace announced Monday that the Queen, and hence her closest family members, will not be going to Sandringham for this holiday season due to the acute rise in COVID-19 cases in Britain, and around the world.

Here is what the Royals were meant to be doing this week, as they have from time immemorial and will do again as the generations unfurl. The elite squad members of the House of Windsor are nothing if not sticklers for tradition.

The new Pablo Larrain film, Spencer, is a “reimagining” of a pivotal three days — Christmas Eve, Christmas Day and Boxing Day — with the Royal Family gathered at Sandringham House for their holiday traditions. A swooping melodrama, its purpose is to show Diana, Princess of Wales, in transition, as she decides to leave the fold.

But for royal fans, it is a unique lens into the sometimes arcane rituals that make up a royal Christmas.  It was only in 1988 that Queen Elizabeth moved proceedings from Windsor Castle (which was being rewired that year) to her estate in Norfolk, Sandringham. There the festivities have remained, save for 2020, when the Queen and Prince Philip remained at Windsor in isolation, battened down for the pandemic. Newly widowed this year, and battling ill health, the Queen made it clear this week she intended to return to Sandringham as planned. There is nothing the Royal Family does better than to carry on with time-honoured traditions. Some of the activities have been carried out by successive generations since the Victorian era.

We’ve gathered 10 of the most fascinating insights into the royal celebration.

Early December is a whirl of writing Christmas cards. Each household of the Royal Family — the Queen at Buckingham Palace, Charles and Camilla at Clarence House and, William and Catherine at Kensington Palace — sends out official holiday greeting cards, typically with relaxed family portraits, all hand signed (even and especially by the Queen) to their staff and government officials and, notables at home and abroad. Palace staffers are said to receive a card in addition to a Christmas pudding. Up until recently, with the pandemic and her health issues, Queen Elizabeth was said to have done her shopping herself, as Harrod’s would close down in the evening for her.

There is traditionally a carol service, this year to be held by the Duchess of Cambridge and the Royal Foundation on Dec. 8 at Westminster Abbey, to be broadcast in Britain later in the season.

But it is the annual Christmas lunch, where the extended family (consisting of 50 or so members), that marks the real beginning of the holiday season, and the last major event of the year at Buckingham Palace. The lunch is completely private, and the public has to make do with photographs of the arriving royals through the windows of their Range Rovers.

This aspect is a dramatic plot point in Spencer: the Royal Family arrives according to rank for Christmas. They are given specific times and days to arrive, in order, with those lower in rank first and the highest in rank, William, then Charles, arriving ahead of the Queen. In the film, the fictionalized Diana messes with this pecking order and screws up the choreography of this Christmas theatre, earning the ire of staff and royals alike.

The royals travel heavy for Christmas, with outfits earmarked for each event during the day, from charades to formal dinners to church outfits ready for photographing by the press. There are also hunting kits to be considered. The Queen took a helicopter to Sandringham earlier this year; traditionally, she has taken the royal train.

This is another Christmas tradition that is woven into the Spencer film, heightened drama because of Diana’s well-known battles with bulimia. There are, apparently, a pair of scales big enough to sit on that are placed in the front hall of Sandringham. A servant measures each guest’s weight on arrival and on departure. This is to ensure that the guest has had a good time, and been well fed, over the holidays. The scales go back to the brief reign of Edward VII. It is not known for sure if the Royal Family continues to use the scales today.

For a family with a tiara storehouse, extravagant gifts are frowned upon. Instead, they exchange joke gifts each Christmas Eve at teatime, a Germanic tradition that goes back to Prince Albert. Every once in a while details of the gifts leak out — such as the singing hamster Meghan is said to have presented to Her Majesty, and the Grow Your Own Girlfriend kit Kate bought for Harry before he met his now wife. There are many, many Christmas trees in the royal households, but they wait to hang personal ornaments — including Queen Victoria’s glass angels — together ahead of the gift exchange.

After the gift exchange, the littlest royals go to bed and the senior grown ups enjoy a black-tie dinner with silver-domed entrees served in a neatly choreographed presentation. As always, no one eats before, or after the Queen. Then there is the famous, traditional Christmas lunch, which is buffet-style and features a carving station, seafood, an array of vegetables and breads, gingerbread cookies and the pièce de résistance, a Christmas pudding, made in house in the extravagant servants kitchen below stairs (yes, like Downton Abbey) by the fleet of royal chefs. It is decorated with holly, drenched in brandy and carried into the dining room aflame for a boffo finish to the big feast.

Church is the main event for the Queen each Christmas. The procession to Saint Mary Magdalene Church on the Sandringham estate is the major chance for the public to spot the royals on their way to Christmas Day services. This is where we first saw William and Kate and Harry and Meghan walking together, when Meghan was, in a highly unusual circumstance, invited to the royal celebration as a fiancée in 2017.

This tradition began in 1932, when King George V made the first Christmas Day radio address to the nation, an annual event continued by his son, George VI and his granddaughter, Queen Elizabeth II. The address was televised for the first time in 1957. The only year the address was skipped was 1969, on account of the airing of the documentary film The Royal Family in that year; the Queen delivered a written address, instead.