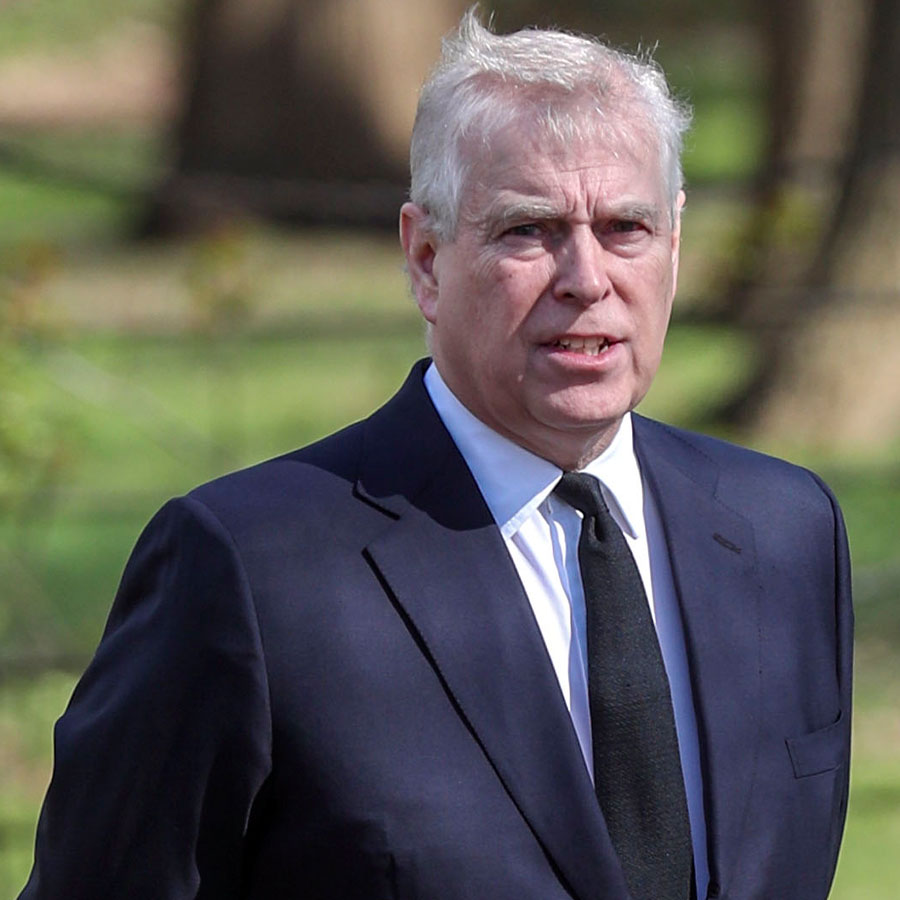 It was announced last week that Queen Elizabeth’s second son would no longer use ‘His Royal Highness’ in an official capacity and his patronages and military titles would be given to other members of the royal family ahead of his civil case in the US, and now the @DukeofYork page on the micro-blogging site has been removed.

Visitors to Andrew’s page are now greeted with the message: “This account doesn’t exist.”

In addition, the 61-year-old prince’s Instagram account, which has the handle @HRHDukeofYork, has been set to private.

On the royal family’s official website, Andrew’s profile page has been updated with last week’s statement about the returning of his patronages and titles and further content detailing his past work has been removed.

The news Andrew will be facing his legal battle as a “private citizen” was announced last week.

Buckingham Palace said in a statement: “With the Queen’s approval and agreement, the Duke of York’s military affiliations and Royal patronages have been returned to the Queen.

“The Duke of York will continue not to undertake any public duties and is defending this case as a private citizen.”

The move came after it was confirmed Andrew will face a civil case in the US over allegations he sexually assaulted Virginia Giuffre when she was 17.

Giuffre has accused convicted sex offender Jeffrey Epstein – who died by suicide in August 2019 – and his one-time girlfriend Ghislaine Maxwell of arranging and forcing her into having sex with the prince in 2001.

In December, Maxwell was convicted by a jury in US federal court on five sex trafficking-related counts, which carry a potential custodial sentence of up to 65 years’ imprisonment.

Andrew has repeatedly denied Giuffre’s allegations and his legal team recently argued to get her lawsuit dismissed, citing a 2009 deal and $500,000 settlement she agreed with Epstein.

However, a federal judge in New York recently ruled that the case could continue.

What We Know About Virginia Giuffre’s Lawsuit Against Prince Andrew

The following is a summary of the lawsuit and what it means for Andrew:

What Are Giuffre’s Claims Against Andrew?

Giuffre, also known as Virginia Roberts, sued the Duke of York in New York in 2021, claiming that he sexually assaulted and battered her.

Giuffre said Andrew forced her to have intercourse at the London home of Ghislaine Maxwell, a British socialite and Epstein’s longtime associate, and at properties owned by Epstein.

Epstein, a teacher-turned-globetrotting financier, died by suicide in a Manhattan jail cell in 2019 at the age of 66 while awaiting trial on sex abuse charges. Maxwell, 60, was convicted  of sex trafficking and other crimes.

How Has Andrew Responded?

Andrew’s lawyers have called the lawsuit “baseless  and accused Giuffre of seeking a payday. They argued that Giuffre signed away her right to sue the prince in a 2009 settlement with Epstein, and on Jan. 4 urged U.S. District Judge Lewis Kaplan to dismiss the lawsuit for that reason.

Kaplan on Wednesday rejected that argument, ruling that Giuffre could pursue her claims against the prince.

Andrew, 61, told the BBC in November 2019 that he could not have had sex with Giuffre at Maxwell’s home because he had returned to his house that night after a children’s party.

Why Does Giuffre’s Settlement WIth Epstein Matter?

The settlement agreement said “any other person or entity who could have been included as a potential defendant from all, and all manner of, action and actions of Virginia Roberts” was released from liability.

David Boies, a lawyer for Giuffre, earlier this month called the liability release in the 2009 settlement “irrelevant” to the case against Andrew.

Why Did Judge Kaplan Allow the Suit to Continue?

Kaplan said it was too soon to decide whether Giuffre and Epstein – a convicted sex offender – intended for the 2009 settlement to release Andrew.

He also said it was premature to consider the prince’s efforts to cast doubt on Giuffre’s claims, though he would be able to do so at a trial.

What is the Status of the Lawuit?

The litigation is at an early stage. Kaplan’s decision kept the case on track for a potential trial  that could start between September and December 2022.

Could the Lawsuit Harm Andrew Legally or His Reputation?

If the case goes to trial and Giuffre wins, Andrew could be ordered to pay Giuffre damages. She has asked for an unspecified amount.

The prince’s reputation had already taken a hit when Giuffre’s allegations first surfaced. Critics said he failed to address key questions during a November 2019 interview with the BBC, and Andrew stepped down from public duties days after the interview aired.

Could the Lawsuit Lead to Criminal Jeopardy for Andrew?

No. Andrew has not been charged criminally, and no criminal charges could result from Giuffre’s lawsuit since it is a civil case.

Andrew repeatedly declined requests by federal prosecutors in the United States for an interview about their probe into Epstein’s sex trafficking, former U.S. Attorney for the Southern District of New York Geoffrey Berman said in June 2020.

A spokesman for the U.S. Attorney’s office declined to comment on Wednesday. It was not clear if prosecutors still want to talk to Andrew.

No. Giuffre did not testify in Maxwell’s criminal trial, and her allegations did not form the basis of any of the six sex abuse counts against Maxwell.

Does Andrew’s Royal Status Have Any Impact on the Case?

Diplomats are often entitled to a certain degree of legal immunity in the countries in which they are posted. Heads of state – such as Andrew’s mother, Queen Elizabeth – are entitled to a degree of immunity as well.

Andrew does not appear to fit either category, said Craig Barker, a law professor at London South Bank University.

“There’s nothing I can see in the law that would suggest that he would have any entitlement to immunity whatsoever, whether that be in civil or indeed in criminal matters,” Barker said.