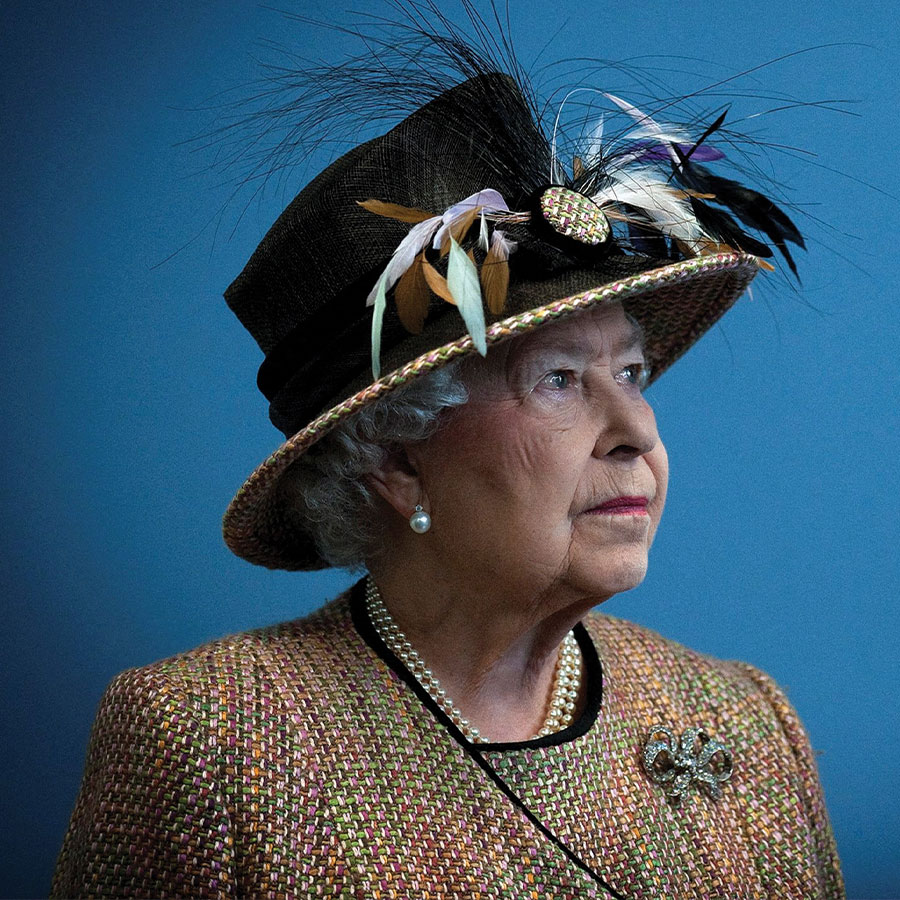 From the U.S. sex abuse court case facing son Prince Andrew to her grandson Prince Harry and his wife's allegations of racism in the royal household, rarely has the family of 95-year-old Elizabeth, who became Queen on Feb. 6, 1952, faced such scrutiny and damaging headlines. Photo: Eddie Mulholland/Reuters

Celebrations this year marking Queen Elizabeth’s seven-decade reign will mask a less happy reality for the world’s pre-eminent royal family: the British monarchy is being questioned in ways that were unthinkable for most of the last 70 years.

From the U.S. sex abuse court case facing son Prince Andrew to her grandson Prince Harry and his wife’s allegations of racism in the royal household, rarely has the family of 95-year-old Elizabeth, who became Queen on Feb. 6, 1952, faced such scrutiny and damaging headlines.

Such is the depth of respect for the Queen that while she lives, the institution that goes back nearly 1,000 years looks safe. What comes next is less certain.

“The monarchy and the Queen are synonymous for most people,” Graham Smith, chief executive of anti-monarchy group Republic, which has stepped up its campaigning, told Reuters.

“Once we’re past the end of the Queen’s reign, all bets are off as to where public opinion is going to go.”

He said while only an act of parliament would be needed to end the monarchy, it was highly likely there would have to be a referendum first.

The monarchy’s fortunes have ebbed and flowed since her ancestor Norman King William I’s 1066 conquest of England, but only during the decade that followed the execution of King Charles I in 1649 has Britain been a republic.

During Elizabeth’s reign, lows came in the 1990s amid the failings of three of her children’s marriages and the 1997 death of Princess Diana, first wife of heir Prince Charles.

Highs included the public outpourings of support at previous jubilees, the 2011 royal marriage of Elizabeth’s grandson — and future king — Prince William, and the birth of royal children.

Buckingham Palace said the four days of celebrations in June to mark Elizabeth’s platinum jubilee will allow “national moments of reflection on the queen’s 70 years of service”.

A spokesman declined to comment on questions about the monarchy’s long-term future.

Supporters see the Queen as a stabilizing factor, and cite economic benefits the monarchy brings Britain through tourism. Opponents argue the institution is a bastion of undeserved privilege, partially funded by taxpayers and undermined by some members’ behaviour.

Andrew, 61, reputed by media to be Elizabeth’s favourite of her four children, was stripped of his royal patronages and military titles this month as he fights allegations of sex abuse in a U.S. lawsuit.

“For the monarchy it is an extinction-level event. You can’t spend a thousand years telling everyone you’re special and then everyone discovers, in real time, in a court case, that you are really not,” columnist Camilla Long wrote in the Sunday Times newspaper.

Meanwhile, Prince Harry, once the Windsors’ most popular member, and his American wife Meghan gave up their royal duties to move to Los Angeles from where they have delivered some barbed attacks on the family and Buckingham Palace.

Charles has come under scrutiny after Michael Fawcett, his right-hand man and close confidant for decades, quit his job running one of the heir’s main charities amid allegations he had offered honours in return for donations.

Fawcett has not commented publicly on the allegations.

“Whether (these scandals) are enough in themselves to make enough people in Britain think that as a result we should have no monarchy, I would doubt,” said royal biographer Penny Junor.

Polls suggest a comfortable majority believe the monarchy should remain, with 83 per cent holding a positive view of Elizabeth, according to one survey in December. But there are worrying signs for the royals.

Last November Barbados ditched the queen as head of state, Charles is much less popular and support among younger people appears to be waning, with polls suggesting a majority under 30 favour getting rid of the monarchy.

“I don’t think it holds much importance any more,” said student Margaux Butler, 20, in Windsor, where the Queen now spends most of her time.

“I despise that idea (of Charles being king). I don’t mind the royal family in general but I think he’s a bit controversial and I think a lot of younger people feel the same.”

However, ending the monarchy will take more than apathy towards Charles or damning tabloid headlines about Andrew or Harry. Indeed, those same papers now rarely run negative articles about Charles, his wife Camilla, William and his wife Kate, all of whom suffered intense criticism in the past.

For some Britons, scandals embroiling Prime Minister Boris Johnson and the tumult of Donald Trump’s U.S. presidency also make having an elected head of state a less attractive proposition.

The establishment too remains firmly behind the royals.

There is no sign the ruling Conservative Party would countenance an end to the monarchy, while the main opposition Labour Party suffered a 2019 election drubbing partly because of its former leader’s perceived lack of patriotism.

Johnson last year remarked, after the death of Prince Philip, how Elizabeth’s husband of 73 years had helped his wife steer “the monarchy so that it remains an institution indisputably vital to the balance and happiness of our national life.”

The royals themselves are also conscious of how they must adapt to a changing world.

While politicians suffered the “brutal” repudiation by the public at the ballot box, “for us, a royal family, however, the message is often harder to read,” Elizabeth, who has never given an interview during her reign, said in a 1997 speech.

“I have done my best … to interpret it correctly through the years of our marriage and of my reign as your Queen. And we shall, as a family, try together to do so in the future.”