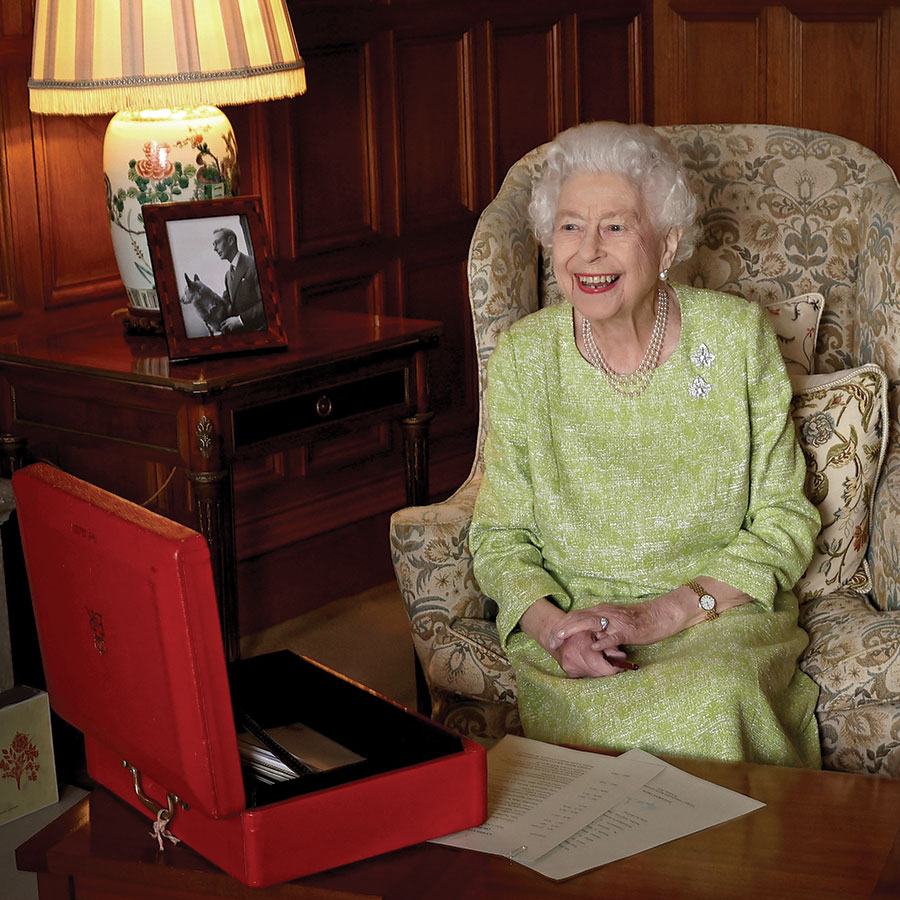 Queen Elizabeth marks 70 years on the British throne on Sunday, a milestone never reached by any of her predecessors over the last 1,000 years, and one which only a few monarchs across the globe have ever achieved.

In recognition of the start of her Platinum Jubilee Year, Buckingham Palace released new portraits on Sunday.

Elizabeth, 95, became the Queen of Britain and more than a dozen other realms including Canada, Australia and New Zealand on the death of her father King George VI on Feb. 6, 1952, while she was in Kenya on an international tour.

The news was broken to her by her husband Prince Philip, who died last year aged 99 after more than seven decades by her side.

Elizabeth will mark ‘Accession Day’ in private as is customary, not viewing it as something to celebrate. But there will be four days of national events to mark her Platinum Jubilee in June.

“While it is a moment for national celebration, it will be a day of mixed emotions for Her Majesty as the day also marks 70 years since the death of her beloved father George VI,” Prime Minister Boris Johnson told parliament on Wednesday, thanking the monarch for “her tireless service”.

Elizabeth has continued to carry out official duties well into her 90s, but has been little seen in public since she spent a night in hospital last October for an unspecified ailment and was then instructed by doctors to rest.

However, Buckingham Palace on Friday released footage ahead of Sunday’s landmark, showing her viewing items from previous royal jubilees, such as a fan given to her great-great-grandmother Queen Victoria to mark her 50th year on the throne in 1887, signed by family, friends and politicians.

Ironically Elizabeth was not destined to be monarch at her birth, and only became queen because her uncle Edward VIII abdicated to be with American divorcee Wallis Simpson.

But in 2015, she overtook Victoria as Britain’s longest-reigning sovereign in a line that traces its origin back to Norman King William I and his 1066 conquest of England.

“Inevitably a long life can pass by many milestones – my own is no exception,” Elizabeth said in 2015, adding that the record was not one “to which I have ever aspired”. Her son and heir Prince Charles said it was a moment other people were more excited about than she was.

While small in stature – standing at 5ft 3ins according to reports – she has been a towering figure in Britain for seven decades. During that time she has overseen huge social, economic and political change, including the end of the British Empire.

Including Churchill, she has been served by 14 prime ministers – a quarter of all there have been in Britain since Robert Walpole 300 years ago. During her reign, there have been 14 U.S. presidents, all of whom she has met bar Lyndon Johnson.

As the world’s current oldest and longest-reigning monarch, her global presence has also been profound, and she retains an almost unrivalled mystique.

“What’s telling is when heads of state meet, whether it be at the G7 or the COP conference, they want to meet the queen,” said Anna Whitelock, Professor of the History of Monarchy at London’s City University.

“They may be presidents or heads of state in their own country, but there is something quite magical about this miniature woman.”

Only a handful of monarchs are ever thought to have reigned for longer than Elizabeth. King Louis XIV of France, who built the palace of Versailles, is considered to hold the record for a sovereign state, ruling for 72 years, while Sobhuza II was king of Swaziland for almost 83 years until his death in 1982.

While public affection for her remains strong, with about four in five Britons holding a favourable view, the monarchy itself has suffered a number of recent knocks, including a U.S. sex abuse court case against her second son Prince Andrew, raising questions about the long-term future of the institution.

“It’s not that she’s never put a foot wrong, it’s more positive than that. She somehow instinctively understands what you might call the soul of the British people.”

Many Royal Returns: Retracing Seven Decades of The Queen and Prince Philip’s Visits to Canada