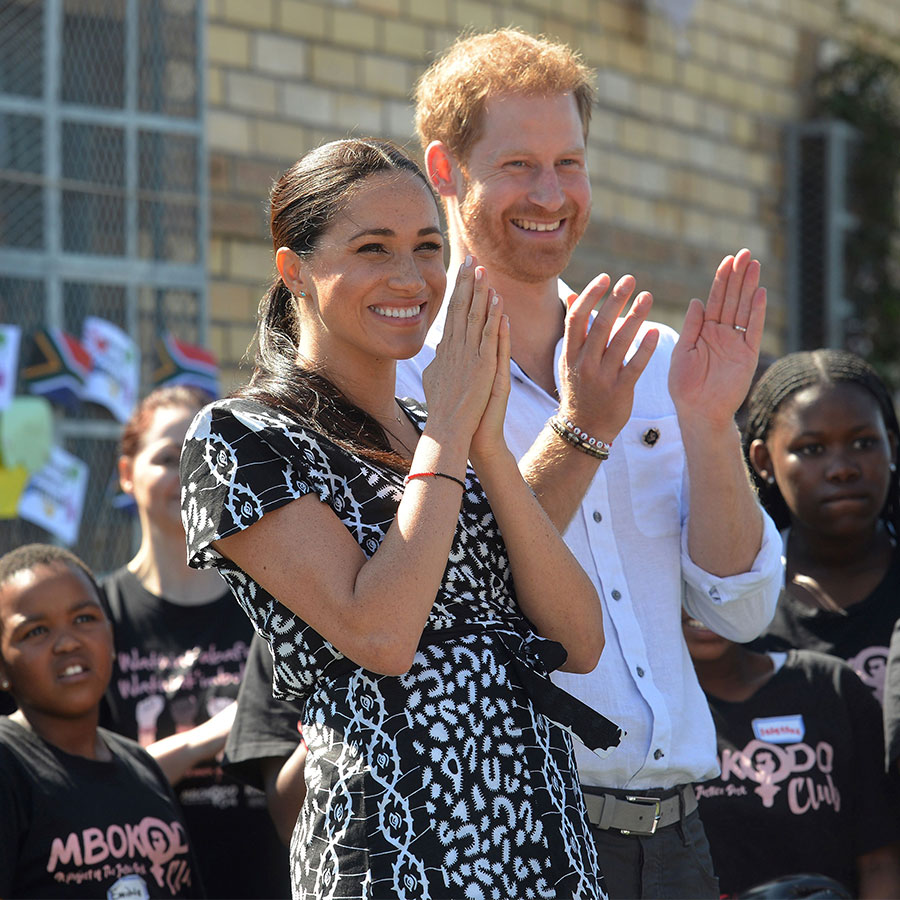 Prince Harry, Duke of Sussex and Meghan, Duchess of Sussex visit the "Justice desk", an NGO in the township of Nyanga in Cape Town on Sept. 23, 2019. Photo: Courtney Africa/POOL/AFP via Getty Images

Britain’s Prince Harry and his wife Meghan will be awarded the NAACP’s top honour for distinguished public service, the civil rights organization said on Thursday.

The couple, who created the Archewell charitable foundation after stepping down from royal duties and moving to the Los Angeles area, was set to receive the prestigious President’s Award at a live broadcast of the 53rd NAACP Image Awards on Saturday, the group said.

Archewell and the NAACP have also teamed up to create a new civil rights award whose inaugural winner is Dr. Safiya Noble, a professor at the University of California, Los Angeles, who is known for studies into how digital technologies intersect with culture, race and gender.

“We’re proud to support the NAACP’s work and to also partner with the organization on the newly created annual NAACP-Archewell Digital Civil Rights Award,” Prince Harry and Meghan, the Duke and Duchess of Sussex, said in a statement.

Noble will be the first winner of the annual award, which includes a $100,000 unrestricted stipend to be used to advance new work or expand leadership and expertise in the field.

“Digital civil rights and protections from harm on the internet are a crucial pathway to a more just world,” Noble said in a statement. “We are working toward greater possibilities for vulnerable people.”

Brothers and Wives: Inside the Private Lives of William, Kate, Harry, and Meghan