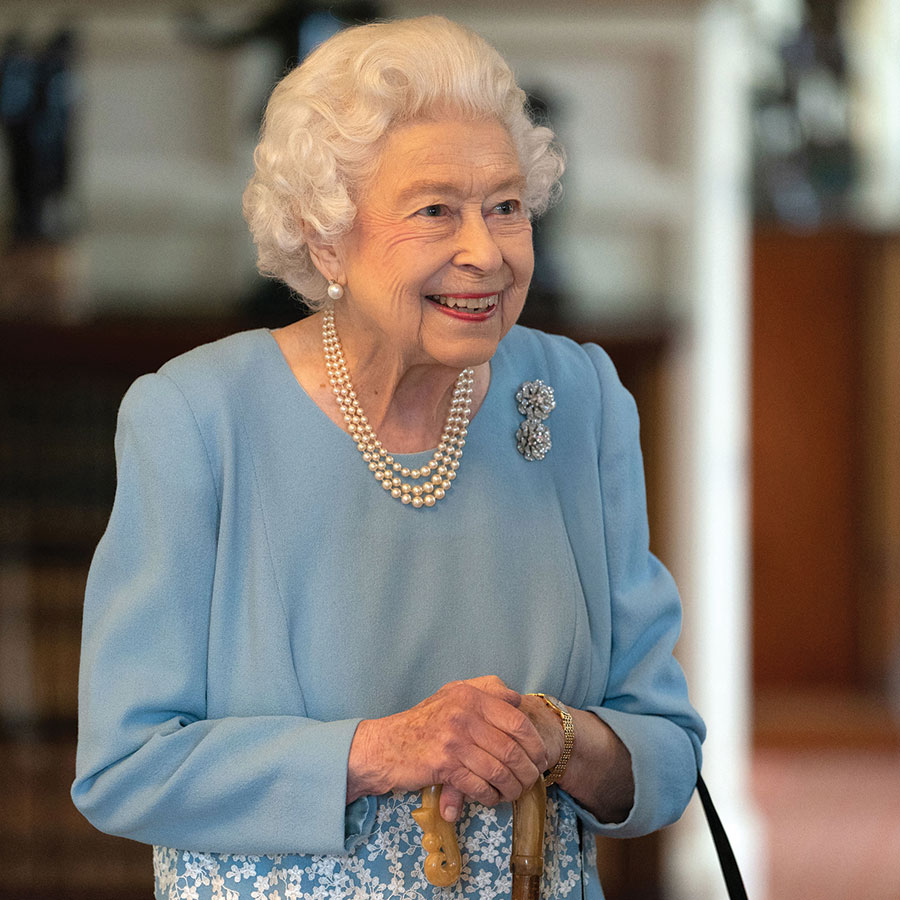 Queen Elizabeth II, pictured above during a reception in the Ballroom of Sandringham House in February, met with Canada's Governor General Mary Simon at Windsor Castle on Tuesday. Photo: Joe Giddens/Pool/AFP

The Queen has a bit of a soft spot for Canada.

Just a little over a week after greeting Prime Minister Justin Trudeau in her first in-person meeting since recovering from COVID-19, Her Majesty, 95, welcomed Canada’s Governor General Mary Simon, 74, to Windsor Castle on Tuesday.

Like her meeting with Trudeau, concerns around the monarch’s health abounded ahead of her hosting afternoon tea with Simon and her husband, Whit Fraser. Just a day prior, the Queen missed the Commonwealth Day service at Westminster Abbey, with the palace citing concerns around getting her to and from the event.

The engagement marked her first in-person meeting with Simon, who she met via Zoom ahead of her installation as Canada’s first Indigenous Governor General — the Queen’s representative in the country — last July.

“Our Queen is such an inspiration in these difficult times,” Simon said in a news release about the engagement. “And it was a privilege to share with her the Inuit concept of ajuinnata, which means to never give up, that is guiding my work as Governor General.”

The Queen, meanwhile, knows a thing or two about commitment. In her Commonwealth Day message this week, she once again renewed her promise “that my life will always be devoted to service.”

“Today, it is rewarding to observe a modem, vibrant and connected Commonwealth that combines a wealth of history and tradition with the great social, cultural and technological advances of our time,” she said of the 54 countries in the Commonwealth, which includes Canada. “Our family of nations continues to be a point of connection, cooperation and friendship.”

Of course, it shouldn’t come as a surprise that the Queen has made room in her schedule for Canadian diplomatic visitors. If the Commonwealth is a family, Canada likely feels like a very close cousin. The Queen has made more than 20 official visits to the country and has even called it her “second home.”

Ever the statement-maker with her jewelry, for the occasion the Queen wore a sapphire brooch gifted to her by former governor general David Johnston in 2017 in honour of her 65th anniversary on the throne.

The Governor General’s London visit also included a meeting with Canada’s high commissioner in the U.K., Ralph Goodale, followed by a ceremonial tree planting in celebration of the Queen’s 70th year on the throne.

Ahead of her tea with Simon, the Queen held two virtual audiences at her Berkshire residence with the ambassadors from Mongolia and Tajikistan.

The Queen’s next scheduled engagement outside of Windsor Castle is a service of thanksgiving for the life of Prince Philip, her husband of 73 year who died last April at the age of 99, at London’s Westminster Abbey at the end of March.