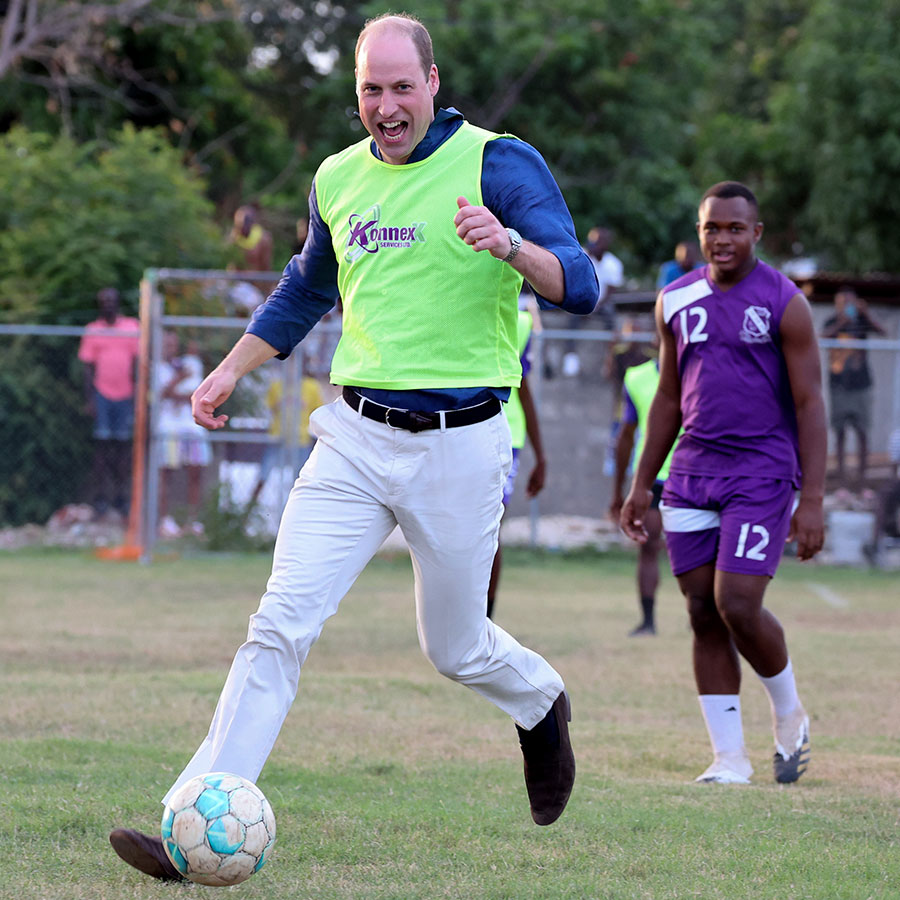 Prince William joined Raheem Sterling and Leon Bailey in a game of football in Trench Town as part of his Caribbean tour.

The Duke and Duchess of Cambridge have been exploring Jamaica as part of their tour, and they visited the village in Kingston, which is the birthplace of reggae music as well as the home of Bob Marley.

The duke even played a role in Sterling’s winning goal, as he played a pass to the England ace who put the ball into the net.

The couple also met Chris Stokes, who was part of the Jamaican Bobsleigh Team at the 1988 Calgary Winter Olympics, which was made famous by classic comedy ‘Cool Runnings’.

As reported by The Sun newspaper, he said: “I had the honour of being introduced to the Duke and Duchess. It’s great they came.”

Sharing pictures from their visit on Instagram, the couple wrote: “What an incredible day at Trench Town – the birthplace of reggae music in the heart of Kingston. Jamaica has made an extraordinary contribution towards music and sport globally.

“From speaking with @fastelaine, @realshellyannfp, the amazing bobsleigh team and @sterling7 @leonbailey to hearing about Bob Marley’s lasting influence, it’s clear how these role models will continue to inspire young Jamaicans for generations to come.”

In another social media post, they said: “Belize is home to the second largest barrier reef in the world.

“While the effects of climate change are evident, the Government of Belize and communities across the country deserve huge recognition for their efforts to restore this incredible marine environment – with a commitment to protect 30% of it by 2030.

“On Sunday, we were lucky enough to spend time diving at South Water Caye, directly above the spectacular Belize Barrier Reef.

“It was a privilege to see for ourselves the world-leading ocean conservation work being done here.”