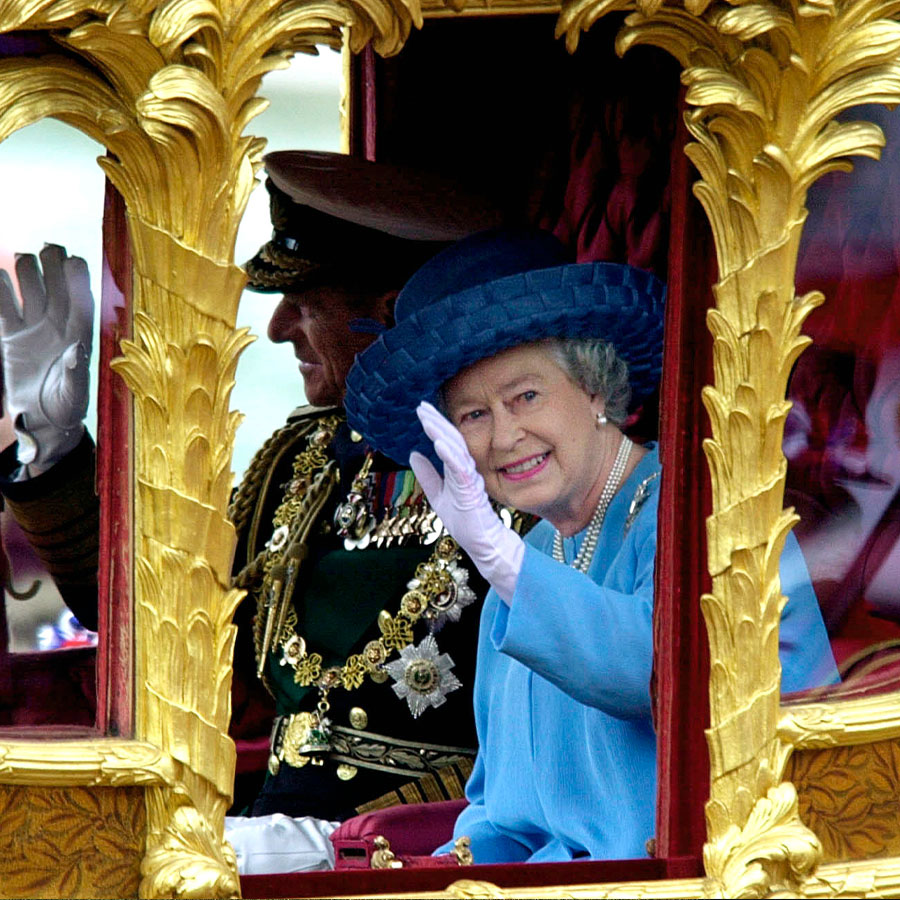 Queen Elizabeth II with Prince Philip in the gold state coach during the procession from Buckingham Palace To St. Pauls. The coach, built For King George III In 1762, was used for the Queen's Coronation and her Silver Jubilee Procession. Photo: Tim Graham Picture Library/Getty Images

A platinum jubilee is unprecedented for the British Royal Family. While historic, this year’s celebration of Queen Elizabeth’s 70 years on the throne comes at an awkward time for the monarch.

It coincides with concerns about her declining health, ongoing campaigns to remove the Queen as head of state, controversy over Prince Andrew’s return to the public eye and calls for the Royal Family to apologize for its role in colonialism and slavery.

But this is not the Queen’s first annus horribilis (horrible year) and she has proven adept at coming back from low points.

Jubilees are critical to renewing the Royal Family’s relationship with the British people. They simultaneously reinforce the separation of the monarch from her subjects and attempt to integrate the monarchy into everyday life.

A History of Royal Jubilees

Queen Victoria’s first 25 years on the throne were not celebrated with a jubilee because she was mourning the death of her husband, Prince Albert. In 1887, however, Queen Victoria’s Golden Jubilee was an ambitious event that set the tone for future celebrations.

Her Golden Jubilee reinforced Britain’s imperial status with visits from colonial dignitaries, an elaborate procession through London and celebratory events across the British Empire.

Queen Victoria was in poor health when it was time for her Diamond Jubilee in 1897 but the celebrations were still elaborate and emphasized the Queen’s role as “mother” of the British Empire.

Britain’s first Silver Jubilee honoured King George V in 1935 and provided a model for current celebrations. His reign was marked with a month of royal addresses, religious services, a procession through London and festivities throughout the British Empire and Commonwealth.

In the midst of the Great Depression, the jubilee attracted some criticism, but was considered a great success overall — both a welcome distraction and reinforcement of Britain’s global reach.

As Queen Elizabeth’s Silver Jubilee approached in 1977, there were questions about the wisdom of celebrating the monarchy during a period of economic crisis, growing nationalism in Wales, Scotland and Northern Ireland, and significantly reduced global power for Britain.

The Silver Jubilee proceeded nonetheless with a calendar of events that emphasized tradition and unity, both at home and abroad. The Queen travelled to all parts of the United Kingdom, including a risky trip to Northern Ireland, and visited every country of which she was head of state.

“Jubilee Week” featured the lighting of a symbolic chain of bonfires across Britain, a royal boat trip on the river Thames and thousands of street parties. It demonstrated the capacity of a jubilee to redirect public attention to the stability and legitimacy of the monarchy.

Recent royal jubilees have shifted from an emphasis on tradition to more community-focused events. In 2002, the Golden Jubilee was an opportunity for the Queen to thank her people for “their support and loyalty over her reign” after widespread criticism of the Royal Family’s response to the death of Diana, the Princess of Wales.

The Queen reprised her travels throughout the U.K. and many parts of the former British Empire as millions turned out for a “Jubilee Weekend.” The Queen also showed her willingness to modernize and connect with the public by hosting a “Party at the Palace” pop concert, which was watched by over 200 million people worldwide and has become a fixture in subsequent jubilees.

Despite predictions that the Golden Jubilee would fail due to declining public support for the monarchy, the success of the celebrations could not be denied. A decade later, a similar combination of tradition and innovation for the Queen’s Diamond Jubilee pushed her public approval ratings to a new high.

As the Queen approaches her 96th birthday and undertakes only “light duties,” it will be difficult to replicate such celebrations with the Platinum Jubilee.

The Queen’s personal popularity remains high, but support for the monarchy is waning both in Britain and the Commonwealth.

The challenge for this year’s jubilee is to promote respect for the Queen’s unique status, while also building public support for her successors — so far, the signs are not positive.

Prince William’s recent tour of the Caribbean was received much more critically than his grandmother’s earlier visits. Commonwealth countries, such as Canada, have replaced large-scale jubilee celebrations with DIY resources and grassroots events, while the Jamaican government has refused to celebrate, citing the jubilee as a symbol of colonialism and oppression.

William acknowledged that his tour had “brought into sharper focus questions about the past and the future” but this year’s calendar of events doesn’t suggest a reckoning with Britain’s colonial past, no matter how necessary.

Instead, Platinum Jubilee celebrations will draw on many of the traditions that have bolstered support for monarchs since the early 1800s: the lighting of beacons, the presentation of Jubilee medals, a festive Jubilee Weekend and the Platinum Pageant.

New and old will also come together in more community-oriented events, such as the Big Jubilee Lunch, the Queen’s Green Canopy and the Platinum Pudding Competition.

This combination of tradition and novelty has served the Queen well in past jubilees. It could succeed again.

One Year After His Passing, Queen Elizabeth Shares Touching Tribute to Prince Philip, Plus the Duke’s Remarkable Life in Pictures