Meghan and Harry Say They Will Attend Platinum Jubilee With Their Children, as Royal Family Shares Photos for Archie’s 3rd Birthday 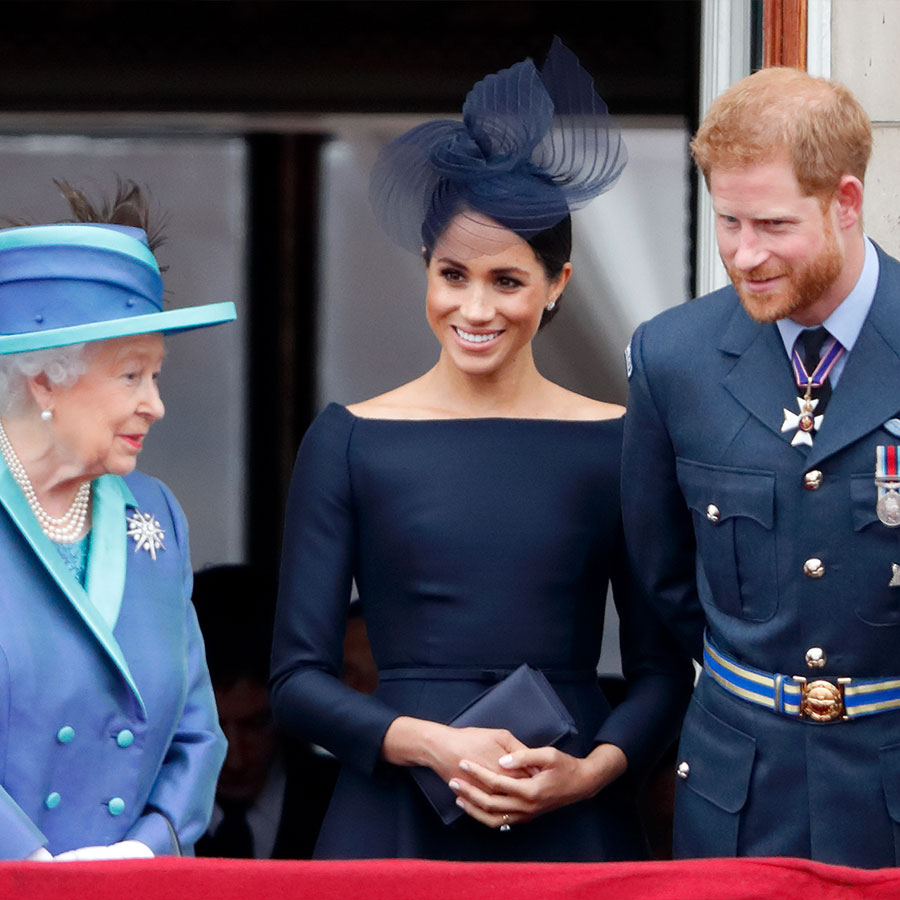 Queen Elizabeth II, Meghan, Duchess of Sussex and Prince Harry, Duke of Sussex watch a flypast to mark the centenary of the Royal Air Force from the balcony of Buckingham Palace on July 10, 2018 in London, England. Photo: Max Mumby/Indigo/Getty Images

It’s the news many royal fans were hoping to hear: Prince Harry and Meghan, Duchess of Sussex will travel to the U.K. with their children for the Queen’s Platinum Jubilee in June. Until today, the Sussexes’ attendance remained uncertain due to security concerns.

They will not, however, join the 96-year-old monarch on the famous Buckingham Palace balcony during the Trooping the Colour parade, which kicks off the festivities. Instead, only royals who are carrying out official duties will be included on the balcony, according to a statement from the palace.

The Queen’s decision, of course, rules out Harry and Meghan since they stepped back from royal duties in 2020. It also affects another Royal Family member, Prince Andrew, who was stripped of royal duties and his HRH title in the wake of his civil sexual assault lawsuit (which was settled earlier this year) and his association with convicted pedophile Jeffrey Epstein. In recent weeks there has been much speculation over what Andrew’s participation would be in key Jubilee moments.

Joining the Queen on the balcony will be Prince Charles and Camilla, the Duchess of Cornwall, as well as Prince William and Kate, the Duchess of Cambridge and their children. The gathering will also include the Earl and Countess of Wessex and their children, and Anne, the Princess Royal, and her husband, Sir Timothy Laurence, as well as the Duke and Duchess of Gloucester, the Duke of Kent and Princess Alexandra. The number of participants is in marked contrast to the 2012 Jubilee where Her Majesty was flanked only by Charles and Camilla, William and Kate, and Prince Harry, in what was thought to be a reflection of Charles’s vision for a slimmed down Royal Family.

Despite the balcony ban, the Sussexes will attend “family events” in what promises to be a much anticipated royal reunion. A spokeswoman for the couple said, “Prince Harry and Meghan, The Duke and Duchess of Sussex are excited and honoured to attend The Queen’s Platinum Jubilee celebrations this June with their children.”

Queen Elizabeth herself took to social media to send birthday wishes to her great-grandson. The post — which is captioned “Wishing Archie Mountbatten-Windsor a very happy 3rd Birthday!” — shows a poignant photo of Her Majesty and Prince Philip meeting baby Archie for the first time. In the picture, proud parents Prince Harry and Meghan Markle, as well Meghan’s mother, Doria Ragland, smile down at the newborn.

To pay tribute to Archie’s birthday, Prince William and Catherine, Duchess of Cambridge shared a family photo taken during Archie’s royal christening in July 2019. The christening, which took place at the Queen’s private chapel at Windsor Castle, was attended by about 25 family members including Ragland, Prince Charles and his wife, Camilla, the Duke and Duchess of Cambridge and Diana, Princess of Wales’ sisters, Lady Sarah McCorquodale and Lady Jane Fellowes. William and Kate shared the same photo on Archie’s birthday last year.

Prince Charles and Camilla also shared a message for their grandson on their official Clarence House account by retweeting the message shared by the Queen, adding, “Happy Birthday Archie!”

Archie, who is seventh in line to the throne, will reportedly celebrate his birthday at his home in Montecito, Calif., with his parents and 10-month-old sister Lilibet.

Archie has not been back to the U.K. since the Sussexes’ move to California in 2020. Family relations have been tense since Harry and Meghan stepped back from senior royal duties at that time. Their relationship was further strained when Meghan and Harry participated in a tell-all interview with Oprah Winfrey, where they alleged one unnamed royal made a racist comment and, that Meghan’s pleas for help when she felt suicidal were ignored.

But today’s announcement gives hope that royal fences could soon be mended. While Harry and Meghan recently visited the monarch at Windsor Castle on route to the Netherlands for the Invictus Games, their attendance at the Jubilee also means the Queen — who will become the first British monarch to mark 70 years on the throne — will meet her namesake, Lilibet, in person for the first time.