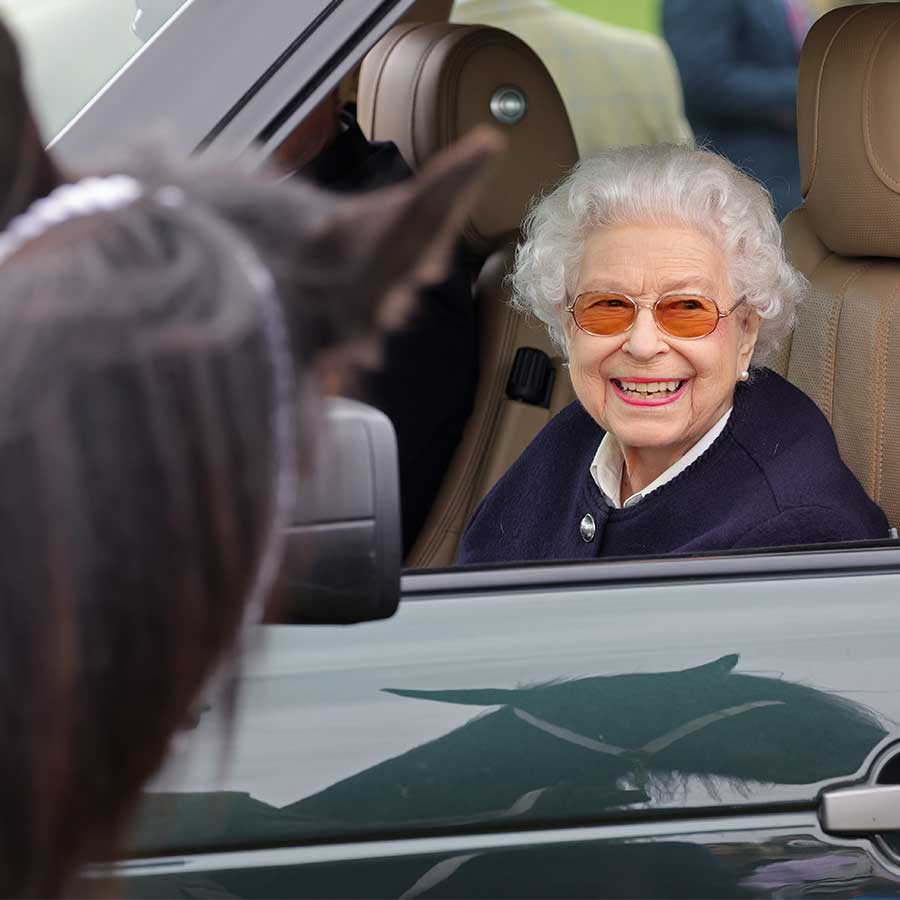 Britain’s Queen Elizabeth, who was forced to miss the traditional formal opening on parliament earlier this week, appeared in public on Friday to attend a horse show close to her home.

Elizabeth, 96, missed the grand set-piece ceremony at parliament on Tuesday because of what Buckingham Palace described as “episodic mobility problems”.

She has rarely been seen in public since being hospitalized for a night last October for an unspecified illness, and then being told by her doctors to rest. She has since carried out duties either remotely or in person at her Windsor Castle home.

But on Friday she was pictured smiling happily from the front passenger seat of her Range Rover car as she watched some of her horses compete at the Royal Windsor Horse Show, which is taking place in the private grounds of her castle.

She later took her seat in the stands to applause from the crowd, walking with the aid of a stick.

The four days of events at Windsor that started on Thursday include “A Gallop Through History”, which features more than 500 horses and 1000 performers and is designed as a tribute to the queen’s 70 years on the throne.

The finale is on Sunday, when the Queen is expected to attend, with actors Tom Cruise and Helen Mirren among the British and international stars who will be taking part. Many of Elizabeth’s great-grandchildren are also tipped by media to make an appearance.

It kicks off celebrations to mark her Platinum Jubilee which will culminate in four days of national events from June 2.

On Thursday, it was announced that a lemon and Swiss roll amaretti trifle had been named as winner of a “Platinum Pudding” competition, beating off 5,000 other entries.