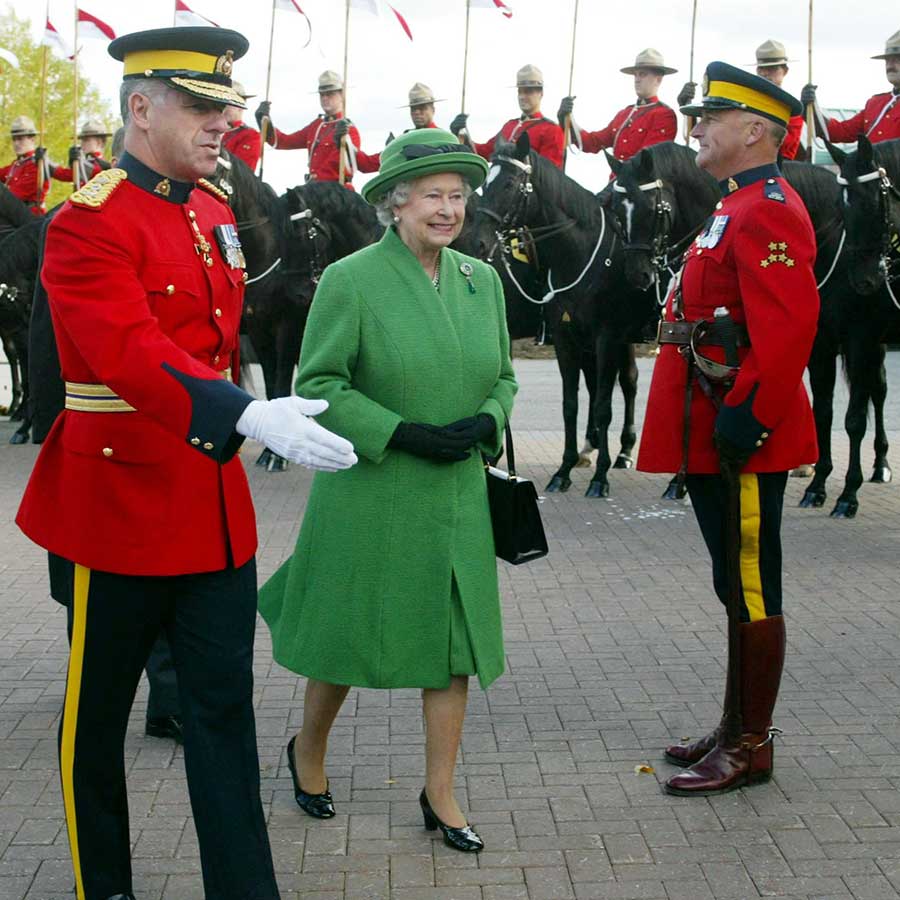 Here is a round up of royal-related events, sights and exhibitions for the Queen’s legions of admirers in Canada. Photo: Tom Hanson/Canadian Press

Her Majesty Queen Elizabeth II has said Canada is like a second home. She’s travelled here 22 times, making it the most-visited country in the Commonwealth. If you can’t make it to the U.K. for the celebrations, there are perfectly regal ways you can do it right here. Here is a round up of royal-related events, sights and exhibitions for the Queen’s legions of admirers, in Canada.

Parliament Hill is one of four places signed up for the Platinum Jubilee Beacon-lighting festivities across the Commonwealth, along with the Canadian Scottish Regiment (Princess Mary’s) at Beacon Hill in Victoria; Tea at the Whitehouse in Waterdown, Ont., and the City of Kawartha Lakes, in Bobcaygeon, Ont. June 2

Canadian Heritage has created the National Illumination Initiative to celebrate the 70th anniversary of coronation day, when federal buildings in the National Capital Region, and in provincial and territorial capitals across the country, will be bathed in light. Expect to see a lot of the regal colour purple. June 2

Northern Lights, an annual, summer sound-and-light show on Parliament Hill, will include a special segment to mark the Jubilee, with animations and historical photos centring around Her Majesty’s visits to Canada over the past 70 years. Nightly from July to September

The Fairmont Château Laurier and Canadian Heritage are partnering on a photo exhibit on the hotel’s terrace, called The Queen and Canada, which will focus on Her Majesty and her connection to Canada. It’s also a very chic hangout where politicos have cocktails overlooking the Rideau Canal locks. May to October

This spring, lieutenant governors and territorial commissioners across Canada planted horticultural offerings for the Queen’s Platinum Jubilee Gardens. The 13 green spaces, including plots at Government House in Regina and Government House in Fredericton, will reveal blooms over the summer from plants that grow best in local climates. In Toronto, the garden on the grounds of the Legislative Assembly, which was built on Treaty 13 territory, was designed in partnership with Elder Carolyn King of the Mississaugas of the Credit First Nation. Some beds will contain tobacco plants grown from seeds contributed by tobacco keepers at the Chapel Royal, or Gi-Chi-Twaa Gimaa Kwe, Mississauga Anishinaabek AName Amik, which means “the Queen’s Anishinaabek sacred place.” In 2017, the Queen recognized the Mississaugas of the Credit when she gave the Chapel Royal designation — only the third in Canada — to the former St. Catherine’s Chapel at the University of Toronto’s Massey College.

And I received this missive from the Office of the Lieutenant Governor of British Columbia in honour of Her Majesty Queen Elizabeth’s Platinum Jubilee: At home in Victoria at Government House, events open to the public will be held on the grounds over the summer, including a garden party and three nights of live music. A time capsule was buried in a new addition to the grounds, the Platinum Jubilee Garden, designed and implemented by the volunteer group, The Friends of Government House Gardens Society. Included in the time capsule are mementoes and notes of hope for the future submitted by lieutenant governors and territorial commissioners from across Canada. A yellow cedar (a green arrow variety) has also been planted to commemorate Her Majesty’s 70 years of reign as Queen of Canada and Head of the Commonwealth. The yellow cedar species was chosen because it is a very West Coast Canada particular species. The yellow cedar is also being considered to be planted in other planned Platinum Gardens on southern  Vancouver Island, especially in Sidney and Esquimalt.

For more information on Canadian events, visit the Platinum Jubilee website. Or if you’d like to follow along with the celebrations across the pond, go here.

Charles and Camilla to Meet With Justin Trudeau and Gov. Gen. Mary Simon Ahead of Platinum Jubilee Reception in Ottawa