A Royal Weekend: The Who, What, When and Where for Celebrating the Queen in the U.K. 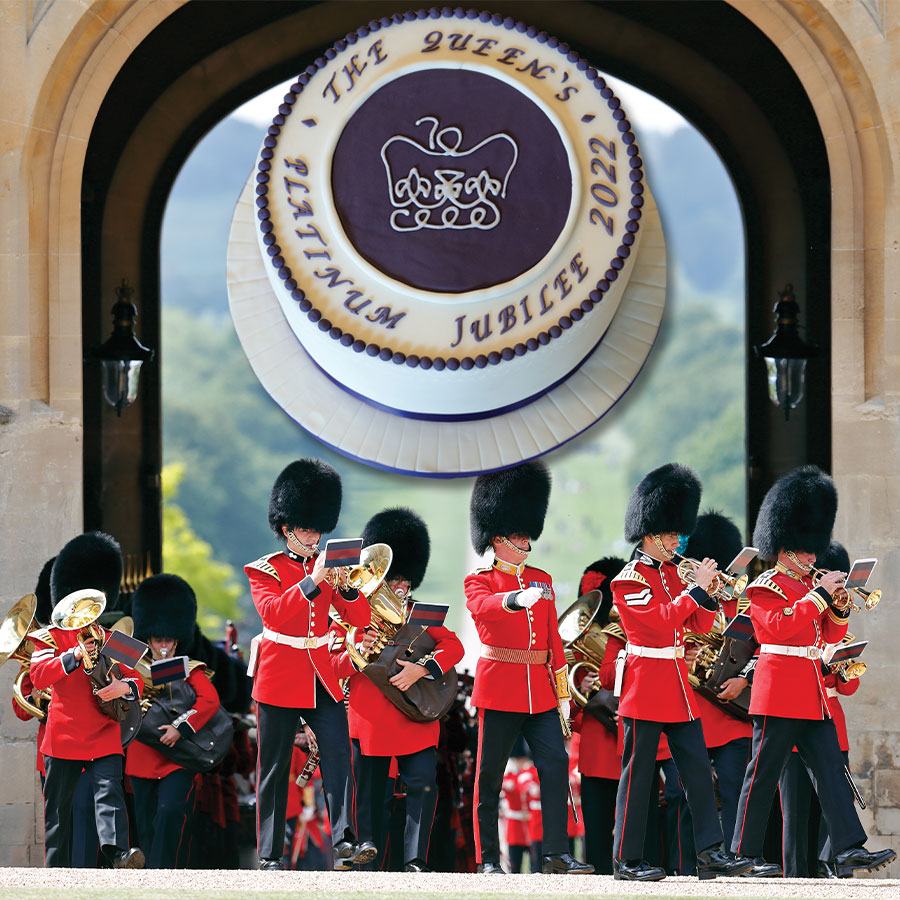 The horses are groomed, the instruments are tuned and the Royal Air Force jets are at the ready as the United Kingdom prepares for a blowout Platinum Jubilee weekend to mark Queen Elizabeth II’s 70 years as the reigning monarch.

While there are a plethora of official events to mark the milestone, U.K. residents will have their pick of unsanctioned activities, including a baking competition, a pop-up corgi café in London for the Queen’s favourite breed and planting trees for the Jubilee.

The Queen, who has been spending most of the COVID-19 pandemic at Windsor Castle, will be at Buckingham Palace to take part in the celebrations. They kick off on Thursday, June 2 with Trooping the Colour – a 260-year-old tradition where the reigning monarch’s birthday is marked by a parade with soldiers, bands and members of the Royal Family on the palace balcony for the obligatory wave, ending with an RAF flypast.

At 9:45 p.m. on June 2, the palace will fire up the Platinum Jubilee Beacon, setting off a chain reaction where more than 1,500 beacons will be lit throughout the U.K., as well as another 54 in the capital cities of the Commonwealth member states. Similar to fire signals, an ancient form of communication across long distances, the beacon was adopted as the traditional way to mark a jubilee in 1897, for Queen Victoria’s diamond event. Beacons were also sparked for Queen Elizabeth’s 90th birthday, in 2016.

All eyes will be on Epsom Downs in Surrey on the afternoon of June 4, where derby hopefuls owned by the Queen – Reach For The Moon, Educator and General Idea – are three of 91 entries vying for a spot in the prestigious 243-year-old race for £1.5 million ($2.4-million) in prize money. Although the Queen has entered many thoroughbreds in the Cazoo Derby over the years, she has never had a first-place finisher.

In the evening, the Platinum Party at the Palace, which will be broadcast live by the BBC, will see 10,000 guests enjoy a concert that promises “state of the art technology” and “the world’s biggest entertainers” headlined by Ed Sheeran, paying tribute to the Queen’s seven decades of public service.

If you didn’t get a ticket, and you’re in the U.K., head to Sandringham in Norfolk. Sandringham, which is open to the public for tours when the Queen is not in residence, will host a screening of the Platinum Party (as will Balmoral, the royal estate in Scotland). Sandringham is especially historic, as it’s the royal estate where the Queen spent her 96th birthday on April 21, and where her father, King George VI, died in his sleep on Feb. 6, 1952, cementing her destiny as Queen. It is where she often celebrates Christmas and returns every year on Accession Day, the annual Feb. 6 celebration. Take a stroll down to the mews, where the Queen Mother’s custom golf cart is parked. Her Majesty recently ordered her own cart, with all the bells and whistles, to get around the grounds.

The extra-long weekend – Thursday and Friday are bank holidays in the U.K. – culminates with the yearly Big Lunch on Sunday, June 5, where communities are encouraged to get to know their neighbours by sharing a cup of tea in the garden or hosting street parties. This year, it’s been renamed the Big Jubilee Lunch, and as part of the event, organizers at the 2,020-hectare Windsor Great Park will attempt to break the Guinness world record for the longest picnic table – currently held by Memphis, Tenn., for a 1,300-foot table with approximately 1,000 guests – along the mall leading up to the castle gates.

Cheers, Ma’am! Special Events, Sights and Exhibitions in the U.K.

Kensington Palace, London: A new photo exhibit, Life Through a Royal Lens, features pictures from the Royal Family’s personal archive taken over the last 200 years, including a portrait of Prince Albert, one of the first photographs of a royal ever taken by a camera; a never-before-seen image of Diana, Princess of Wales, by English fashion and portrait photographer David Bailey; “just-like-us” photos of the royals at play (Prince Philip grills hot dogs!), as well as images by Lord Snowdon, Cecil Beaton, Mario Testino and more. March 4 – Oct. 30

Palace of Holyroodhouse, Edinburgh: Some of the Queen’s past jubilee ensembles will be exhibited at the Platinum Jubilee Display, including her outfits for the silver, golden and diamond jubilees, as well as a retrospective of past jubilee celebrations. July 3 – Sept. 25

Windsor Castle, Windsor: As part of The Queen’s Coronation exhibit, visitors will see the Queen’s white duchesse satin coronation gown, designed by Norman Hartnell, and the purple velvet robe of state, made by royal robe makers Ede & Ravenscroft and embroidered in gold by the Royal School of Needlework, as well as significant memorabilia from her coronation day in 1953. It’s in St. George’s Hall, the only room in the castle open to the public that’s large enough to accommodate the coronation gown and the robe, which is 6.5 metres long. (In St. George’s Hall, look out a window, across the quadrangle, to the room above the porte-cochère. It is part of the Queen’s apartments, and she’s occassionally been spotted at work there.) July 7 – Sept. 26

Buckingham Palace, London: When the palace opens 19 state rooms and its gardens to the public this summer, check out The Queen’s Accession Exhibition. You can see the first official portraits, taken by Dorothy Wilding a few weeks after Elizabeth became Queen in 1952, as well as the jewelry she wore for the sitting and the tiara Queen Mary gave then-princess Elizabeth as a wedding gift in 1947. Wilding, the first female royal photographer, took many portraits of the Queen, which inspired countless stamps and hung in embassies around the world. July 22 – Oct. 2

And stop in at The Queen’s Gallery for Masterpieces from Buckingham Palace, with works from the likes of Rembrandt, Van Dyck and Rubens. March 25 – Sept. 25

The Royal Mews at Buckingham Palace: Visitors can see all the Queen’s carriages and automobiles until Oct. 2. The focus will be on carriages used for previous jubilees, but do take a look at Her Majesty’s collection of Rolls-Royces, Bentleys and Land Rovers – each a work of art in their own right.

The Tower of London: Superbloom opens Jubilee weekend, when 20 million seeds planted in the moat by the Historic Royal Palaces charity will create a field of flowers. (You may recall images from Blood Swept Lands and Seas of Red, the 2014 art installation viewed by the Queen, featuring more than 888,246 ceramic poppies, each symbolizing a British fatality in the First World War.) The landscape will change as each variety is in bloom, part of a permanent transformation to make the grounds more of a public green space. June 1 – Sept. 18

Leith, Edinburgh: The Royal Family’s former floating home-away-from-home, the decommissioned Royal Yacht Britannia, is now open to the public year-round. Prince Philip loved the ship so much that he moved the dining room – everything from art to candlesticks – to Frogmore Cottage after Britannia weighed anchor in 1997 for good. Much of the original furniture and fixtures are still on board, and give a glimpse of the Queen’s famously unflashy side. Pre-booked tickets daily.

For more on how to celebration in the UK, go here. Looking for ways to celebrate in Canada? Check out our story here.

Celebrate Britain&#8217;s Culinary Influences With a Pair of Mouth-Watering Appetizers From &#8216;The Platinum Jubilee Cookbook&#8217;