She’s Come a Long Way: Camilla, Duchess of Cornwall, in the Royal Spotlight at 75 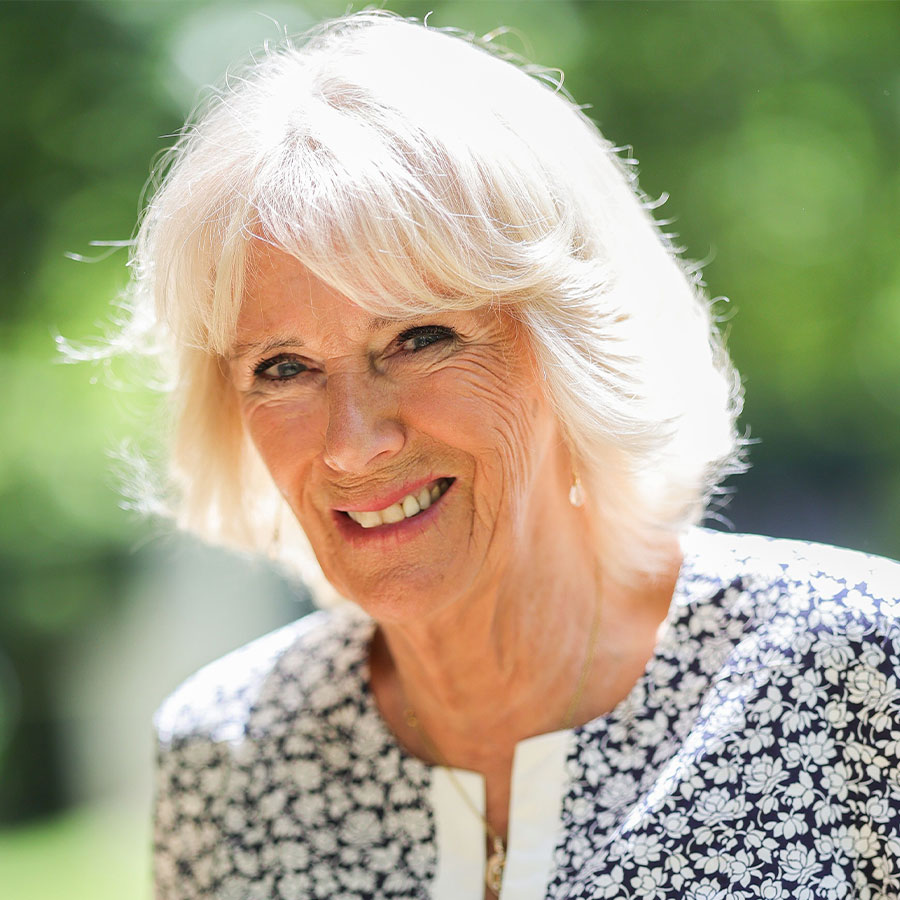 This Sunday, July 17, marks Camilla, Duchess of Cornwall’s 75th birthday. It is expected that she and Charles will have a low-key celebration with family. The occasion was marked with a cover photo and story in Country Life magazine, which Camilla guest edited. Her step-daughter-in-law, Kate, Duchess of Cambridge, took the relaxed cover shot of Camilla in the gardens of Ray Mill House. This is Camilla’s personal retreat, purchased after her divorce from Andrew Parker Bowles, housing her large gardens and stables. It is located in Wiltshire, a handy short distance from Prince Charles’ beloved country estate Highgrove House.

Camilla, and the perception of her in the eyes of the British public, has come a long way in the quarter-century since her 50th birthday. That occasion, just a few short months before the death of Diana, Princess of Wales, was her “coming out” party with her then-boyfriend, Prince Charles. The heir to the throne threw her a bash at Highgrove in the summer of 1997. It had been five years since the affair between the then-both-married Charles and Camilla had been exposed with the publication of Diana: Her True Story, by Andrew Morton.

For years afterward, Camilla was reviled as a homewrecker, with Diana’s rabid nickname for her — the Rottweiler — sticking to her heels. The highlight of Camilla’s 50th was followed by a difficult period for the couple, especially hard on Camilla, as the nation and the world mourned the tragic early death of the Princess of Wales.

In many ways, we know very little about Camilla. There was Emerald Fennel’s riveting portrayal of the young Camilla in The Crown. We met her as a canny young aristocrat, earthy and sexy with a deep voice and penchant for cigarettes. Unlike her rival, Diana, Camilla was in her element in the country, on horseback, in the garden, surrounded by dogs. Her bawdy humour and ease with both the rituals and quirks of royalty endeared her to the prince.

Camilla withstood the slings and arrows of public blame and loathing, standing by her man. It paid off in 2005, when the couple finally wed. The duchess proved to be very good at her new job, slowly and steadily building a portfolio of nearly 100 charity patronages and causes she invested in: the official website for the Prince of Wales and Duchess of Cornwall lists these interests as “health, literacy, supporting victims of rape and sexual abuse and domestic violence, empowering women; food; animals and heritage and the arts.”

One of her patronages, Literacy Trust, is marking her 75th with the Duchess’s Birthday Books Project, which will see some 25,000 elementary school children receive mini-libraries of books.

She has also done her chief job very well: supporting Prince Charles and making him a happy man. No longer the awkward, standoffish young royal who resented Diana’s immense popularity, he now projects warm granddad vibes with Kate and William’s three kids and appears at ease in his own skin with Camilla by his side.

This is how Charles described his great love for Camilla to Jonathon Dimbleby in the 1994 television interview in which he first admitted their extramarital affair: “Mrs. Parker Bowles is a great friend of mine. I have a large number of friends. I’m terribly lucky to have so many friends who I think are wonderful and make the whole difference to my life, which would become intolerable otherwise …

“She has been a friend for a very long time, along with a lot of other friends, and will continue to be a friend for a very long time.” Their compatibility, something very much lacking in his relationship with the mother of his children, has always been clear. A documentary highlighting her passions — Camilla’s Country Life — has been produced by the Country Life editors, as an accompaniment to further mark her birthday.

Surely, Charles will keep up his tradition of showering his love in jewelry for the big occasion (his own 75th is 16 months hence, on Nov. 14, 2023). Charles has spent decades collecting the jewels that once belonged to Camilla’s great-great-grandmother Alice Keppel, who had a long affair with Charles’ great-great-grandfather Edward VII.

Camilla has her own five grandchildren, via her son Tom Parker Bowles and daughter, Laura Lopes. The larger, blended family now supposedly gets along just fine, in the decades since their families of origin first blew up. Time heals all wounds, and with Kate so very publicly supporting her by taking her birthday portrait — and with a first meeting with Harry and Meghan’s one-year-old daughter, Lilibet, under their belts over the Jubilee weekend visit back to London — it appears that Camilla is fully ensconced now in all her positions and roles. And most importantly, with the nod from the Queen earlier this year that she is to become Queen Consort herself when Charles ascends the throne — in the fullness of time — all of the couple’s ducks appear to be in a row. A great time for a happy birthday, indeed.