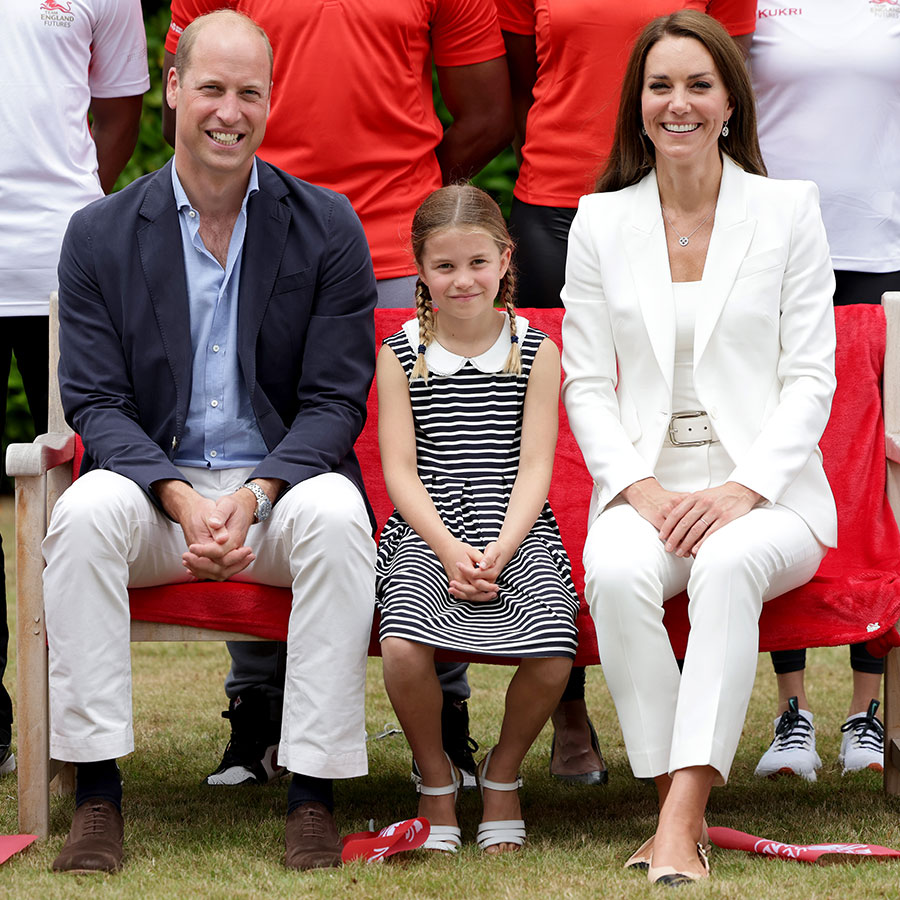 Princess Charlotte made a surprise appearance at the Commonwealth Games on Tuesday.

The seven-year-old royal joined her parents, the Duke and Duchess of Cambridge, at the Sandwell Aquatics Centre in Birmingham to watch some of the swimming events at the competition.

The trip marked the first time Charlotte — who wore a casual navy and white striped dress with her hair in two plaits — has made a public appearance without either of her brothers, Princes George, nine, and Prince Louis, four.

Later in the day, the trio headed to SportsAid house to meet with athletes supported by the charity’s Team England Futures scheme.

Charlotte told the people she met her favourite sport is gymnastics.

Her mother Catherine — who has been patron of SportsAid since 2013 — added: “‘Charlotte spends most of her time upside-down, doing handstands and cartwheels.”

The youngster participated in an interactive workshop with some athletes learning about the practical advice aspiring sports stars are given on nutrition and restful sleep as she helped organize images of food into the correct category.

The royal visitors also watched volleyball players take part in a demonstration of bicycle-powered smoothie makers — but Charlotte put her hands over her ears after being startled by the noise.

Charlotte was also asked to add medals to the facility’s awards wall.

Prince William, his wife and their daughter weren’t the only members of the royal family to attend the Games on Tuesday because the Earl and Countess of Wessex, along with their children Lady Louise, 18, and 14-year-old James, Viscount Severn, were also spotted in the stands.

The Wessexes are due to attend most days, while William’s father, Prince Charles officially opened the Games last week on behalf of his mother, Queen Elizabeth, with his wife Camilla, Duchess of Cornwall by his side.

Palace Releases New Photo for George’s 9th Birthday, Plus 9 of Our Fave Pics of the Young Prince Over the Years