As the Queen’s Corgis Find a New Home, a Lesson for Seniors Concerned Their Pets Will Outlive Them 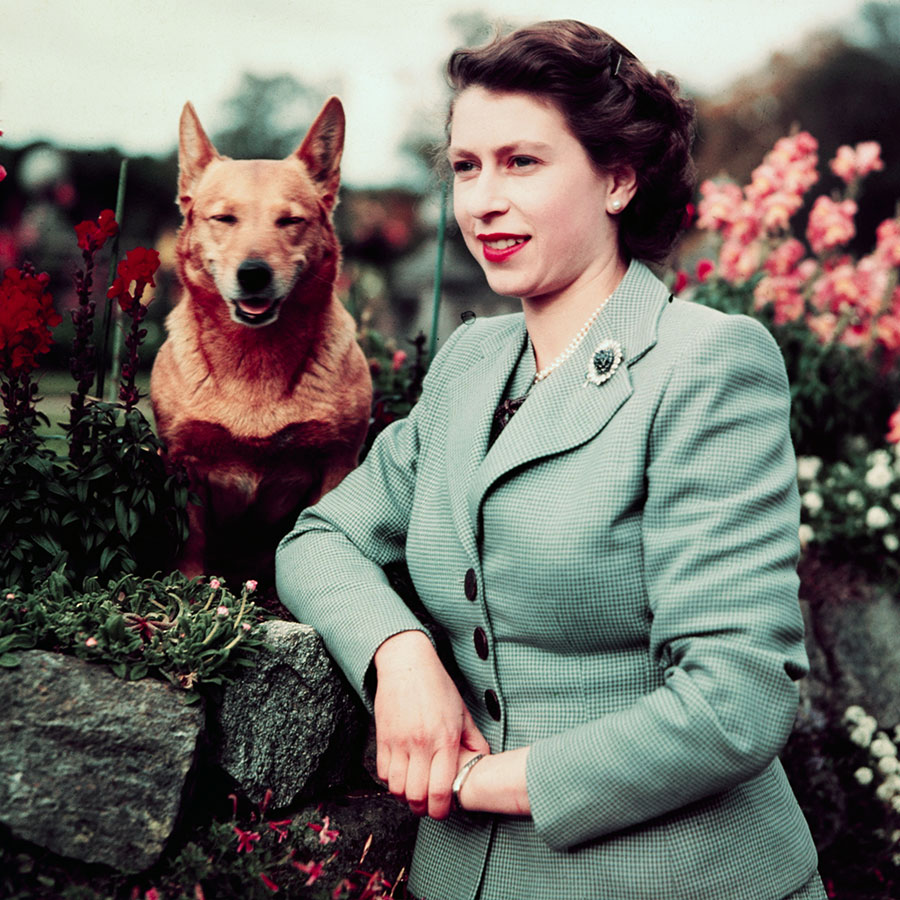 Queen Elizabeth II at Balmoral Castle with one of her corgis in 1952. Photo: Bettmann/Getty Images

Prince Charles got the crown and Prince Andrew got … the corgis.

In the midst of the overwhelming pomp of this mourning period for Her Majesty and the shock of a new monarch, many dog lovers were nevertheless left wondering and worrying about the fate of the royal Pembroke Welsh corgis that were so closely identified with Queen Elizabeth.

Not to worry: as with everything else connected with the Queen’s passing, arrangements were made well in advance.

The canines were among the Queen’s most loyal and cherished companions and became a symbol of her monarchy. She owned more than 30 corgis over her lifetime, all except the most recent ones descended from her first, Susan, an 18th birthday gift from her father, George VI.

With the Queen’s death, the palace pets were facing what all dogs, royal or not, must contend with when they survive their owners: going to live in a new place with new people.

Of course, not everybody approves of Andrew adopting the animals.

One Twitter user wrote: “Prince Andrew is to permanently look after the Queen’s corgis. I wouldn’t trust him to look after the school hamster for the weekend.”

It may be some comfort to Andrew that his new four-legged companions only care about whether they’ll be fed properly in their new digs — the 30-room Royal Lodge on the Windsor estate — and not about whether their new owner allegedly enjoyed the company of a notorious pedophile.

Still, making sure that pets are properly rehomed when owners die or become incapacitated is a big concern for people who want pet companionship as they age. Rehoming, however, isn’t isn’t as traumatic for dogs as owners might think, says Dr. Stanley Coren, psychologist, researcher, professor emeritus at the University of British Columbia and prolific author of popular books on dogs.

“The average dog has a mind equivalent to a human two to three-years old,” he explains. “If a two- to three-year old human has to be rehomed after their parents die, it’s going to be difficult at first but they adapt very quickly.

“It’s the same thing as with love. If I love someone, that doesn’t mean I can’t love someone else. If the person I love disappears from my life, it will hurt. But I can find someone else to love.”

For some would-be dog owners, the thought of watching a beloved dog get old and ill and die after 10 or 15 years is a reason for not getting a dog or replacing one that has died. But for older people, the dilemma is the opposite.

They worry about the dog outliving them.

While Andrew will take care of the pair of young corgis, the future of the other surviving dogs will be decided by King Charles III, reports Firstpost, just as he will decide the future of many other members of the Royal Family.

The new King, it is said, like his father, Prince Philip, is not amused by corgis. Charles and Camilla own a pair of Jack russells, Bluebell and Beth.

Prince Philip, according to the BBC, “never shared his wife’s fondness for the breed, [and] was apparently heard to complain: ‘Bloody dogs! Why do you have to have so many?’”

As for dorgis, the mixed breed came about many decades ago when the Queen’s corgi had an unscheduled intimate encounter with Princess Margaret’s dachshund. Reportedly, Her Majesty was so enchanted with the result that she continued to breed dorgis.

Sandy and Muick, the young corgis, were gifts to the Queen from Prince Andrew and his ex-wife, Fergie, to keep her company after the death of her husband and during the pandemic.

The Duke and Duchess had no qualms about gifting a woman with a puppy on her 95th birthday, no doubt recognizing that they might eventually inherit them.

Some years ago, Coren, who is 80, jumped into the controversy about whether older people should be allowed to buy or adopt pets. Some board members at a Toronto-area animal shelter insisted that older people should not be allowed to adopt pets from the shelter because, if the human dies before them, these pets would be orphaned. Other board members suggested that this was age discrimination.

Writing in Psychology Today, Coren said he found the suggestion that an animal shelter would deny older people the companionship of pets “quite disturbing. The scientific evidence on the psychological value of pets is unambiguous.”

He also believes that older owners might be better for dogs.

“Arguments can be made that older people would be better suited for puppies because they’re going to spend more time with them,” says Coren. “Somebody who still has a working life, a single person who still has a career may be away from home most of the day. The older person is more likely to be at home and interact with the dog.”

Rebecca Parker, 59, who breeds lagotto romagnalo dogs at her Middle Kingdom Farm in Bethany, Oct., evaluates potential owners without considering age. (She has sold a puppy to a couple in their late 60s and early 70s; full disclosure: me and my partner.)

In her sales contract, Parker stipulates that the dog must be returned to her if the owners can no longer care for it.

Significantly, the few dogs that have come back to her were not returned by older people but rather by younger couples who became too busy with big families and careers to care for a young dog. “One couple didn’t realize how much work it would be,” says Parker. “It just means that I have to find a new family that wants to take it.”

Moving to a new home is a medium-level stress for the dog, she says. “Dogs (that are returned) establish a routine here [at the farm] within a week and are comfortable within three weeks.”

A dog’s comfort level with the person who shows them affection and cares for them doesn’t depend on that person’s status or wealth or title. And that may have been why Queen Elizabeth was so devoted to her dogs. They weren’t awed or impressed by her, but simply returned her profound affection for them.

“A dog has no use for fancy cars, big homes or designer clothes … A dog doesn’t care if you’re rich or poor, educated or illiterate, clever or dull. Give him your heart and he will give you his,” writes John Grogan, author of Marley and Me.

“(The Queen) absolutely adores dogs,” royal biographer, Ingrid Seward told Newsweek recently, before news of the monarch’s death was revealed. “She always has done. They were her first love and they will be her last.”

TIFF Offering Free Screening of ‘Elizabeth: A Portrait in Part(s)’ on the Day Before the Queen’;s Funeral