In the First State Visit of His Reign, King Charles Acknowledges Crown’s Role in Colonialism 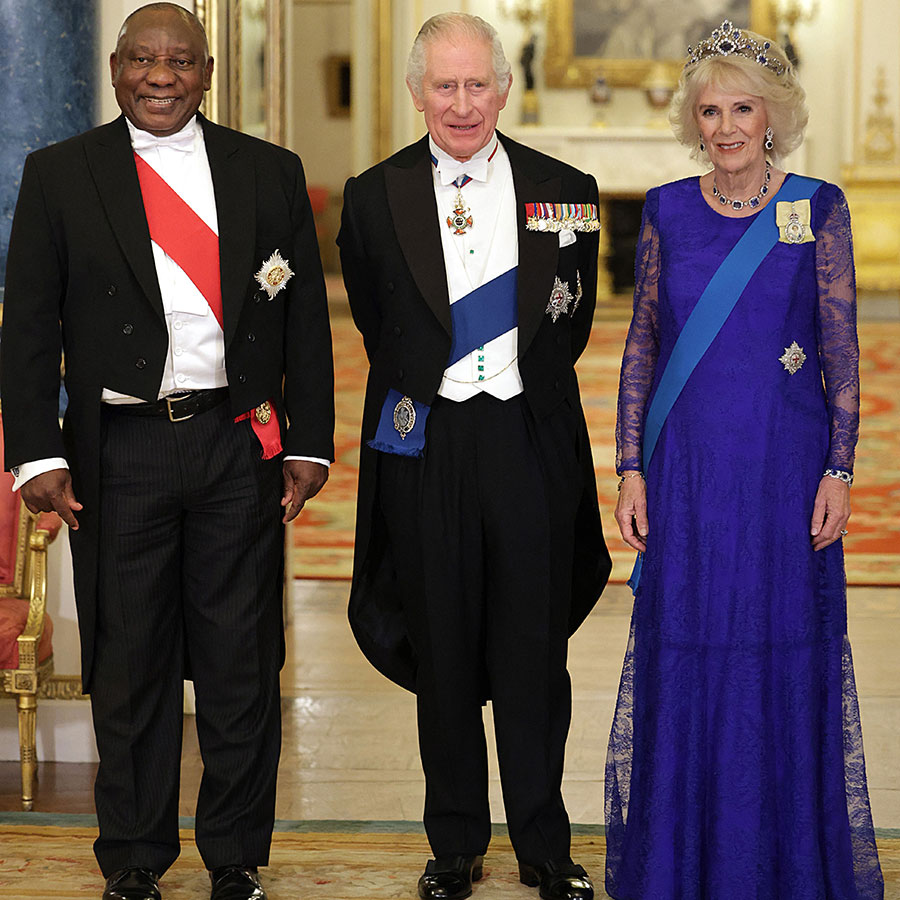 But it was what Charles said at the banquet that is the real news. In a year marked by calls throughout the Commonwealth for acknowledgement of (and reparations for) the Crown’s role in the many harms of colonial rule, Charles addressed the issue directly in his speech last night, in context of the fraught relationship between the U.K. and South Africa:

“While there are elements of that history which provoke profound sorrow, it is essential that we seek to understand them. As I said to Commonwealth leaders earlier this year, we must acknowledge the wrongs which have shaped our past if we are to unlock the power of our common future.”

Last year in Barbados, when he was Prince of Wales, he denounced what he called “the appalling history of slavery, which forever stains our history,” in a speech at the ceremony in which Barbados became a republic.

It had been unknown how much Charles would become embroiled in any form of politics or the statement of opinion when he became King. His speech last night has shown he will be addressing these issues. It is a critical time for the monarchy, with the passing of Queen Elizabeth II, who was more popular herself than the institution she headed. Polling around Charles’ popularity has thus far shown surprisingly robust support. But he will need to address the critical issues of the Crown’s role in colonialism within the Commonwealth, as the voices of dissent grow louder.

All the royal couples who made Platinum Jubilee tours earlier this year faced protests, but most notably William and Catherine in the Caribbean countries of Jamaica and Bahamas, and in Belize in Central America. The future of the Commonwealth, and how the King and his representatives handle these issues, could well define his reign.

But for the moment, the South African state visit was a chance for the King to show off what Britain does best: pomp and ceremony. Kate and William were the ones to greet Ramaphosa at his hotel, then accompany him by carriage to meet the King and Queen Consort in the Royal Pavilion at Horse Guards Parade. After the official greeting, the King and Queen Consort accompanied the South African leader in the State Carriage back to Buckingham Palace. State visits are made at the request of the British government, but the ceremonial aspects are conducted by the monarch. This visit had been planned since before the death of Queen Elizabeth II.

Kate and William took on what palace watchers are calling their most prominent state roles yet. For the occasion, Kate chose a midi-length pleated Emilia Wickstead coat dress in a stunning — and also, quite royal — shade of plum, with a matching Sean Barrett hat and Mulberry bag. Camilla’s royal blue ensemble was by Camilla Fiona Clare with feather beret by British milliner extraordinaire Philip Treacy.

There was some levity in the afternoon, when Ramaphosa noticed a photo of King Charles in South Africa meeting the Spice Girls. And there was a warm moment of remembrance when Charles spoke of his own fondness for South Africa, as well as the place it held in his mother’s heart. It was in Cape Town, on her 21st birthday, that she made the famous speech dedicating her life to the service of the people of the Commonwealth. Charles also related the story of what Nelson Mandela, to whom Ramaphosa was close, called the Queen: Motlalepula, or “to come with the rain,” in Setswana.

The evening banquet was like a return to the “before times” of grand state events in Britain (the last major state visit was given for Donald Trump in 2019). Kate wowed in a white Jenny Packham gown encrusted with jewels at the exaggerated shoulders; the piece wasn’t a cape dress, but rather had armholes that were covered by the caped effect falling from the sharp shoulders. This was the ninth time, according to Town & Country magazine, she has worn the Lover’s Knot tiara, and it was the 12th tiara of her royal career. It is sometimes called the Cambridge Lover’s Knot, but in fact it is an early 20th century piece modelled after the Cambridge original. Kate also wore a pearl bracelet that had belonged to the Queen. All the Queen’s jewelry now belongs to Charles, of course, so any loans are credited to him now.

The big jewelry moment of the night fell to Camilla, the Queen Consort, who wore the Belgian Sapphire tiara. With it she wore a sapphire earring and necklace set that the Queen wore in a photograph commissioned by Canada in 2020. All the blue, along with her blue lace gown by Bruce Oldfield (which she had worn for a shoot in British Vogue), left a bold fashion impression for Camilla, who has previously chosen much more deliberately background tones in her official wardrobe.

Looks like both the King and the Queen Consort are finding their voices in their new roles, as are William and Kate as they learn the ropes of their King and Queen-in-waiting positions. Diplomatic dressing and pheasant served by footmen, along with golden carriages and gun salutes and long lines of immaculately arrayed guards on horseback make for a jolly good show, anyways.