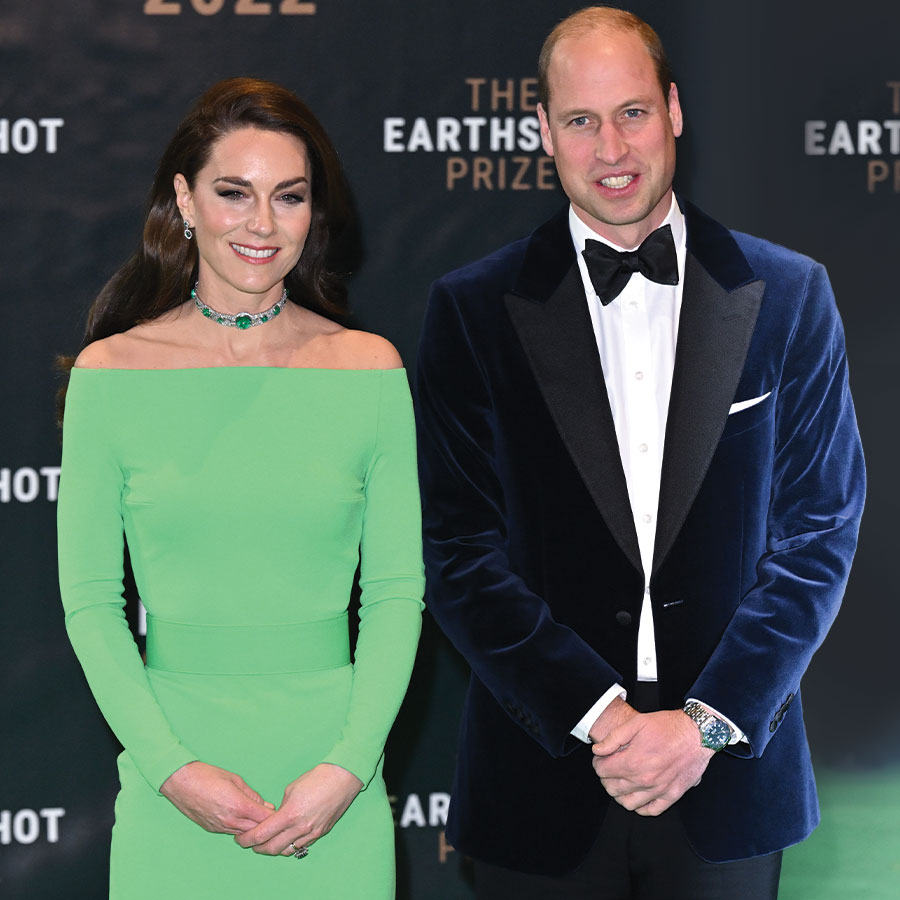 The Prince and Princess of Wales conclude their whirlwind three-day royal tour to Boston today. The grand finale Friday evening is William’s signature endeavour, The Earthshot Prize ceremony, which offers prizes of $1 million to promising climate projects. (The ceremony will be broadcasted on Sunday.)

This is the first visit to America in eight years for the royal couple, and the first since the death of Queen Elizabeth II, and their rise in rank to Prince and Princess of Wales, as William is now the official heir to the throne. This is a very different tour to their last one, where they were greeted like rock stars. It has been overshadowed by a racism scandal, one which erupted while the royal couple were midair across the Atlantic on Wednesday, wherein William’s godmother, Susan Hussey, stepped down after she deeply offended Ngozi Fulani, a black founder of a domestic violence charity, at a Buckingham Palace event by interrogating her about where ‘her people’ were ‘really’ from.

Racism has been an unwelcome guest and publicity thorn in William and Kate’s itinerary before. This quick pre-Christmas tour follows a difficult major three-country Jubilee Year tour the couple undertook on behalf of the Queen in the Caribbean last May, where calls for acknowledgement and reparations for the Crown’s role in the island’s legacy of slavery and the systemic racism bred by Britain’s historical colonial exploits.

This current tour has also been rocked by the high-profile, attention-diverting release of the Harry & Meghan: Becoming Royal trailer yesterday for the upcoming reality series featuring William’s brother, Harry and his wife Meghan, due on Netflix in December. The trailer, along with heady shots of the Sussexes’ romance, also pointedly shows a stony faced Kate (and Camilla, now Queen Consort) in front of Meghan in one of her final palace appearances before they quit as senior working royals. The trailer drop timing? Coincidence, ordered by the streaming service? Perhaps. But the Sussexes had to know and approve the optics here. The whole thing really just makes us sad for the sons of Diana, to be playing out their differences in the media Thunderdome.

Earthshot partnered with American royalty for this awards ceremony. As William explained on Wednesday, after he and Kate pushed the symbolic button to turn the city of Boston green in honour of the event: “It was that Moonshot speech that inspired me to launch The Earthshot Prize with the aim of doing the same for climate change as president Kennedy did for the space race. And where better to hold this year’s Awards ceremony than in president Kennedy’s hometown, in partnership with his daughter and the foundation that continues his legacy.”

William and Kate are the official diplomatic representatives of King Charles III. The royal visit was further granted legitimacy by the welcome and private meeting with President Joe Biden, who is himself in Boston on Friday for a Democratic Senatorial Campaign event. He headed straight from Logan airport to meet the Prince of Wales at the JFK Library, where the prince had earlier received a tour with Caroline Kennedy, ambassador to Australia and the daughter of the late slain president.

On the roster for The Earthshot Prize ceremony are a number of celebrity appearances: Billie Eilish and her brother, Finneas, are due to perform, along with Annie Lennox, Ellie Goulding and Chloe x Halle. Presenting awards alongside the Princess of Wales will be Catherine O’Hara, Rami Malek and Shailene Woodley. The big draw for the enviro crowd, though, will likely be Sir David Attenborough. (To watch the ceremony, go here.)

Kate’s fashion is always the highlight of a royal tour, and this time she went very deliberately heavy on modern trouser suits for her appearances. We saw her in a deep purple Alexander McQueen to deplane on Wednesday (closely matching husband William’s navy suit, it was a twinning moment and indicated they were here on serious business). The touch of glitz came from a pair of her late mother-in-law’s sapphire drop earrings. Next she rocked a slim-fit Burberry tartan dress for the lighting-the-town-green ceremony.  For her solo engagement at The Center on the Developing Child at Harvard University on Friday, she wore an elegant houndstooth midi-dress from Emilia Wickstead.

While attending the Celtics game on a date night with her husband on Wednesday (with thousands of people and countless cameras joining in their fun), there were a smattering of boos in the audience that night, as well as chants of USA. This must have been discombobulating for the couple, but they kept their composure and you never would have known they heard a thing. This is in contrast to the last U.S. basketball game they attended, on their 2014 visit, when they caught the Nets in Brooklyn and LeBron James gifted them a Cavaliers shirt for the young Prince George. It must have been a balm to the Waleses to get out on a proper walkabout on Day Two of the tour, where crowds had waited in the bone-chilling cold for the chance to greet them. Kate in particular drew fervent cheers, and there were photos of fans bursting into tears upon meeting her.

We also saw Kate in a plum Roland Mouret pantsuit with a pink pussy-bow blouse. But it is the gown for the awards ceremony that will likely define this tour, more than the soft businessy pantsuits.

The Prince and Princess of Wales are the future of the monarchy. They are carrying the ball forward. The environment is William’s key initiative, and it flows from his father’s lifelong interest and credibility in this area. One can only hope they take away the most important souvenir from their time in America: a better understanding of the importance of global impact, and how publicity and celebrity work outside of the royal bubble and the accepting bosom of England. The days of smiling and waving are over. Diana, the last Princess of Wales, showed the power of celebrity to the Royal Family. It is up to her son William to harness it, as well as for him to find a way to co-exist with his younger brother, who is determined not to cede the world stage to the heir to the throne. There is more than enough room for both of Diana’s sons, even if one got the bigger inheritance from his father’s side of the family.

If only they could work together again, what they might achieve. This sibling rivalry tit for tat is going to tire out even the most ardent royal watcher. And then no one wins.

Royal Family’s Reckoning With Race Comes to a Head as William and Kate’s Trip to the U.S. Is Marred by His Godmother’s Racist Comments