The British Monarchy Has Always Controlled How Much We See of It, But Charles III Could Change That 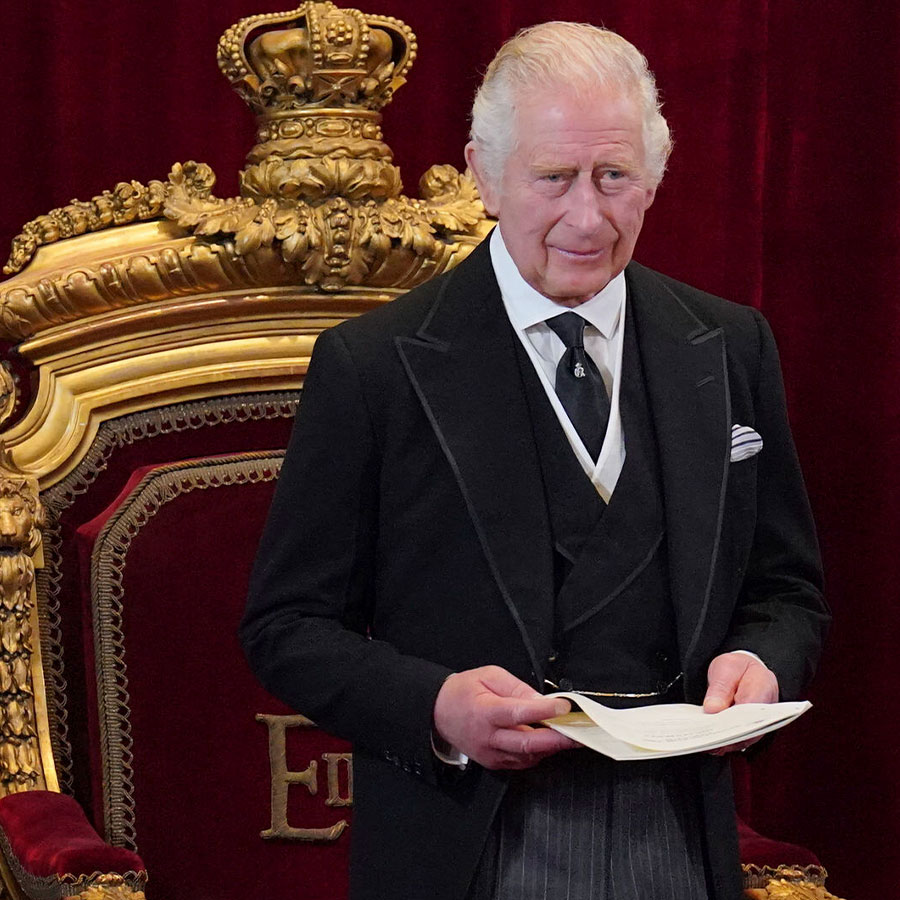 The proclamation of King Charles III marked the first time in history the public was allowed to witness the Accession Council, at St James’s Palace in London, Sept. 10, 2022. Photo: Jonathan Brady/Pool Photo via AP/Canadian Press

The late author Hilary Mantel once wrote of Queen Elizabeth II that she was “a thing that existed to be looked at”. This became even truer in death.

From the moment the sovereign left Balmoral Castle in the back of the glassy hearse on Sept. 8 2022, we could, if we wanted, stare nonstop at her coffin for the eight days that followed. The visibility of the monarchy — of both Elizabeth II and of her successor, Charles III — during that extraordinary period was unprecedented.

Monarchs have not always attended funerals. As historian Matthias Range shows in his book British Royal and State Funerals, Charles I was chief mourner at James I’s funeral in 1625, but this was unusual. The next incoming heir to be visible at the funeral of his predecessor was William IV in 1830.

By contrast, as Elizabeth II gradually withdrew from the public’s gaze, a grieving King was there to fill the vacuum. This served to ease and legitimize the regime change. And the exposure was, for many, affecting. In my book, The Drama of Coronation: Medieval Ceremony in Early Modern England, I show how the emotional bonds between a monarch and their people have long been deliberately nurtured through ceremony. The modern royal family in particular relies on these bonds to survive.

People were surprised, then, when it was reported that the palace had negotiated with the broadcasters to restrict how much footage of the national mourning period they could keep.

This raises questions about what levels of visibility and transparency are appropriate for the slimmed-down monarchy promised by Charles III, and about the purpose of royal ritual and pageantry in a modern world. As my research on the royal tours shows, visibility has always been risky. But it is also risky to lurch between full-on exposure and selective secrecy.

How Royal Visibility is Manufactured

The nonstop coverage of the period of national mourning showed how there can be unwelcome moments. Video footage of a man rushing at the Queen’s coffin as she lay in state in Westminster Hall has, for example, been removed.

After the funeral, it was revealed that the BBC, ITV and Sky had one week in which to make only 60 minutes of the entire 10 days’ coverage available. This worried both journalists and historians about the extent of royal control and the censoring of what was a national, historical event. The palace declined to comment.

This is not unusual. We can expect the same at Charles III’s coronation. The royal family’s success rests on the palace’s careful curation of their image and their ongoing battle with the media about what can and cannot be shown.

In 1953, it was agreed that the BBC would not film the moment Elizabeth II was anointed Queen. Charles is unlikely to request this when he is anointed with consecrated oil on May 6 2023, but he could. Either way, whether visible or hidden, this sacred, pivotal moment of the coronation ceremony will cause a stir. It is a rite which worried even medieval commentators for its imitation of God’s anointing of Christ.

The problem with the retrospective censoring of Elizabeth II’s funeral was that it felt like a betrayal. Her death and the accession of Charles had been so deliberately public, as well as oddly intimate, that we temporarily forgot that access to the royals is always mediated and their visibility manufactured.

The discretion often cited as the key to Elizabeth II’s success as a constitutional monarch suited her — she was a young woman — and her time. Charles, by contrast, is 74 and much more open; we already know what he thinks about a lot of things. The 19th-century constitutional historian Walter Bagehot might have warned about letting in daylight upon magic in his book The English Constitution, but the light has been pouring in for ages and the mystery somehow seems to remain. As Mantel put it: “The faculty of awe remains intact.”

Much is kept secret, often with good reason, and influence is immeasurable. On the private weekly meetings between sovereign and prime minister, the political theorist Harald Laski wrote in his 1938 book The Monarchy that: “On no element in the Constitution is our knowledge so inexact.”

With death should come some transparency. But the royal archives in Windsor are famously inaccessible and selective. Those private papers of Elizabeth II that are no longer required for current royal or governmental use will be transferred there now that she has died, but they are not there yet.

To the government’s (and palace’s?) dismay, Charles III’s famous “black spider memos”, so-called because of Charles’s distinctive scrawly handwriting, were brought to light in 2015 but in redacted form. These letters to several government departments revealed Charles corresponding with ministers on issues that mattered to him, from housing and health to the environment.

The government still maintains that all such correspondence should be private. In early October, the investigative journalism organization Declassified U.K. reported that hundreds of Foreign and Commonwealth Office files in the National Archives relating to overseas visits made by Charles when he was Prince of Wales were being retained.

When he first spoke to the nation as king, Charles pledged to “uphold the constitutional principles at the heart of our nation”. This referred to his former meddling — or as he called it, “motivating”. In a BBC television interview in 2018 he rebuffed the accusation that he would continue to speak out:

I’m not that stupid. I do realize it is a separate exercise being sovereign.

At the end of October, two days into Rishi Sunak’s premiership, the House of Lords debated the UK government’s decision to not heed Cop26 president Alok Sharma’s advice that King Charles should attend Cop27 in Egypt. The King hosted a reception at Buckingham Palace instead.

But Charles’s views on climate change are well known. As head of state in 14 other countries as well as the U.K., he could, and perhaps should, continue to be vocal about it. To fall silent now would be bizarre. Indeed, there are many other issues which a head of state could usefully address with care. Has the time come for a non-mute constitutional monarch?