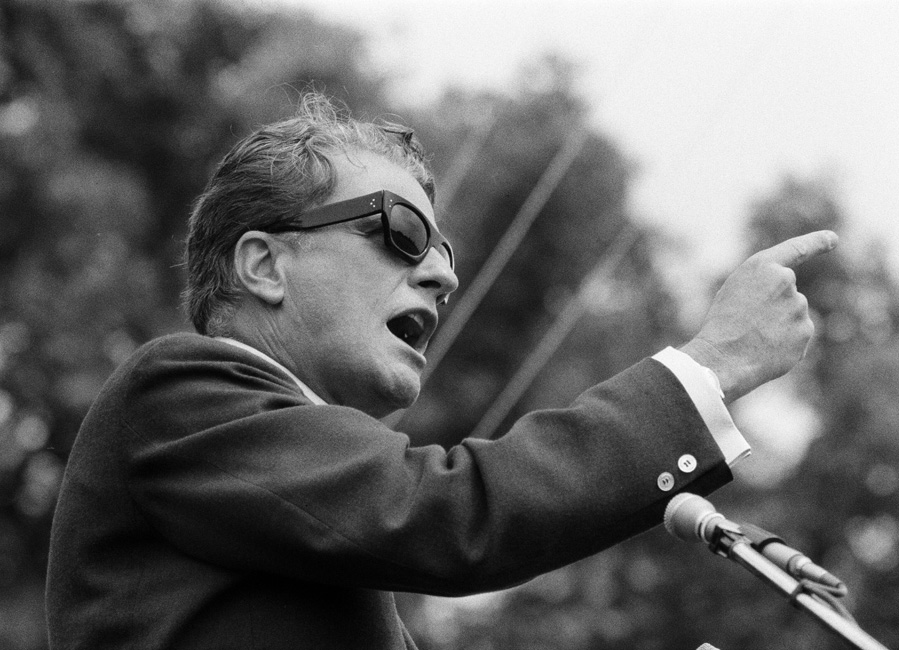 The Rev. Billy Graham, who became the face of evangelical preaching and crusading in the U.S. and around the world, died on Feb. 21 at the age of 99 from cancer and pneumonia.

Rev. Graham was a spiritual leader to his global flock, but he provided spiritual advice to world leaders and U.S. presidents, from Dwight Eisenhower to George W. Bush. Graham enjoyed a particularly close relationship with President Richard Nixon, and was said by insiders to be one of the few people the controversial president really respected. Graham even had a private audience with Her Majesty Queen Elizabeth in 1956.

Rev. Graham was born in 1918 in Charlotte, N.C., and raised by religious family on a dairy farm. After graduating from Christian college, he started preaching evangelical revivals on radio in L.A. in 1949. Encouraged by the early success, he parlayed this into a massive global ministry, which saw him preach in 185 countries. Eventually he became an Evangelical superstar, the “Pope of Protestant America” by Time Magazine.

With handsome looks, sparkling charisma and boundless energy, Graham spent most of the second half of the 20th century on a perpetual crusade, travelling the world with the Billy Graham Evangelical Association. Graham spread his Christian message by becoming an omnipresent figure, appearing  radio, television, print and speaking in stadiums around the world (including five times in Canada).

And while his message didn’t resonate with everyone, especially those on the political left, and people didn’t always follow his advice, Graham was always appreciated for his honesty and resolve, which explains why he made Gallup’s 10 “most admired people in the world” over 50 times.

He never got rich like other charlatan preachers. Nor did he get caught up in sex scandals. And he never used his tremendous name recognition to run for political office.

Instead, he remained true to the evangelical message that begins and ends with the Gospel of Christ.