No Bones About It: Researcher Says Remains Discovered in 1940 Belong to Amelia Earhart 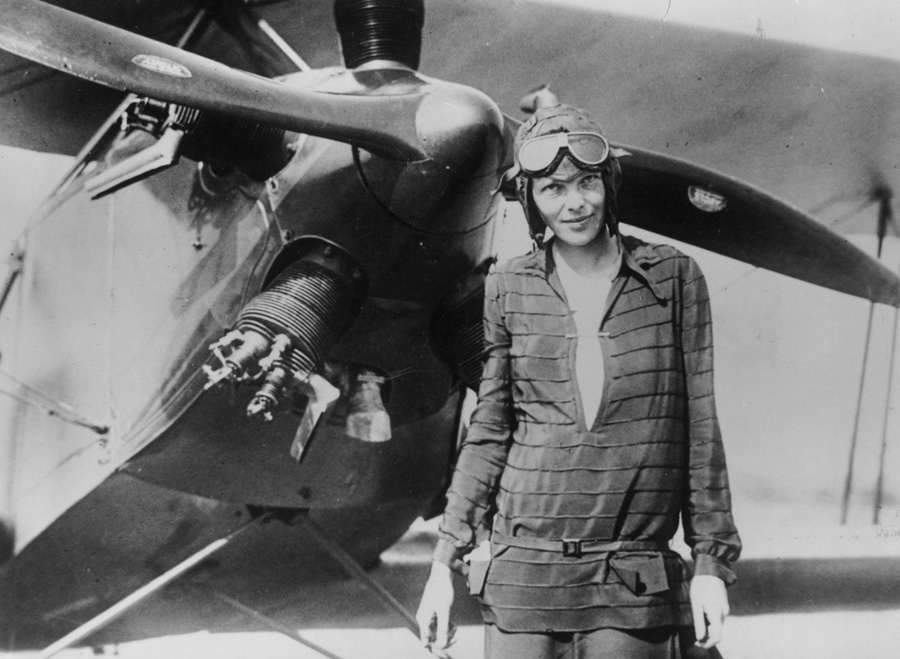 One of the great mysteries of all time – whatever happened to American aviation pioneer Amelia Earhart – might be solved, according to a University of Tennessee professor. Just in time for International Women’s Day, researcher Richard Jantz says bones discovered in 1940 almost certainly belong to the missed aviatrix.

Earhart, whose accomplishments include being the first woman to fly solo across North America and, later, the Atlantic Ocean, disappeared over the Pacific Ocean in 1937 while attempting to circumnavigate the globe with her navigator, Fred Noonan.

Three years later, a British expedition came upon skeletal remains on the Pacific island of Nikumaroro, along with other items, including a woman’s shoe, a sextant box, a bottle and “the ‘remains of fire, turtle, and dead birds.’”

Initial forensic analysis of the 13 bones in 1941 by Dr. D.W. Hoodless, in the hopes that they belonged to Earhart, concluded they were, in fact, from a man. As such, the bones were discarded. However, according to new research published by Jantz in the journal Forensic Anthropology, Dr. Hoodless’ findings are incorrect and the remains very likely belong to Earhart.

“When Hoodless conducted his analysis, forensic osteology [the study of bones] was not yet a well-developed discipline. Evaluating his methods with reference to modern data and methods suggests that they were inadequate to his task; this is particularly the case with his sexing method,” Jantz writes in his study findings.

To arrive at his conclusion, Jantz took a fresh look at images and data from the bones and compared them with Earhart’s documented body and limb measurements. He also employed a computer program called Fordisc, which he helped create and which is widely used by anthropologists, “that uses statistical methods to estimate sex, ancestry, and stature from skeletal measurements.”

The result – out of the 2,776 individuals documented in the University of Tennessee’s Forensic Anthropology Center database, Earhart’s measurements proved a more accurate match to the bones than 99 per cent of the other subjects.

“The bones are consistent with Earhart in all respects we know or can reasonably infer,” Jantz adds in the study. “If the bones do not belong to Amelia Earhart, then they are from someone very similar to her. And, as we have seen, a random individual has a very low probability of possessing that degree of similarity.”

Jantz’s study, perhaps the most thorough analysis of its kind of the bones, also lends credence to a theory, put forth in 2016, by Ric Gillespie, executive director of the International Group for Historic Aircraft Recovery (TIGHAR), that Earhart actually died a castaway on Nikumaroro.

“Until we started investigating the skeleton, we found what history knew was that Amelia Earhart died in July 2nd, 1937, in a plane crash. But there is an entire final chapter of Earhart’s life that people don’t know about. She spent days — maybe months — heroically struggling to survive as a castaway,” Gillespie told CNN. “We found records of bonfires being lit in the area where the bones were found. Based on the fish bones and bird bones found in the area, Earhart survived weeks, maybe even months, in that island.”

The story also notes that Gillespie believes Earhart survived by sourcing water from tree leaves and rain given the water on the island is not drinkable.

At the same time, Jantz’s study, if true, would refute another popular claim as to Earhart’s whereabouts — that the pilot died in Japanese custody. Last summer a photo taken shortly after Earhart’s crash began circulating courtesy of the History Channel, which was promoting a documentary on Earhart. the pic shows of a group of people on a wharf in Jaluit Atoll, part of the Marshall Islands, which were controlled by the Japanese at that time. Supporters of the theory pointed to a grainy image of what looks like a woman, claiming it was Earhart, and a man they believed to be Noonan, her navigator. Many, including Gillespie, poured cold water on the claim.

There is, however, one place that you’re certain to find Earhart — the shelves of your local toy store. Earlier this week, toy maker Mattel announced a new “Inspiring Women” collection of Barbie’s created in the likeness of real-life female pioneers. They include artist Frida Kahlo, groundbreaking NASA mathematician Katherine Johnson and, you guessed it, Amelia Earhart.