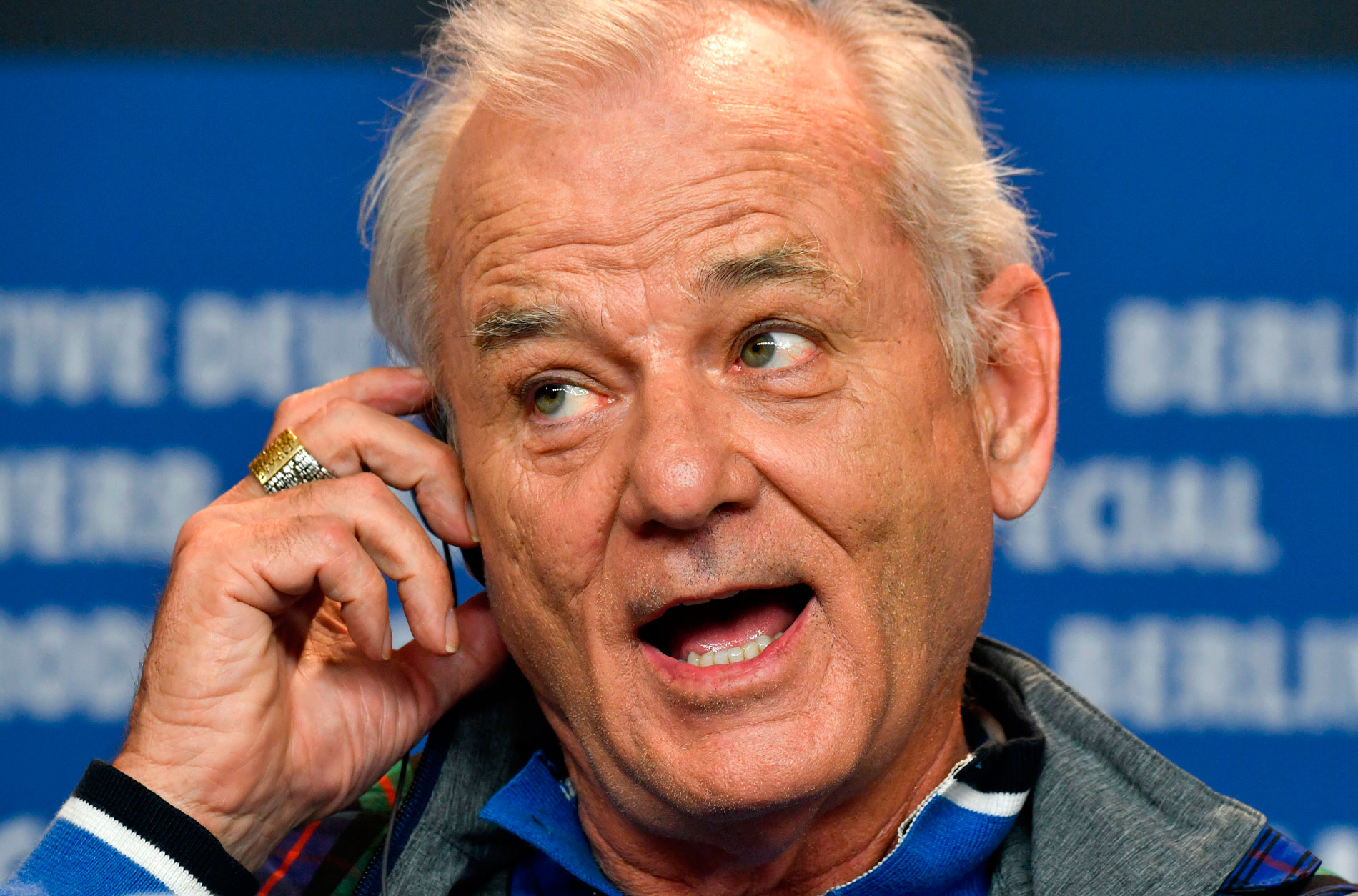 US actor and humorist Bill Murray gives a press conference for the animated feature 'Isle of Dogs' of the Berlinale film festival in Berlin on February 15, 2018. (JOHN MACDOUGALL/AFP/Getty Images)

“The thing that’s so powerful about students is that, when you haven’t had your idealism broken yet, you’re able to speak from a place that has no confusion, where there is a clear set of values.”

The enigmatic Bill Murray has spoken. And he isn’t usually on the forefront of socio-political issues. Bordering on reclusive, he’s more likely to be seen at a Cubs game or modelling his latest fancy pants “Bill-Bottoms,” from his William Murray line of golf fashion on the green.

But now, Murray has spoken out in support of the student activists who have been shaking the political establishment with their grit and determination to do what generations of adults have failed to do: gun control.

Murray wrote in an op-ed posted on NBC’s Think, “I was thinking, looking at the kids in Parkland, Florida who have started these anti-gun protests, that it really was the students that began the end of the Vietnam War. It was the students who made all the news, and that noise started, and then the movement wouldn’t stop. I think, maybe, this noise that those students in Florida are making — here, today — will do something of the same nature.”

The popular actor has appeared in dozens of film and television productions from the early days of Saturday Night Live to Caddyshack, Groundhog Day and his Oscar-nominated turn in 2003’s Lost in Translation.