Hats Off: Our List of the 7 Most Memorable Toppers of All Time 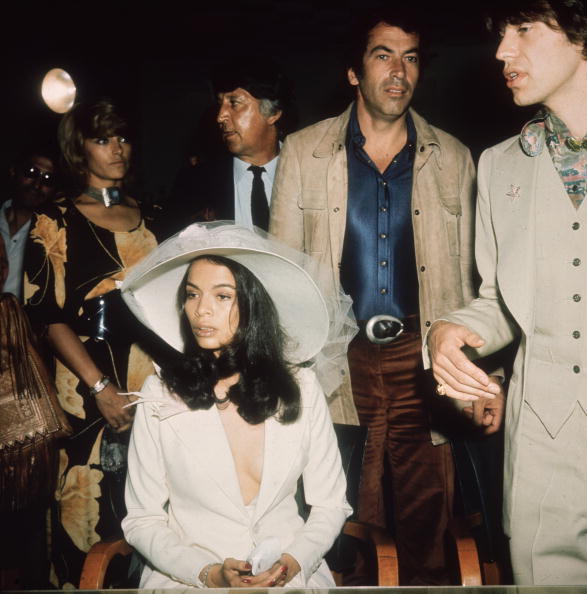 We may have lost the style tradition of showing off new hats on Easter Sunday, when the Easter bonnet was a must have in every woman’s wardrobe, but that’s not to say that hats have had their day. As the renowned milliner Philip Treacy, whose fantastical creations have graced the heads of royalty, movie stars and pop icons, once said, “Hats are for everyone. We all have a head so we have the possibility to wear a hat.”

But while we all have the ability to don a chapeau, few of us have the ability to make a hat our crowning glory. For this to happen, it requires a combination of the right woman, in the right hat and at the right occasion. No one can predict where, when or on whom, a hat will suddenly rise above all others to bask in the spotlight and leave an image seared onto the world’s collective memory.

But thankfully there are still those who believe in that their look isn’t complete without a fanciful chapeau. We take a look at some of the top hats which will go down in the fashion history books. When Aretha Franklin took to the podium to sing a hymn for the presidential inauguration of Barack Obama in January, 2009, the moment was not only auspicious but also an unexpected fashion moment.

Very little can detract from the Queen of Soul when she belts out a song, but in this moment, her grey wool hat with oversized bow and rhinestones, practically stole the spotlight. As millions around the world watched the live televised event, social media lit up with comments regarding her hat and instantly lavished fame unto the little-known designer Luke Song. The hat proved to be so influential, orders were still coming in months later.

But the designer refused to make an exact replica, recognizing the hat had gained iconic status and would forever be associated with just one woman; Franklin. Instead, he designed something similar in satin and a smaller bow. Ah, the British love their fascinators and hats. It’s serious business, enough for occasions such as Royal Ascot Ladie’s Day to have firm rules requiring headpieces to “have a solid base of four inches or more.”

At a posh society wedding hats are obligatory.  Add in a splash of royalty and guests take their headpieces up several notches. But at the royal wedding of Prince William and Kate Middleton in April 2011, one fascinator stood above the rest, both literally and figuratively. For better or worse, Princess Beatrice’s sculptural head piece by Philip Treacy, captured the attention of the public and the media and was widely panned as ridiculous. The hat inspired memes, was compared to an octopus and even had its own Twitter account.

The designer cites the harsh criticism of the fascinator as the worst thing anyone has ever said to him. He said one man even emailed him to say that he single-handedly did more to bring down the monarchy than anyone else. It should be noted that there were also 30 other guests at the same wedding wearing hats designed by Treacy.

And he stands by his infamous design and thinks history will look back favourably upon it. And he might be right, because for a fashion item so vigorously despised, it sold for a whopping $130,000 US at a charity auction. Jackie Kennedy will be forever known as one of the most stylish American First Ladies – and a chic hat was often part of her look.

A popular hat of the 1960s, the pill box hat was a favourite of Mrs. Kennedy. Ironically, it  was her accessory of choice on two vastly different historic occasions. She wore a white version to her husband’s presidential inauguration in 1961. And infamously, it was a pink pill box, which matched her suit, that she wore on that fateful day in Dallas on November 22nd, 1963, when President John F. Kennedy was assassinated.

Splattered in her husband’s blood, she reportedly refused to take off the pale pink suit, insisting, “No, let them see what they’ve done.” When she finally removed the stained garments, they were quickly taken away and stored for preservation at the National Archives in Maryland. But according to reports, at some point  before the outfit was packed up for posterity, the hat went missing.

There exists countless photographs and television footage of Mrs. Kennedy in the pink suit and  hat will be forever linked to that tragedy. It is said, that was the moment the pill box hat began to retreat from fashion.

When Celine Dion wore a backwards looking tuxedo by John Galliano to the 1999 Oscars, the look was widely panned by critics.

But it was perhaps – as she acknowledged in an interview just last year – because the look was too avant-garde for the time.  But her matching sculptural fedora was also ahead of its time since women in hats was not something commonly  seen on the red carpet and it’s a trend that has yet to be repeated.

This so-called fashion misstep seems particularly poignant now, since the same critics are declaring Dion as something of a major fashion plate, When Bianca Jagger married Rolling Stones frontman, Mick Jagger, back in 1971, her bridal outfit broke many rules – including her wide brimmed hat.

The bride chose a white YSL Le Smoking tuxedo jacket, worn with nothing underneath (she was pregnant and the shirt didn’t fit) and paired it with a long skirt. But it was her choice of bridal headpiece that was the perfect pairing for the alluring outfit. A large floppy sunhat with a string of flowers around the crown and a veil attached added a touch of innocence to her sexy ensemble. The hat was also the perfect touch for the laid back, yet high octane glamour of the French Riviera, where the wedding took place.

The marriage didn’t last, but the wedding outfit and hat would go down in fashion history books as one of the chicest wedding attire ever. Before her marriage to Prince Charles, Camilla Parker Bowles had to endure years of being a woman scorned by an entire nation. There were those who blamed her for the breakup of Charles and Diana’s marriage and she was viewed as a frump.

But as she emerged on her wedding day back in 2005,  hand-in-hand with the man she always loved, she looked radiant and beautiful. For a woman who previously didn’t seem to care about her looks or clothes, she stunned the fashion world with her stylish wedding outfit and her dramatic feathered hair piece from, you guessed it, Philip Treacy.

The fascinator was encrusted with diamonds and a sweep of feathers all to one side, which seemed to signal to the British public that this was a new Camilla, now a dazzling Duchess. Queen Elizabeth II is undoubtedly the world’s most famous chapeau-loving woman. She is rarely seen without a brightly hued hat coordinated with her outfit.

When hat designer Philip Treacy met her – despite protocol which dictates one does not engage her in conversation –  he felt compelled to ask if she actually likes wearing hats. She replied, “It’s part of the uniform.”

As the longest reigning monarch who has made countless  public appearances, her hat collection is staggering. Hence, it would be difficult to highlight a single hat as most memorable.

But there is one that is historic – and she only wore it once. The St. Edward’s crown is the gem encrusted headpiece she wore on her coronation in 1953. Dating back to coronations in the 13th century, the crown was probably sold or melted down during the British Civil War of 1649. The current iteration was made in 1661 and is housed for public display in The Tower of London.

This past January the Queen broke with protocol and gave an interview on the BBC where she discusses the heavy crown that “could break your neck.” See the video below: