10 Celebrity Looks That Push the Boundaries Of Fashion 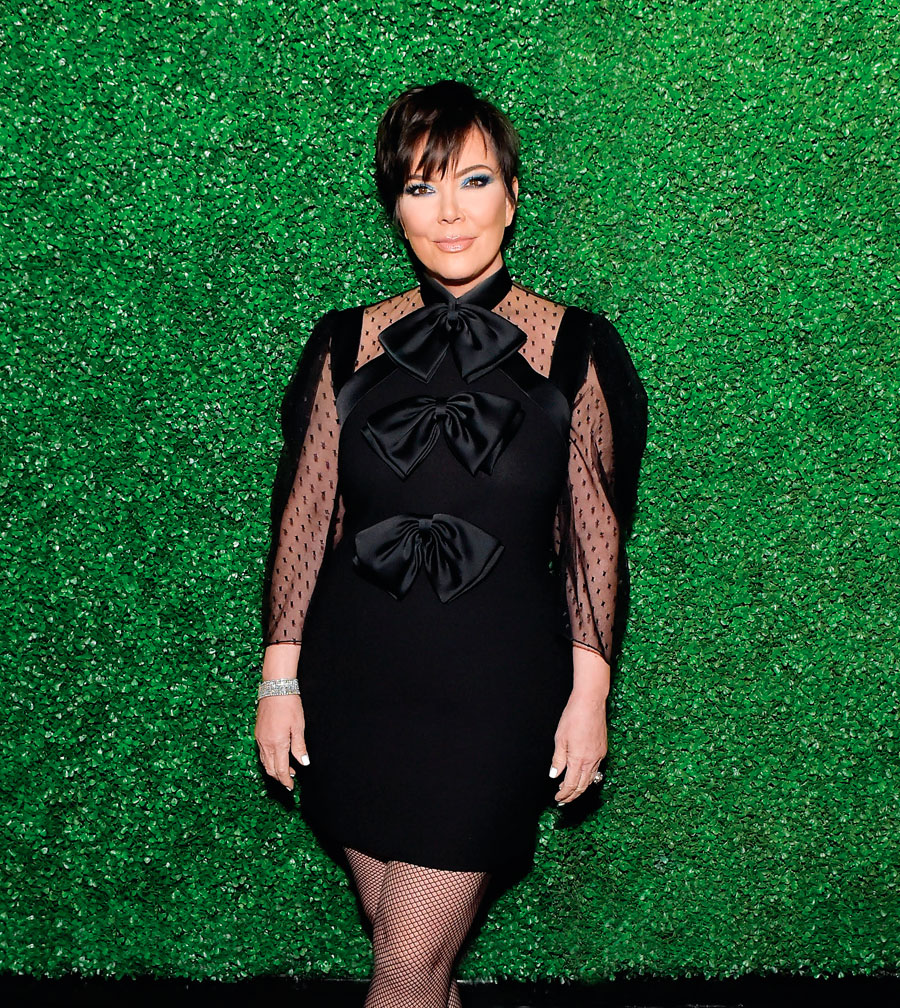 The sartorial stars of today are old enough to know that fashion rules don’t apply.

Best-dressed lists are always a voyeuristic pleasure. But real style is about lasting impact, and these chosen celebrities have the whole package: personality, poise, gravitas tempered by wit. And sass, that most underrated screw-it-I’m-doing-it virtue that ripens beautifully with age.

They all have individual signature looks, but they have one thing in common. They dress their attitude, not their age. Fashion at its most effective is a form of visual signalling — moving along the conversation with the groundbreaking elements of daring and surprise. Those old rules for people above a “certain age”? Forget ’em.

Where once we looked to impossibly slim socialites for style pointers, the charismatic style stars we appreciate understand their own image and how to push their own boundaries. And they embrace their platform and shoulder the influence they have, in terms of moving societal, along with fashion norms forward.

Be inspired by these 10 takes on dressing with maximum impact.

These women are perennial best-dressed contenders, always elegant but with a flair that’s fresh and modern. Never flashy, their style insurrections tend to be subtle, a peek of a tattoo here — we see you, Dame Helen Mirren — a sexy shoulder there.

At 80, Jane Fonda knows how to pull focus in a photo call, as she did at this year’s Cannes film festival. From her youthful start as a screen siren to her activist years and on through her turn as the ’80s Spandex queen, Fonda has defied the fashion rulebook at every age. Right now, her hot career revival is matched by her fashion nerve, wearing slinky jumpsuits one day and glittering body-conscious gowns the next. She never calls it in.

Since the death of her beloved husband, diva Céline Dion, 50, has undergone a style transformation. Always one to wear custom couture on stage, Dion has relaunched her image as a fashion-plate street-style star (or as close as a superstar can come to hanging out on a street). Unafraid of bold, challenging wardrobe choices, Dion hired a new stylist and amassed a jaw-dropping designer wardrobe. She is fearlessly out, about and dressed to the nines for the paparazzi.

Exhibit A, Brigitte Macron, 65. She wears sleeveless minidresses with gusto, reflecting a refreshing laissez-faire attitude toward the aging process — French women don’t get insecure. Always acing diplomatic dressing when accompanying her much younger husband, French President Emmanuel Macron in the global halls of power, she waves the flag of French couture in her go-to designer, Louis Vuitton.

What would our world be like if it weren’t for the women who push at the limits and laugh at our stodgy conventions? Madonna, 60, has cast herself as a creature of reinvention. But even now when she is ostensibly living the life of a soccer mom in Portugal, Madonna will wear a corset without pants whenever she damn well chooses.

The artist Yoko Ono, 85, has carefully crafted her image since she first burst onto the scene naked in bed with John Lennon. The former flower child never abandoned her bug-eyed sunglasses, hot pants, hat collection or boho touches. She has aged without compromising her fierce style.

The world’s most-famous matriarch and multi-hyphenate grandmother Kris Jenner, 63, like her Kardashian clan daughters, also chooses not to fade into the wallpaper and often leaves nothing to the imagination. But Jenner manages to walk the same line her way, going for tight, low-cut and fabulously age-inappropriate.

From her ’70s glam look dripping in furs and turbans, Cicely Tyson has cut a swath through fashion in each decade since. Now 93 (and still working), Tyson’s picks always slay. This year on the red carpet at the Turner Classic Film Festival, she wowed with a fresh bob cut and swingy white fringe jacket over a slinky silver dress. Knock. Out.

Fame came later in life to Iris Apfel, 97. The past few years have seen an almost obsessive interest in the former interior designer. Her signature oversized owl glasses and more-is-more jewelry mantra, plus her eye for mixing colours and prints have fallen into tune with the Zeitgeist. Her style is timeless and totally unique.

But any senior-eccentric award has to go to Mr. L.A., James Goldstein, 78. The mysterious figure, who always wears leather pants, a leather cowboy hat and gobs of logo-mania–themed biker gear and jewelry. The look doesn’t change whether he’s front row in Paris or courtside at L.A. Lakers’ home games.

Harrison Ford, 76, can totally pull off an earring. The action hero for the ages chose age 55 to get an earring. Would Han Solo approve? And fellow ageless heartthrob Brad Pitt, 54, can still work a newsboy cap like a hipster 25 years his junior. Once the golden-haired boy of the grunge era, today Pitt takes Dad chic to a whole new level.

Canada’s two chief sex symbol exports, Christopher Plummer, 88, and Donald Sutherland, 83, have not lost their way around a red carpet. Sutherland famously labelled himself “an ugly man” in Hollywood, but we think he doth protest too much. He works an opera scarf like a pro and was made for a tux. Plummer’s brooding marquee idol face has gotten better with deep lines, and he looks dashing at every award presentation.

Often spotted in his traditional lavender, Vogue’s Hamish Bowles, 55, is also the affirmed master of pattern on pattern on pattern. This look is not for the faint of heart and gives the high-flying style writer an impish, playful quality.
Storied Harper’s Bazaar global fashion director, Carine Roitfeld, 64, works a very consistent personal fashion brand: kohl-rimmed eyes, Parisian bedhead, sky-high stilettos, ultra sleek pencil skirts. She has not tamed her inner fashion beast one bit since becoming a grandmother.
And we couldn’t approve more.