The Myth of Camelot, Twenty Years After the Death of JFK Jr. 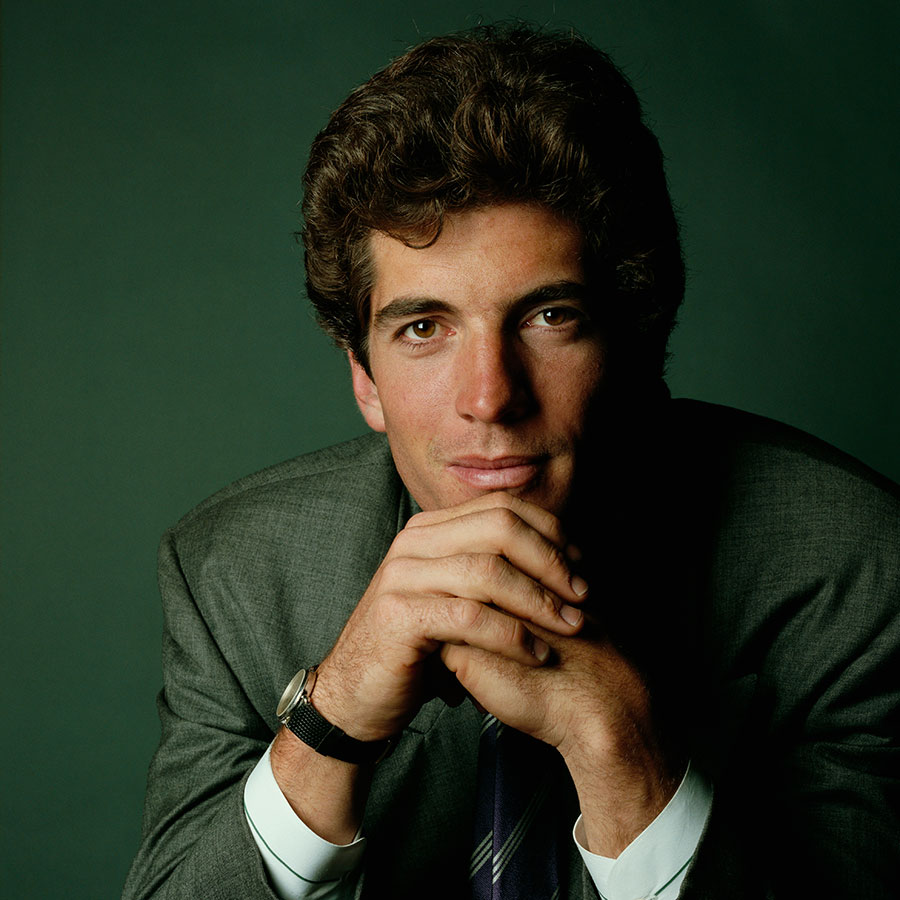 And so the Camelot mystique came into being, embraced by a nation that nearly two centuries earlier ignited a revolution to free itself from the grip of monarchs. But if America did have a monarch, he or she would look like the Kennedys — beautiful, fit, stylish, smart, witty, familial, popular, natural leaders, regal yet grounded enough to empathize with their subjects and defend them against the perils of an ever-changing world.

The problem is that the nation, and the world at large, arrived at Camelot through the back door, after the final act had played out more like a Greek tragedy. In November 1963, the king of Camelot was murdered. Five years later, his brother and family’s standard-bearer — not to mention the man who might resurrect Camelot — met his own assassin’s bullet. Even Jacqueline Kennedy moved on from the Camelot myth, becoming Jackie O, the ever-stylish paparazzi magnet and wife of a divorced Greek shipping magnate. But there was hope for Camelot yet.

Throughout his life, and even beyond it, they called him many different names — John-John, America’s (reluctant) Prince, Sexiest Man Alive, JFK Jr. and, of course, John. John F. Kennedy Jr. bore his father’s name and from the moment he became the first child born to a U.S. President-elect, he captivated the adoring public. Photos of a young JFK Jr. spending time with his parents and sister, Caroline — including in the Oval Office while his doting father, the president, watched on — served to further cultivate the Camelot myth, which in turn proved ever-more devastating when those illusions were shattered by the iconic shot of little John spending his third birthday standing upright and bravely saluting his father’s casket during JFK’s funeral procession.

Despite his mother’s attempts to shield her children from the paparazzi and public eye in the ensuing years, John F. Kennedy Jr. could never truly disappear. He carried in his DNA the Camelot gene, and there was no escape.

“All the hopes and unfulfilled expectations of his father’s presidency transferred to him. He was the heir apparent to Camelot, he was the one who was going to return America to the glory days of the early 1960s,” Steven M. Gillon, a friend of JFK Jr. as well as a historian and author of the just-released America’s Reluctant Prince: The Life of John F. Kennedy, Jr., told Biography.com. “That was a burden that would have crushed most people, but he carried it with remarkable grace. John always said he was two people: He was just John, a typical wealthy, privileged young man of his generation. But he also played a role, that of John Fitzgerald Kennedy, Jr., son of the beloved slain president.”

One of America’s favourite national pastimes is to yearn for “the good ‘ol days.” The country was founded on the idea of living like they did before tyrant kings and, even today, the mantra “Make America Great Again” promotes divisive and often racist idolization of a supposed bygone era in American history.

The idea of “the good ol’ days” is often a fairy tale, and in that sense it’s unfair to pin those yearnings only on America. The ideal of a fairy tale ending is universally valued and everyone feels the gut punch when it doesn’t come to pass, be it the assassination of the Kennedy brothers or the death of Princess Diana. When it comes to JFK Jr., even 20 years after his tragic death, when the single engine Piper Saratoga plane he piloted with his wife, Carolyn, and sister-in-law Lauren, crashed into the Atlantic Ocean on the way to Martha’s Vineyard, killing them instantly, the public still craves the return to Camelot he embodied.

Canadian Prime Minister Justin Trudeau came close upon his election in 2015, after which the New York Times declared, “Camelot has come to Canada.” And in 2017, the Los Angeles Times opined that, “Barack Obama built a new kind of Camelot for a new generation.” But neither leader truly invoked the fairy tale of JFK Jr.’s promise.

Perhaps that’s unfair, as who could possibly live up to the expectations of a fairy tale? And in today’s polarizing society, could the public even agree what Camelot would look like? After all, the idyllic notion of Camelot itself never truly existed even during President John F. Kenedy’s time, in which the United States was embroiled in cultural wars at home and deadly international conflicts abroad.

And yet JFK Jr. somehow embodied both the progressiveness of the present with the hope of rekindling some nostalgic spirit of a bygone era.

But unlike so many of his relatives, JFK Jr. shied away from elected office, though Gillon claims he did explore possible senate and gubernatorial runs toward the end of his life. Instead, he became involved in charities and providing aid at disaster zones in various parts of the world, while pursing an education and an interest in politics and issues like civil rights back at home.

He toyed with the dream of becoming an actor — perhaps the only other profession that would have forced upon him as bright a public spotlight and scrutiny as politics. “When the time came he delivered his lines with brio, with uncanny reserves of charisma,” his Brown University theatre pal Rick Moody recalled in an alumni publication. “What’s the surprise in this? He’d been acting his entire life. One performance after another; here a proscenium, here a plinth on which to stand for Camelot and its sorrows.”

He ultimately became a lawyer — though he failed the bar exam twice, after which various papers, including the New York Post, ran the headline, “The Hunk Flunks” — was named People magazine’s sexiest man alive in 1988, dated models and actresses like Cindy Crawford, Brooke Shields, Sarah Jessica Parker and Daryl Hannah and, in 1995, launched his own politics-as-entertainment publication, George, which aimed to add a more accessible, lifestyle element to political coverage while featuring provocative photography like Cindy Crawford as George Washington (though it’s unclear if Washington actually exposed his midriff while in military uniform, as Crawford did in her photo), Madonna as Jackie Kennedy and Drew Barrymore as Marilyn Monroe singing “Happy Birthday” to JFK.

Though mocked at first by many as a vanity project, journalist Kate Storey notes in Esquire that “Kennedy’s instincts were right: In the twenty years since his death, politics and pop culture have become so intertwined that candidates now spend nearly as much time courting voters on late-night shows as they do on the Sunday talk circuit. Politicians are covered as if they were celebrities, while celebrities seek out a voice on politics.”

Young, rich, successful, handsome, beloved and a Kennedy, there was only one thing America’s Prince needed to complete the fairy tale — a princess. JFK Jr. found her in Carolyn Bessette-Kennedy, a Calvin Klein publicist noted for her intelligence, kindness, wit and trend-setting style, not to mention her beauty. With her long blonde hair and mesmerizing smile, she even looked like a real-life Disney princess.

In the Disney version of this story the end credits roll here, with the royal couple setting off to live happily ever after while the rest of us bask in the joys of a return to Camelot — whatever that is.

But the 1996 marriage, arranged secretly to avoid press scrutiny, went from Disney to disaster, fast. Though the pair loved each other, the famously private Carolyn never seemed to fully come to grips with the media and paparazzi attention that defined life as the wife of Kennedy; it disrupted her own aspirations, including dreams of using a platform to become a documentary filmmaker and spotlight the struggles of those less fortunate.

In an excerpt from his new book, From Four Friends: Promising Lives Cut Short, the author William D. Cohan recounts the couple’s marriage woes. “It was the pressure of celebrity, and John’s role in it, that made their relationship so impossible. ‘It just broke her down to the point of real fear and paranoia. Like she wouldn’t go out of the apartment,’ [friend Sasha] Chermayeff continued. ‘Her excuse—that she was really shut down sexually—wasn’t really true. But she was shut down from him.’ Chermayeff said she spoke with John about the fact that his wife wouldn’t sleep with him anymore. He was upset about it. He was in therapy. He may have, eventually, had casual sexual interludes with Julie Baker, a former girlfriend, but he was, Chermayeff said, ‘very serious, and very seriously committed to the fact that he had fallen madly in love with Carolyn.’”

In the last years of his life, as his marriage and magazine both struggled and his beloved cousin, Anthony Radziwill, slowly succumbed to cancer, Camelot threatened to crumble around JFK Jr. So the prince took to the skies.

Harbouring a love of flight his whole life, JFK Jr. got his pilot’s licence and bought a single engine Piper Saratoga plane.

One of JFK Jr.’s final flights, in fact, was to Toronto, to meet with Magna International executives, including Belinda Stronach, to help secure support and funding for George.

In reality, the Camelot dream likely died long before JFK Jr.’s plane went down at night and in poor visibility over the Atlantic Ocean, en route to Rory Kennedy’s Hyannis Port wedding via Martha’s Vineyard (to drop off Lauren). But the finality of Camelot’s demise truly became apparent after the accident.

Twenty years on, the deaths of JFK Jr., his wife Carolyn and sister-in-law Lauren stands as one of those tragically abrupt ends to an era that bookmark the pages of history. And yet, unlike his father and uncle before him, the untimely death of JFK. Jr. left no heir apparent, no young man or woman to salute the bodies of the fallen and take up their mantles of hope for the future.

At the same time, perhaps the greatest lesson we can glean, with 20 years of hindsight, is that in these distressing social, political and environmental times, one person or family doesn’t hold the keys to Camelot. The gates to the kingdom have been thrown open and Camelot is, in fact, what we make of it. The collective vision of Camelot is greater than that of the individual and if JFK Jr.’s death taught us anything, it’s that we don’t have as much time as we think to wait for someone else to make the fairy tale happen.

After all, as Senator Ted Kennedy, JFK Jr.’s uncle, observed at a public memorial for his nephew twenty years ago, “Like his father, he had every gift but length of years.”