Ralph Lauren: The King of American Fashion, Who Sells ‘Class’ to the Masses, Turns 80 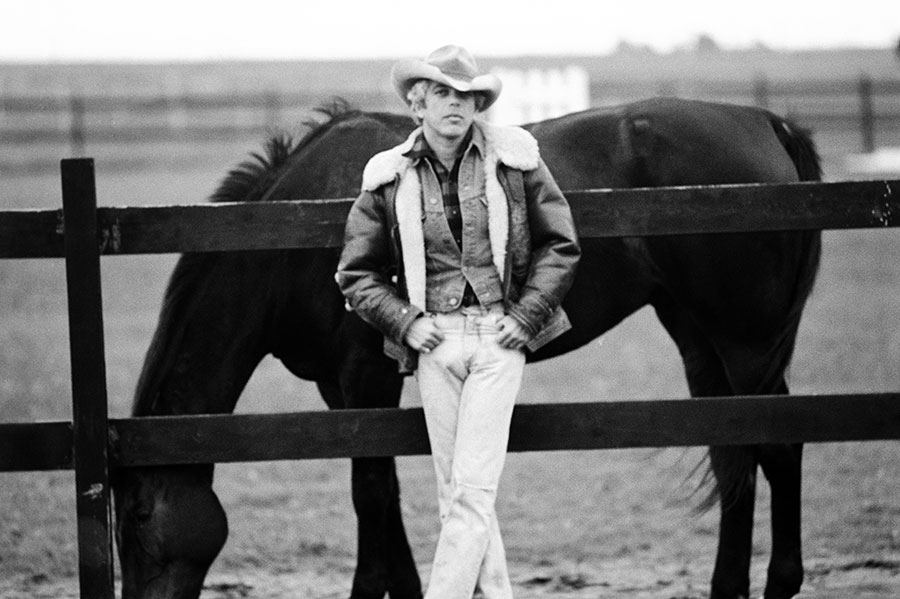 Growing up in the ’80s in the suburbs of Toronto as the archetypal child of immigrants, there was the unequivocal pull toward a certain Polo shirt.

A totem, a password, a form of fashion voodoo, the shirt was immediately recognizable by its signature polo pony (which famously requires 982 individual stitches to create). For me, it was not mere sartorial bandwagonism; it was wish fulfilment at an almost ecclesiastical level.

Ralph Lauren as a sort of vicar of WASP-dom? The case could be made.

It was not until years later that this Indo-Canadian learned the designer was actually born Ralph Lifschitz. Indeed, the fella who has long sold us — at varying times and sometimes all at once — the worlds of tweedy Ivy Leaguers, a DIY Duke-of-Windsor smartness, a Slim Aarons-like ideal of Palm Beach, as well as a fantasia of the American frontier was the humble child of Ashkenazi Jewish immigrants from Belarus. One who grew up in the Bronx, watching (and taking ample notes, no doubt) movies starring Cary Grant and Gary Cooper.

RELATED: Click “View Gallery” button above to see iconic shots of Ralph Lauren over the years

It is safe to say that Lauren, who will celebrate his 80th birthday today (Oct. 14), was “aspirational” long before it was a marketing term. And as one of the greatest storytellers America has ever produced, that is exemplified by the idea that my appropriation of WASP-dom via his Polo shirt was piggybacking on his appropriation of WASP-dom. A hand-me-down-of a hand-me-down! Cue the rabbit hole.

Oprah gets it. At a 2018 party to mark the 50th anniversary of his brand — a mega-affair in Central Park that drew everyone from Robert De Niro to Kanye West, Blake Lively to Hillary Clinton — the almighty Winfrey echoed this idea when she addressed the assemblage. “When I first moved to Chicago and was making enough money to pay my rent and still had something left over, my idea of celebrating that success wasn’t to get a fancy car or jewelry. My idea of success was to get Ralph Lauren towels.”

In his 2004 book Genuine Authentic: The Real Life of Ralph Lauren, biographer Michael Gross called Lauren “a visionary merchant of shared fantasies, a master of marketing make-believe … Henry Ford crossed with Walt Disney.” In this respect, Lauren paved the way for a whole rash of celebrity self-branders, from P. Diddy to Martha Stewart to Gwyneth Paltrow — all human brands, all essentially marketing an essence of themselves.

The name change happened shortly after he became obsessed with clothes as a teenager, scouring second-hand shops for military coats and the like. “My given name has the word s–t in it,” he explained to Winfrey in a 2002 interview. “When I was a kid, the other kids would make a lot of fun of me. It was a tough name. That’s why I decided to change it.” His name makeover caused unforeseen absurdity decades later when his son, David Lauren — one of three children he had with Ricky Lauren — married Lauren Bush, a member of the Bush dynasty. And presto!, she became Lauren Bush Lauren.

The rest? Haberdashery history. Today, Lauren is worth about $7 billion according to Forbes magazine, has a total of 30 brands under the Ralph Lauren umbrella (including Canadian retailer Club Monaco, acquired in 1999) and no shortage of accolades. In January, at Buckingham Palace, he became the first American designer to receive an honorary knighthood for his services to fashion at a private ceremony; Prince Charles bestowed the honour.

Now a spry member of the octogenarian club, Lauren is still turning out collections and exemplifying the good life (see his world-renowned car collection, as well as his never-not-hot restaurants such as the fabulous Polo Club in New York City). Next month comes a full-fledged documentary on HBO, Very Ralph, about the one-time tie salesman that will, no doubt, replay all the greatest hits in the Ralph Lauren timeline: the stint in the army as well as on the frontline of Brooks Brothers; breaking into pop-culture ubiquity by dressing Robert Redford in 1974’s The Great Gatsby; cementing the women-doing-menswear trend when he dressed Diane Keaton in 1977’s Annie Hall; doubling down on sportswear by dressing the U.S. Olympic teams; giving oxygen to a whole subset of designers who honed their skills under him, including Vera Wang, Thom Browne and Tory Burch.

Did I mention that Audrey Hepburn herself presented Lauren with the Lifetime Achievement Award at the Council of Fashion Designers of America awards in 1992? Well, she did.

Retire now? No signs of it! The stuff of both the gala circuit as well as rap songs, the Ralph Lauren vibe is remarkable to the extent to which it has never wavered. His is the mood board of America.