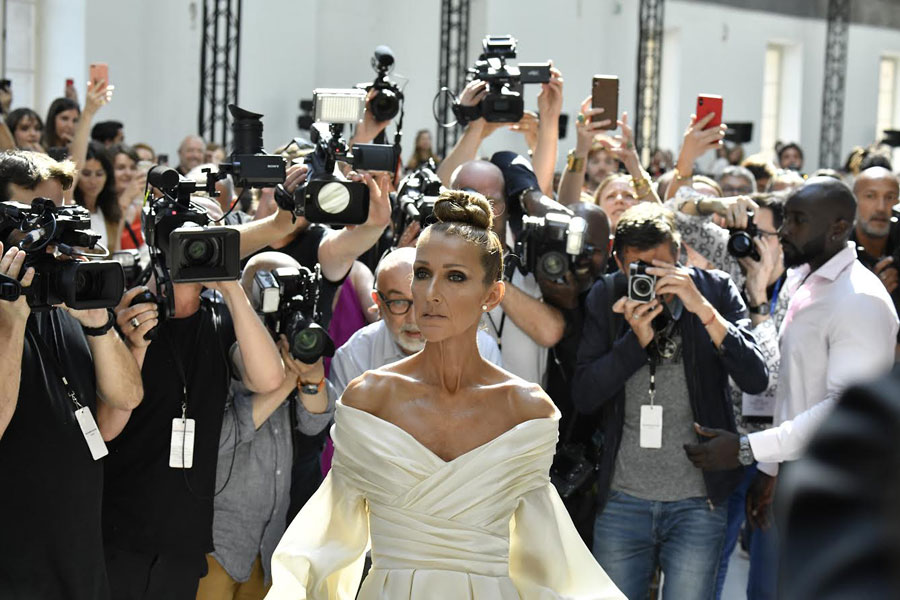 As the year winds down, there will be numerous lists highlighting those style savvy individuals whose winning looks throughout the year will earn them the distinction of being Best Dressed. Inevitably, these Best-Dressed rankings will offer up the young and the popular or at least those with legions of social media followers.

But where do the stylish seniors or those fabulously fashionable 50-year-olds fit in these rankings? And there are more than quite a few out there, but you’d be hard pressed to find them being worshipped for their wardrobes.

For our annual Best-Dressed list this year, we didn’t just pick the older but the bolder. We wanted to celebrate those advocates of adventurous style, those men and women who might be advancing in age but hardly retreating in the fashion department. They not only unabashedly embrace fashion but they move the needle by redefining society’s expectations on how one should dress their age. For these stylish individuals, age is merely a number.

Like the divas who came before her — Diana Ross and Cher — Dion is an unabashed fashionista, although she is in a class of her own with a voracious appetite for haute couture. The Canadian songbird  is a regular fixture at the shows each season in Paris, and her wardrobe changes throughout the day are her own mini-fashion show, which are breathlessly chronicled in the press. But it also shows a woman having the time of her life and enjoying the fun aspect of fashion.

Not loyal to a single designer, Dion’s outfits can be jaw-dropping for their bold avant-garde designs, or they can slide into quirky territory. Or they can tick all the boxes of what-not-to-wear — like the recent silver outfit she wore in New York City.  The Rodarte ensemble had extended shoulders like a linebacker, pouffy sleeves, ruffled high neck all fashioned entirely of silver lamé  — an outfit that would make mere mortals shriek. Yet Dion wears it with such ease and nonchalance, you’d think she was in sweats.

And therein lies the magic of a fashion icon like Celine Dion: she is the rare woman who can wear the most outré outfit and make it look fabulously effortless.

Polka dots are considered feminine and dainty, but when they are oversized, they run the risk of being cartoonish. But this acclaimed actress, armed with moxie and a confident attitude, beats this overpowering print outfit by Christian Siriano into style submission .  Seen here at the Annual Critics’ Choice Awards, she exudes an easy breezy attitude of someone wearing an elegant pair of pyjamas.  Such a graphic pattern would gobble up lesser sartorial souls.

She might be diminutive in stature — barely over five feet tall — but this stage, film and television actress’s red-carpet appearances always pack a punch with bold colour and dramatic shapes, resulting in show-stopping looks.

With an acting career spanning six decades and numerous awards — a Tony, several Emmys, an Honorary Oscar and a Presidential Medal of Freedom — she is celebrated for her portrayals of strong Black female characters. But Tyson can add another worthy note to her credentials — she offers a unique take on what it means to be a nonagenarian and lover of fashion.

It is the rare man who would be brave enough to wear an outfit popular with those decades younger than himself. This particular suit from Dior Men fall 2019 collection was a favourite with the young bucks of Hollywood. Nicholas Hoult, Darren Criss and even actress Gwendoline Christie all appeared on various red carpets wearing a version of this suit, which features a long silk scarf attached to the inside of the jacket lapel and wrapped around the body to cascade almost to the floor.

But Charlie’s Angels actor Patrick Stewart, seen here at the film’s premiere in Los Angeles, wore it with some magnificent and magisterial haughtiness, worthy of an actor who cut his chops at the Royal Shakespeare Company.

You might very well wonder how did Jeff Goldblum become a fashion god so much later in life? The actor and jazz musician readily admits he recently enlisted the help of a stylist to help with his wardrobing. But unlike other celebrities who would wear whatever the stylist or designer puts in front of him, Goldblum showed the same studious approach he uses in his acting craft and took a deep dive into this arena to learn as much as he can to select the right pieces. Not only does he purchase his own clothing – instead of designer freebies – he is not adverse to wearing the same item multiple times. He wore a Tom Ford tuxedo to his wedding and later to several red carpet events.

His style is best described as eclectic — from sharply tailored suits to skinny jeans to the right amount of fashion risk with wacky printed shirts from Prada. He never makes a sartorial misstep. Even when he’s doing couples’ dressing.

If anything, this Hollywood hipster has shown the world you’re  never too old to become a dedicated follower of fashion.

There are a few people who know how to make a grand entrance. Then there is the actor Billy Porter who can suck the air out of the room when he makes his appearance on a red carpet. This year alone saw the Broadway performer and lead actor on the television show, Pose, twirling in a floor-length cape over a matching suit at the Golden Globes back in January. A month later at the Academy Awards, he went for black tie, except his version was a tuxedo-ballgown hybrid custom-designed by Christian Siriano. And at the Met Gala in May, Porter made an entrance, which will go down in history. Reclining on a dais carried by six men, he arrived on the museum’s pink carpet dressed in a gold sequinned Cleopatra-inspired outfit – with wings. The dramatic entrance sent the internet into a meltdown.

As he would later tell Women’s Wear Daily, “I’m just excited that my true self is able to be expressed in this time. I’ve always been this person, but nobody cared before.”

What Porter truly did was charter a new fashion dialogue on red-carpet dressing. He lifted menswear red carpet attire out of the doldrums, introducing spectacular, theatrical and gender-bending looks, signifying a new mainstream understanding of fluidity in all its forms.  And he showed the world, it’s okay to be a peacock.

The towering talent of these two veteran  thespians could render many a younger co-star mute. And it turns out they can also chew up the sartorial scene on the red carpet — as seen here at the recent New York premiere for their movie, The Good Liar.

Mirren for her part always turns it out with strikingly glamorous looks — her gowns are often fitted to emphasize her curves, and she is not afraid of bold or unusual colours, like this canary yellow Brandon Maxwell outfit.  And just when you think you’ve figured out her signature style, she throws a chic curveball, like she did at the Cannes Film Festival this year, by rocking the red carpet with candy-floss pink hair. And here too, she did the unexpected: strolling the red carpet in a gown with a matching yellow puffer coat.

Her co-star McKellen is no slouch on the red carpet either and is a study in how to dress artfully dapper. Forgoing a classic tuxedo or suiting, he opted for some eclectic flair with a black velvet suit, accessorized with a brown fedora. Then there is that long printed scarf, jauntily knotted. Proof, if need be, you can be 80 and still dress with panache.

Before her role in the blockbuster, Crazy Rich Asians, this Malaysian-born actress was known for some strong female warrior roles in Hong Kong films back in the 1990s. It was such kick-ass roles that led the former Miss Malaysia into strenuous training in the gym. Ultimately, she landed the role of a Bond girl opposite Pierce Brosnan in 1997’s Tomorrow Never Dies and currently stars in television’s Star Trek: Discovery.

When it comes to her personal style, Yeoh keeps it interesting. She can do regal glamour like she did at this year’s Academy Awards in a silver Elie Saab Haute Couture gown. But it was this outfit (photo above) she wore to a pre-Oscars dinner that proves intriguing. Sure, the glittering gown with sheer panels show off her toned body, but the leather biker jacket adds a cool yet defiant touch that says she’s still that tough Tinseltown babe.

She captured fashion’s imagination as the magical gender-bending lead character in the 1993 movie Orlando and she continues to intrigue. An esoteric presence coupled with an arty edge, she does glamour in a highly personal way that no one would even attempt to imitate.

If the orange hair, a hot pink suit and red shoes weren’t jarring enough for your eyes, there is a flash of neon green at her upturned collar to really capture your attention.  Only this actress can pull such an evening look together and make this Haider Ackermann double-breasted tuxedo look sizzling. Swinton’s approach to fashion is often unfussy, but it always packs a powerful punch. The means to this approach is achieved by just three elements: her shapes — scalpel sharp; her colours — unapologetically bold; her attitude — complete confidence.