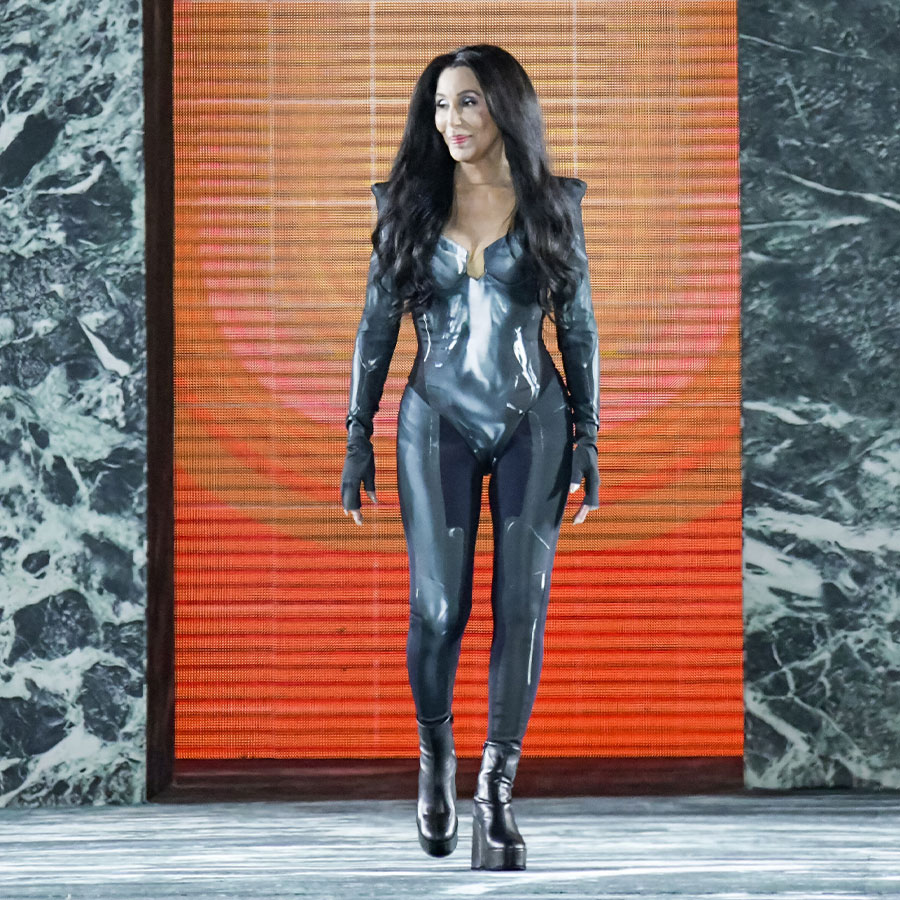 Cher surprised the Paris Fashion Week spectators by strutting the catwalk to close the Balmain Spring/Summer 2023 show on Wednesday.

Cher, 76, donned a black spandex bodysuit with angled shoulder pads and a deep neckline, accompanied by designer Olivier Rousteing. One of her many hit songs, “Strong Enough” was the backdrop to her walk.

“Cher has been a daring pioneer, a true trailblazer, for over six decades, never slowing down, always pulling us along with her, as she courageously marches forward,” Rousteing told People magazine.

Maintaining her signature jet-black hair, high cheekbones and youthful smile, Cher exuded confidence, taking her time down the runway. Cheers and flashing lights followed each step, as they often do with Cher.

Maybe it’s Cher’s adamant refusal to let her hair go grey or perhaps it’s the legacy of her daring and memorable fashion looks, but the appearance was a testament to her timeless beauty.

Even as the crowd cheered her on, Cher tweeted her excitement to be on stage too.

In June, Cher collaborated with another fashion mogul, Donatella Versace. Their limited-edition collection featured a T-shirt, baseball cap and socks — all embolden with Pride-themed rainbow lettering of the name Chersace.

Versace also had nothing but praise for the pop icon.

“It’s always been a dream to collaborate with Cher, and it’s finally come true!” she said in the collaboration announcement in June.

Age Is Just a Number

Fashion legends in their own right, these women are among a long line of women in Hollywood that maintain their beauty and style by their own standards, no matter what age or stage of their lives.

The Big 5-0 Glow: Lifestyle Guru Gwyneth Paltrow On Her Journey of Aging, Plus Her Provocative Birthday Shots