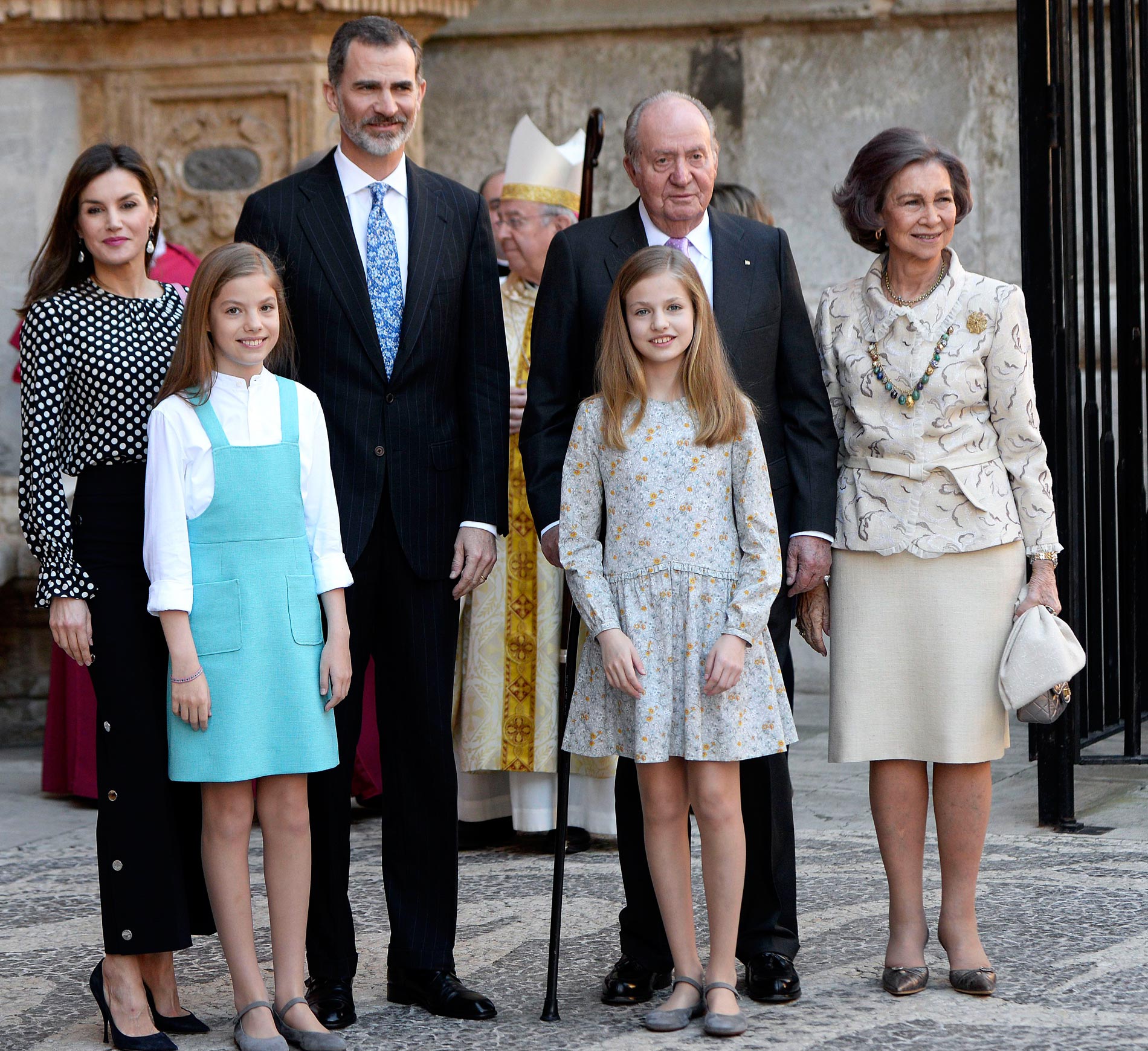 When Queen Letizia of Spain let the spat with her mother-in-law, Queen Sofia, go public— and then have the incident go viral this past week — royal watchers (and mothers-in-law) everywhere were aghast.

It happened after mass on Easter Sunday in Palma de Majorca when Queen Sofia tried to pose for a photo with her granddaughters, Princess Leonor, 12 and Princess Sofia, 10.

In the video, their mother, Queen Letizia seems to be trying to block the photo, walking back and forth in front of the trio and then moving in to push away her mother-in-law’s arm from holding Leonor. The girl then pulls her arm away from her grandmother and it appears as if the two older women exchange words.

King Felipe, son of Queen Sofia, 79, and husband of Queen Letizia, 45, finally steps in to intervene between the two women.

Felipe, age 50, became King and his wife, a former news anchor, became Queen when his father, King Juan Carlos I, abdicated in 2013.

The nastiness between the former Queen and her daughter-in-law is newsworthy, even shocking, because royalty is expected to be the epitome of discretion.

Duelling Queens making a spectacle of themselves for the world to see is fascinating to watch, but is not a common occurrence.

In fact, the last time two Queens went at it so publicly may have been the late 1500s when Mary Queen of Scots was ordered beheaded by her cousin, Queen Elizabeth I.

What’s not at all shocking about the kerfuffle in Spain, however, is the friction between mother-in-law and daughter-in-law regarding the grandchildren.

The role of the paternal grandmother, even if she’s a Queen of Spain, is typically fraught with tension.

She’s often sidelined in the extended family dynamic and less involved with her son’s children than she’d like to be.

A recent New York Times article, headlined “The Maternal Grandparent Advantage,” reported that “paternal grandparents tread very carefully, mindful that a daughter-in-law might not appreciate their overtures or their frequent presence, anxious that she could limit access to their grandkids.”

One explanation is that daughters are usually closer to their own parents than to their in-laws and therefore their children are closer to them also.

As well, in healthy families, mothers use their own mothers as models for parenting. The husband’s mother might have very different attitudes and ways of bringing up children and relating to them.

But some daughters-in-law do abuse their gatekeeper role regarding the “other” grandmother’s relationship with the kids, especially if she resents her husband’s siding with his own mother over when and how much and under what circumstances she sees the kids. Or even if she just feels the need, for whatever dysfunctional reason, to one-up her mother-in-law.

One source told the New York Times that “Among women friends her age with sons, ‘almost every single one says the same thing: The daughters-in-law keep them away from the children. And the sons don’t stick up for their mothers; they have to be loyal to their wives.’ “

It’s been reported that Queen Letizia got along well with her mother-in-law before the children were born and was warmly welcomed into the royal family as a queen-to-be.

But the relationship is said to have deteriorated after publication of a book in which Queen Sofia supposedly said Princess Leonor instructed her cousins about eating antioxidant foods. Queen Sofia insisted she was misquoted but has since not commented publicly about the young princesses.

She is rarely seen with the girls, according to the London Telegraph, and is reportedly required to give substantial notice if she wishes to spend time with them, while Queen Letizia’s side of the family are granted freer access.

Since the Easter Sunday incident went viral, Queen Letizia is said to be “desolate.”