Welcome to the Age of Mature Parenting 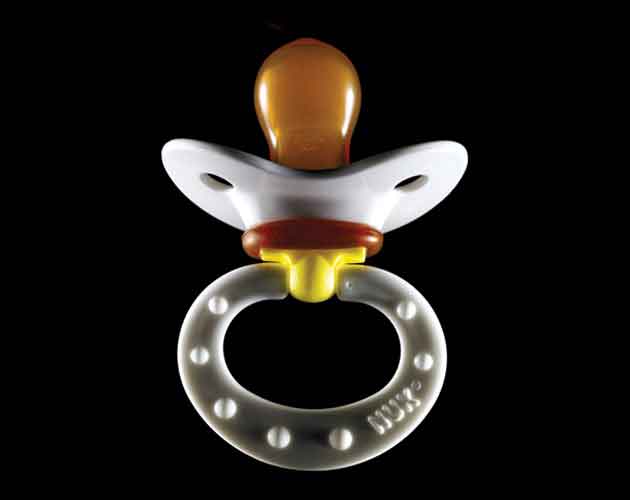 With the recent news that 48-year-old Rachel Weisz is expecting her first child with husband Daniel Craig, we look at how, for some women, having babies later in life is paying off — and in longevity dividends.

Talkin’ ’bout our generation: Older (babies in our 40s!), wiser (we’re better educated!), healthier (yoga and marathons!), financially secure (we’ve got money!). For some, waiting to start a family is paying off—and in longevity dividends.

In anticipation of our five-year-old’s imminent start in senior kindergarten, my husband and I have been attending parent information evenings at several schools in our area, trying to decide which is best. But that’s not all, obviously. We’ve also looked at what the Fraser Institute has to say about these schools; we’ve looked at test scores, read the parenting blogs started by some schools.

In short, we’ve done our homework and then some. And we’re not alone. When we arrive at Dewson, a public school in Toronto’s downtown core offering the desirable French Immersion program so many urban parents want, on a cold January night, the gym is packed and noisy with chatter. I can’t help but notice how many heads of grey hair there are in the crowd.

But these are nobody’s grandparents. When the school board’s representative for French Immersion gets up to speak, the room is quiet, notebooks are taken out, pencils ready. The question-and-answer period is rapid fire. What is the rate of attrition from the program? Why aren’t more buses employed so our children don’t have to have such long routes to school? How will our children do in university? (I’m not making that up. Someone really asked.)

One man stands up and although he’s in after-work jeans-and-parka mode, his trim hair cut and precise manner have downtown lawyer written all over them. He clears his throat. “I have three questions. 1A … ”

Next: Welcome to the age of mature parenting

Welcome to the age of mature parenting.

No longer are the parents of preschoolers the young men and women of Norman Rockwell iconography. In fact, if a 20-something woman walked into our downtown Toronto daycare, no one would imagine she was a mother. Not in a million years. Rather, you would assume she was a nanny doing the pickup for a parent whose conference call ran long.

These parents are professionals, well into their careers, with all the assertiveness that comes with that. And – there’s no other way to say this – they’re old. In Canada, the birth rate for women in their 20s is dropping, but for the over-40 set, it’s on the rise. Between 1998 and 2007, the rate of births for women over 40 jumped 48 per cent. Statistics Canada estimates that in 2012, 10,500 women over 40 will have had babies. Is it too old? Where’s the balancing point between amassing life experience you can bring to parenting and needing bifocals to read Goodnight Moon?

Having had my own children at 39 and 41, I am a card-carrying member of this new club. Which makes listening to Nora Spinks, CEO of the Vanier Institute of the Family in Ottawa, explain some of the forces at work behind this democratic trend, a bit like having someone read your diary.

Most 40-year-olds – rightly – feel youthful these days. But despite the seeming ease that older Hollywood moms like Halle Barry, Naomi Watts and Jennifer Lopez get pregnant and the headline-making women delivering babies in their 60s, pregnancies after 35 can be significantly more complicated. Both mothers and babies of these pregnancies face more health challenges. However, it turns out that for those of who, either by choice or happenstance, ended up having kids later, it might just keep us younger, longer.

Next: The motivation factor

Dr. Thomas Perls, director of the New England Centenarian Study in Boston and a researcher whose work involves studying the over-100 population in the U.S., has found a strong link between late-life babies and a long life. He found a large number of women who lived to be 100 or more gave birth in their 40s. The reasons for this connection are both surprising and common sense. If a woman’s body is “young” enough in her 40s to deliver a baby, then Perls proposes that her entire body is aging as slowly as her reproductive system.

Then there’s the motivation factor. Not surprisingly, older parents feel a strong desire to remain fit enough to chase their kids around the park and to extend the time they have together for as long as possible. Plus, the majority of Canadian women who have their first child over 40 are lawyers, judges, doctors and accountants. In other words, the kind of person with the income and lifestyle to access a range of health-care options, from regular trips to the optometrist and dentist to complementary medicine choices.

As well as the ability to make health-care choices that can make later life better, there’s something about family life itself that’s good for us. In another era, a person in their 50s might be retreating somewhat from the world. But not the father of an eight-year-old who must be ferried to baseball games and birthday parties all weekend. Young families create the kind of connectivity that is good for our well-being.

Everyone worries about aging but, for this group, such anxieties have a particular focus. All of the people I spoke to shared fears about their own aging as it pertained to parenthood. We’ll be grey-haired at the high school graduation. We won’t be able to keep up. Will we make it to their weddings? And worst of all, was it selfish to try to have it all at the expense of the time we’ll have in our children’s lives?

In my own life, I think about how the importance my husband and I place on education and work will play out. Not only is it a good part of the reason we had kids when we did, but if our children end up embracing these values, they may not have kids themselves until we are … well, really, really old.

Next: Pushing the biological limits of parenthood

Allan Thornton, a Canadian living in Washington, D.C., told me, “I’m 62. My eldest daughter, Jessie, is 14 and my youngest daughter, Grace, is four. Wow! Do the math, hey?”

Men have always had a wider window of opportunity for having children (Charlie Chaplin’s last child was born when he was 73!), but Thornton does admit to doing the math as it applies to himself. “When Grace is 10, I’m going to be 67 and when she’s 20, I’m going to be 77 and all of that. You wonder how long you will live. I don’t fret about it because there’s no guarantee for anything in life. But I’ve definitely been more mindful of health issues because I want to live as long as I can and be around my children.”

There may be more families pushing the biological limits of parenthood, but fitting in when you’re the statistical minority isn’t necessarily easy. Sitting at the Oscars this year, 12-year-old Francesca Scorsese looked like she was out for a thrilling night with Grandpa and Grandma.

But, of course, her dates were dad, Martin Scorsese, 69, and mother, Helen Morris, who had her at 52 and is now 64. Another example that springs to mind is Robert De Niro, 68, and his wife, Grace Hightower, 57, who had a baby last year with a surrogate. Closer to home, when Sharon Whyte, 42, had her third child at 39, she found herself with little in common with the new mothers in her neighbourhood.

“The people who join Mum groups tend to be first-time mums, and we don’t have a lot in common.”

It doesn’t help that some of those younger mums seem low on tact. Whyte was recently chatting with a much younger mother who was at the end of her mat leave and commented how nice it was for Whyte that she was able to stay home with her kids. “I said, ‘Yeah, but there’s not a lot of people to talk to when I’m at home.’ And I made some comment like, ‘It’s almost like I’m the grandma here.’ And she said, ‘Well, you could be.’ I went home and called my husband, and I was very upset because it’s true.”

Having the resources to afford child care is a benefit of being older, but it may also be a necessity since family support is thinner on the ground. Marisa Latini, marketing VP at ZoomerMedia, who took four rounds of in vitro fertilization to get pregnant and, after a complicated pregnancy, had her son, Julien, at 42, says there’s a big difference between the involvement her parents had with her sister’s kids who are 10 years older than with Julian. Her mother was her niece and nephew’s full-time caregiver. “I remember when she looked after Alexander, she was out front playing hockey with him on the driveway. She can’t do it anymore. She has terrible arthritis.” When it was time to decide on child care for Marisa’s son, “She didn’t hold up her hand and volunteer to do it, and I knew she was right.”

Next: Raising kids is not for the weak

Raising kids, the constant physical and emotional demands of it, is not for the weak. And on the day’s 10th request by my son for an “uppie” or my daughter’s third run in an hour at convincing me she is so old enough for a sleepover this weekend, I wonder if I would have had more energy for all of this in my 20s or even my 30s. Many of the older parents I know make jokes about the back-breaking-ness of it all.

And yet a study conducted by Dr. Anne Steiner and Dr. Richard Paulson, which looked at women who gave birth in their 50s, found that those parents do not experience more physical or emotional stress than younger parents. News flash: having kids is just plain exhausting whatever age you have them! The true difference may lie in the level of appreciation older parents have for their families.

Thornton agrees, “Grace is still in a very cuddly phase, which is lovely. It’s not just joyful and serene. It’s a tremendously relaxing and satisfying thing. The sense of mental and physical well-being is very pronounced around children in the younger years.”

So, it turns out that children – those sleep robbers and piggyback-ride demanders – are good for our health, both physically and emotionally. It doesn’t always feel that way when I’m up in the night tucking in a fitful child. My five-year-old is very curious about birthdays these days. How old will she be on her next birthday? Six. How old will I be on my next birthday? 45. But the number itself? She couldn’t care less.