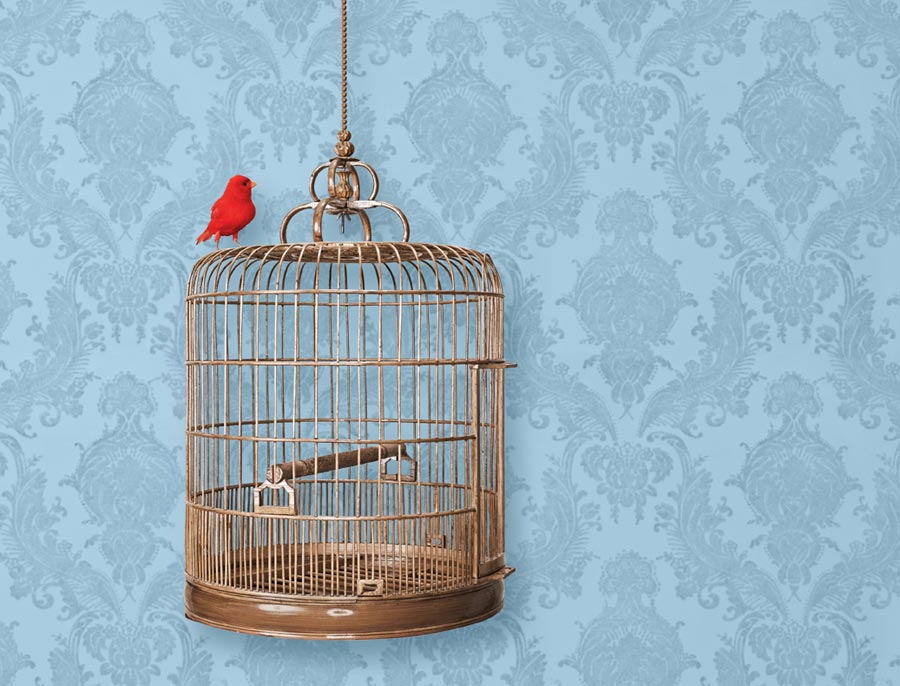 Finally free of the kids and their baggage.

Some 15 years ago now, visiting from Canada, I showed up with the woman who’d not yet married me at the apartment in London, England, where my parents spent the winters. My siblings and I were long gone, and my father, hair tussled and unshaven, was standing in his dressing gown as we climbed the stairs to their first floor flat and held the door only slightly ajar.

This was a joke, I explained in a quiet aside to my partner. Of course, we were welcome! But privately I wondered if this were so. Was he tired of having the kids still hang about? Did he really need to put up with us anymore? The London flat was a hideaway.

Fifty-five, I am of that age at which I compare my conduct to my parents’ often. The memory of having been on the flip side of an experience that is current seems unduly fresh. Was it really so long ago that I was the fella making the trip back home and not, as my father was then, the one blocking the threshold to a home that is, after so many years, finally free of the kids and their baggage?

My wife’s two girls, splendid women now, are 21 and 24. For at least a couple of years prior to the first of the pair leaving for university, and while the second was still comfortably at home, friends were invoking the spectre of our home as an empty nest. Now, the pair of them absent, the supposition that we are empty nesters is the opening to conversations in the way that talk of the weather used to be.

“How are the girls?” asks the bartender at my local – he, who’d turned a blind eye to their drinking in what we and the girls thought of as their European years. Common sense said they should drink with us even if the law deemed our liberality illegal.

“They’re doing splendidly,” I’d say, rattling off, but not for too long, the achievements of one working in England and the other back at university in Halifax.

“Are they coming back at all?” he asks.

“No,” I say, not failing to notice the unduly forlorn look on his face that is, to my mind, both inappropriate and undignified.

“So you’re empty nesters,” he says, clearly disappointed that the bright young things, knockouts each, won’t be lighting up the bar anymore.

“You say it like it’s a bad thing,” I answer with false cheeriness, though what I am privately lamenting, in view of my and my wife’s evidently fading sexiness before a man I am mulling tipping less, is the opportunity to send the two girls along to the pub before their mother and I arrive (as my father used to do with me at his favourite delicatessen) to secure a table at a very popular spot.

Still I am not sure this is the sort of pain that others are anticipating on our behalf, even the two girls telling us with apparent glee that we are “empty nesters.” Where, as if we had no other purpose than children, did the idea start that our vacated house would mirror an ineluctable emptiness in our hearts? Who actually believed that our conversation would be exhausted, libido spent?

Such gloom was always unimaginable to me, though of course so was the happiness of marriage, and regarding that and other landmark moments the advice of pals a little further along life’s arc had been astute. And so I could not help but wonder if this hollow scenario was imminently to be our lot.

And I had noticed, as the girls were becoming adult, the tendency of my partner to welcome in the daughters of pals for a few months at a time. The first, terrified of the world, spent hours soaking in the bathtub and hiding from it. (I was sympathetic). The second simply wanted to leave the smaller town in which she’d grown up and was thrilled to be away and in the big city for a while.

With each, I watched my partner, so naturally a terrific mom, do her thing and wondered if our open house was not on some subconscious level a preparation for the absence of her own two daughters. Had all this talk of the Empty Nest spooked her?

Alternative uses for the two rooms were easy to imagine. Perhaps, finally, Sarah might have the walk-in closet she had always said she wanted, my own clothes already squeezed out of the scant bedroom cupboard space so typical of Victorian Toronto houses and into a shabbily repurposed triangle of space beneath the stairs to the attic.

Or maybe we could finally create a proper reading room with the fainting couch that she had for so long desired. A close friend of ours had taken all of 24 hours before packing up her departed son’s ample detritus into boxes, a zealous reclaiming of her teenager’s Ground Zero that reminded me of how my own bedroom in my parents’ house had suddenly vanished and become a library with no bed at all when, after a year, I returned home to it.

As it turned out, my friend’s son was gone for just a few months, not forever, and the possibility of our youngsters’ return, if only from time to time, needed to be taken into account.

On the upside, doors to rooms across which I’d often been tempted to stretch yellow tape reading, “Police Line, Do Not Cross,” could safely be opened again. No longer would I find myself looking down upon discarded jeans, underwear and shoes left in mysterious piles as if a wand had been waved and the girls’ bodies made to disappear. No longer would the bedrooms’ mess of unwashed plates and glasses and discarded makeup and failed gifts bring to mind the wreckage of a tsunami or opened drawers spilling their contents in a raid by FBI or criminals looking for stuff.

So bring on this empty nest – its peace of mind and the onus it lifts off the shoulders of this parent no longer having to sort whether his grievances about the house are justified or simply the neuroses of a distracted writer looking for any way not to work. Besides, now there are fewer groceries to cart home even if, as a young bachelor – when the prepared meal aisles of supermarkets were as online dating services are to singles today – my love of food always led to a full basket that indicated I was a father of five.

Now there would be more room in a fridge without toxic secrets (spills from months before, empty jars curiously still kept). And no longer would my despair of the monster children’s habits end with my partner saying, “Count your blessings. They’re not drug addicts.”

This always seemed to me a case of setting the bar inordinately low but no matter. It was never an argument I was going to win, and the truth is that, yes, without question, the two young women are bright and charming and intelligent and good company. They are gracious and entertaining with their elders, now their peers, and they cook (not just for themselves and very well) and even do marvellously anachronistic things like read actual physical books a lot.

Still, that first time the progeny comes home, stopping in to reboot and save so they can get the hell out of a house that somehow cleans itself and a fridge that is always mysteriously well stocked, can be a trial. Nothing quite prepares the parent for youngsters casting irritated looks at parents as they blame them for having to be home rather than in the apartment they were confident would be theirs by now, and the discomfort of having to tiptoe around his own home as if he is the extra person in it. The nest that had been without our girls for a while suddenly felt empty because it was full.

“Wait till they come back a few times,” said one pal with whom I was cautiously commiserating. “Then you’ll really want out.”

And then I remembered the times I would come home and how swiftly I became annoyed with the only place in the world in which I remained a child because, whatever I did, my parents continued to treat me as such. Finding myself doing the same thing to my own children was an event I was not quite prepared for, another of life’s experiences flipped.

Displeased as I am with fatuous articles casting boomers as freeloaders whose own romp to self-sustaining adulthood was meant to have been so much easier, nevertheless I could see how clever society has become about not paying its young people. Was my generation’s easy independence just another anomaly of several decades of the late 20th century? Was it easier to leave home 30 years ago?

And then I continue wondering if the modern North American family is but a motley unit destined not to persist for much longer than, for a brief few decades of economic plenty, it has done already. And I resolve to make the most of our children’s visits before inevitably we are moved into the basement with its easy access, and it is they who greet us at the threshold saying, “You again?”