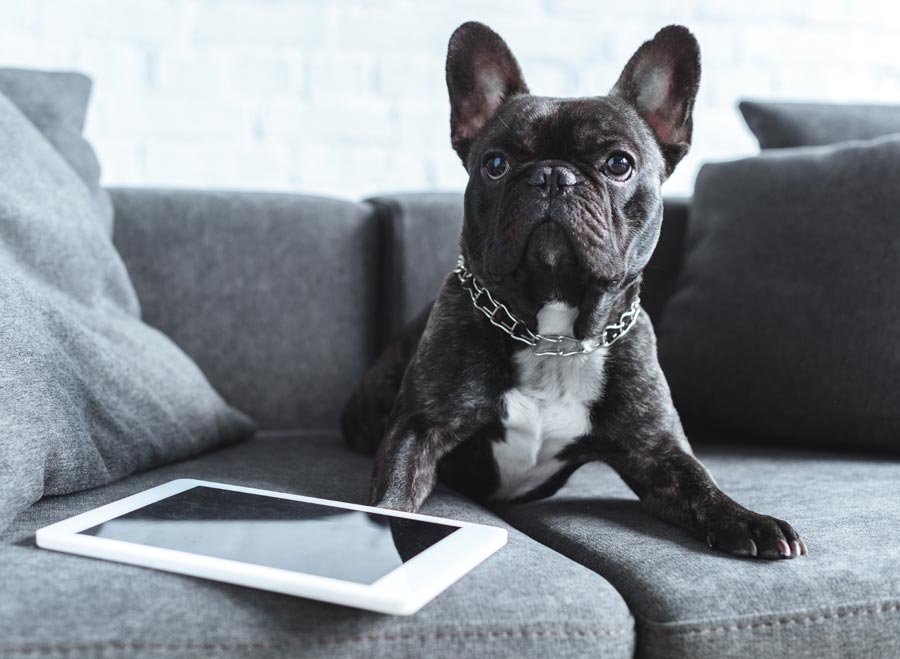 Never mind trying to teach old dogs new tricks. Teach them how to use an iPad instead and watch them become avid gamers.

A study from the University of Veterinary Medicine in Vienna suggests that “playing computer games might be the perfect brain training for old dogs.”

But cognitive scientists warn that spoiling old dogs by letting them laze on the sofa and get away with disobedience and bad behaviour is not doing them any favours.

However, because their bodies are aging, they can’t always be as active as they were in their youth.

Simple mental tasks on the computer, combined with a reward system, can keep the animals mentally fit even in old age, say the researchers.

As is the case with people, dopamine production in dogs also falls in old age, leading to a decline in memory and motivational drive, says study author Lisa Wallis. “But this natural mental deterioration can be countered with the specific training of cognitive skills.”

In the lab, the trainers used computer-based brain-teasers. It did take some preparation to get the dogs used to the touchscreen, acknowledged Wallis, “but once the animals have got the trick they turn into avid computer gamers.”

“The positive feeling created by solving a mental challenge is comparable to the feeling that older people have when they learn something new, doing something they enjoy. Regular brain training shakes not only us, but also dogs out of their apathy in old age,” said study senior author Ludwig Huber.

The research team hopes that this study will not only motivate technicians and software developers, but also interested dog owners.