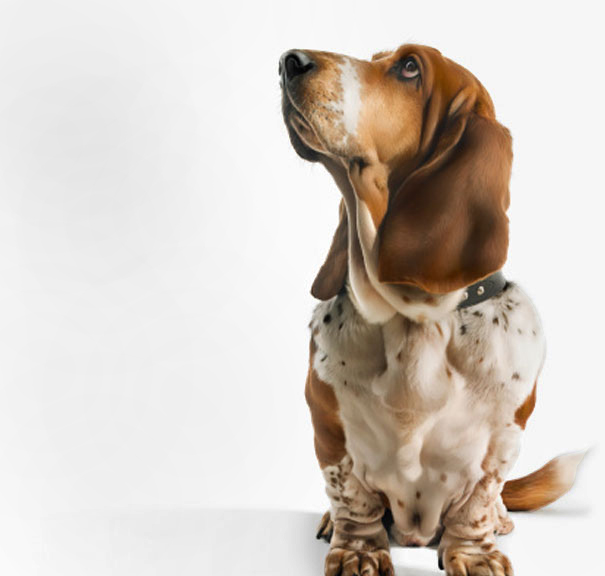 Those big brown eyes can melt your heart, but they can’t tell you if something is wrong. Some signs are obvious — like a wound or lump — but others can be subtle or confusing. Not sure when to call the vet? Here are some signs that could signal serious illness.

Many of the things that make our pets itch make us squirm too — like fleas, ticks and mites. However, some causes aren’t so obvious, like hormonal problems, staph infections, yeast infections or fungal infections. Watch out for signs of scratching, licking and chewing — especially if there’s hair loss, scratches or skin irritation around the site.

It’s not unusual for a dog or cat to eat something they shouldn’t have, throw up and be back to their normal selves in no time. When should owners worry? When vomiting or diarrhea persists — like throwing up several times in a day — and when it’s accompanied by other symptoms like lethargy and a lack of appetite. The culprit could be a gastrointestinal illness, or it could be a parasite like roundworm.

If you see blood — whether it’s fresh or looks like coffee grounds — call your vet right away. Blood can be a sign that your pet has eaten something dangerous (especially something sharp), but it also could be a sign of a gastric ulcer.

Whether they’re fussy eaters or bottomless pits, listen up when your pets aren’t interested in food. A lack of appetite could warn you of stress, fever or pain — and if it lasts more than a day or accompanies other symptoms, call your vet.

And cat owners take note: going without food for a couple of days can lead to an accumulation of fat in the liver. This “fatty liver” can be treated when it’s caught early, but can be fatal if left untended.

Like their humans, pets can tire out with lots of work and play — but unexplained fatigue or a drop in energy shouldn’t be dismissed. Pets may become less active as they age, but weakness, collapse or a change in how much activity your pet wants to engage in should warrant at least a phone call to the vet. Lethargy could be due to a temporary illness, or something more serious like a heart condition.

It can be a messy business, but changes in when, where and how often your pet empties their bladder can be a warning sign of trouble rather than an attempt to punish you. For instance, if you’re constantly filling your dog’s water dish, this excessive thirst and frequent urination could be a sign of diabetes, kidney disease, liver disease or a problem with adrenal glands. Dogs and cats might be relieving themselves in unusual places — like around the house instead of outside or in the litter box.

On the flip side, urinating too little could mean a urinary tract infection or bladder stones — which can be especially problematic (and sometimes deadly) for cats. Blood in the urine (or urine that looks pink in colour) is also a sign of trouble.

Admittedly, a sneeze or two can be kind of funny, but persistent sneezing — particularly if there’s a runny nose or discharge from the eyes or ears — should warrant a trip to the vet.

Likewise, persistent coughing can be a cause for concern. Kennel cough, a contagious form of bronchitis in dogs, is usually mild — but it can be dangerous for puppies and short-nosed dogs (like pugs). Most dogs will appear otherwise healthy, except for a nagging dry or “honking” cough.

Chronic coughing could be related to more serious conditions like heart or lung disease and heart worms. Any signs of choking or difficulty breathing should get emergency attention.

A warning to owners: Wear rubber gloves before you take a closer look! Ringworm is another cause of hair loss, and can be spread to humans.

Pets are affected by the balance of calories versus exercise too, so adjusting diet and exercise is often the cause. However, when other symptoms are involved and there hasn’t been a change to your pet’s diet or exercise routine, it may be time to have it checked out. Unexplained weight gain could be caused by diabetes or endocrine issues like Cushing’s disease.

9. Stiffness, lameness or difficulty getting up. These symptoms are all signs of arthritis, but don’t overlook them as a sign of aging. There’s a lot that can be done to treat arthritis in pets, from anti-inflammatory medications to surgery. It’s important to keep pets mobile and active for both health and sanitary reasons.

Pain can also be from an injury, ruptured ligament, tick-borne disease (like Lyme disease) or hip dysplasia (sometimes seen in bigger dogs like Labrador retrievers).

Warning signs to look for in other pets

Admittedly, cats and dogs get a lot of media attention because of their popularity, and there’s a limit as to what vets can do for some pets like hamsters or birds. Many of these symptoms apply to many species — like signs of pain or digestive upset. Some signs are more specific, like unexplained loss of feathers in a bird or signs of fungus in a fish (which could spread to other fish in the tank).

Regardless of which furry, four-legged, finned or feathered friends share your life, the same rule of thumb applies: know your pets, and be on the lookout for any unusual behaviour or change in habits. When in doubt, seek expert help rather than making your own diagnosis.

Looking for more information about pet health? Check out some of our sources:

– American Society for the Protection of Animals: Pet Care

What Are You Feeding Your Dog? These 16 Pet Food Brands May Be Linked to Deadly Canine Heart Disease, FDA Says