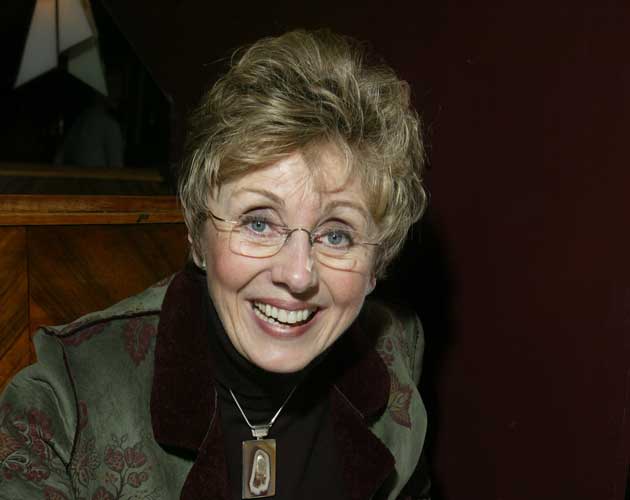 Cartoonist Lynn Johnston will never forget the day her husband of 30 years walked into the kitchen and told her he was leaving her for another woman. But she’s determined to put it in the past. In her 60s, the creator of the long-running comic strip For Better or For Worse is creating a new life; recently, she volunteered as a translator in Peru. In a tiny rubble-filled town in the mountains, she helped the families of the sick and dying understand medical issues. They, in turn, helped Lynn understand herself.

“I started learning Spanish 10 years ago because I wanted to go to Peru as part of a medical mission and I knew that I could be put to better use if I knew the language. After my husband took off, I thought, ‘I might as well do it now,’ and so I made the arrangements. It was such an interesting experience to see how people live with so little when we have so much. And now, to know that I can go somewhere on my own and achieve the things I want to do — it’s wonderful.”

“When he told me he was leaving, it was like a cartoon in which an axe comes through the roof and it landed between me and him. You know it’s funny because people talk about a car accident in which everything is in slow motion and you accept it with a certain calmness. I felt pretty good about it until he was actually gone.

But then the pain set it. I didn’t realize the kind of fury that I had. I was so mad. I drank too much vodka and smashed the front of his Jeep with a rake.”

“I had planned to retire, but now I’m continuing the series putting fresh material into past storylines. There are some people who criticize me for that and say, ‘Well, you should step aside and let new people come in.’ I would like to, but I have to think about me and say, ‘Okay, if I can still hold onto this space, it’s up to you to push me out.’”

“Most of the friends I travel with are really accomplished people and throughout our lives, well, you work hard for that accomplishment and then you get to enjoy some freedom. I can call someone up and say, ‘Why don’t we go to such-and-such a place?’ And there is nothing that brings people together more than travelling.”

“For 30 years I’ve had a ‘we’ history, but now I want a ‘me’ history and I feel that this is the beginning of it — my own new history filled with things that are mine. I want it to be challenging and fun and filled with stories worth telling because
I am a storyteller.”