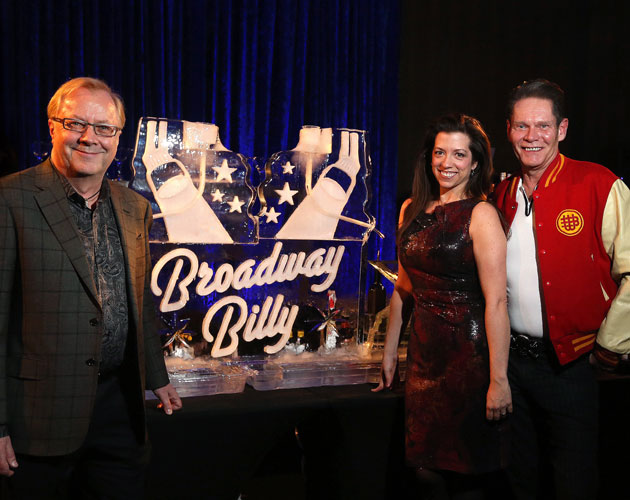 Sixteen years ago, when picking a charity to pair with a Winemakers Dinner, writer and social columnist Bill Brooks thought he’d go with something exotic like prostate cancer. “My Uncle Doug had died from the disease in his early 40s, and none of us had ever really heard of it,” says Brooks. “We held a Winemakers Dinner for 60 at the Westin and thought we were heroes when we netted just under $10,000 – not bad for our first time.” What started as an intimate evening hosted by Brooks has become one of Calgary’s most important charity initiatives, The Annual Bill Brooks Prostate Cancer Benefit, and a key participant in the fight against prostate cancer. Case in point: the 2011 bash netted more than $1,000,000. Fast forward to 2014 and Brooks’ event has morphed into the largest one-night prostate cancer fundraiser in the country with a 16-year cumulative total of $5.8 million.

As a direct result of Brooks’ efforts and two generous cornerstone donations from Daryl (Doc) Seaman and W.Brett Wilson, the Southern Alberta Institute of Urology at the Rockyview General Hospital was opened in 2010. The 26,000-square foot facility is the only one of its kind in Canada and has become the national resource for research, information on treatment, prevention, early detection and after-care support. According to Pam Heard, executive director of the Prostate Cancer Centre, “one in seven men will develop prostate cancer in their lifetime and it is 99 per cent treatable if detected early, especially in men 40 to 60 years old. This centre, which houses every single urologist under one roof, has cut waiting times to less than one month and is the gold standard for the country.”

For 2014, the Brooks Benefit proved once again that it is the must-attend event on the Calgary social calendar. Held at the Hotel Arts and sponsored for the third year in a row by Canada Safeway, a crowd of more than 700 celebrated Broadway with a night of entertaining “song and dance.”

“Each year, we base the party on a theme,” laughs founder Brooks. “This year, we went with Broadway Billy. In the past, we’ve had Billy Poppins, Bill in Wonderland and Boogie for the Benefit. People get dressed up and have a ball.” Party-goers were welcomed with a Manhattan, the signature cocktail of the evening followed by the culinary talents of award-winning Hotel Arts Yellow Bistro restaurant’s chef Duncan Ly (he took home the Gold Medal at the 2013 Calgary Gold Medal Plates competition) paired with a selection of wines from Willow Park Wines & Spirits. A silent auction included a golf weekend in La Quinta California, dinner for 16 at the Blue Flame Kitchen, as well as a stunning piece of jewelry from Calgary’s own Mary Lou Banks of Lulu B Designs. And for the first year a live auction was held featuring – what else? – a weekend getaway in the Big Apple. The party, which attracted a dazzling cross-section of Calgary’s business executives, politicians, media personalities and, of course, the medical community, lasted until the wee hours of the morning, thanks to the rocking selection of tunes from local band Kyemara.

A resounding success the evening raised more than $600,000 for the Prostate Cancer foundation. “This event is an iconic one in Calgary that other charities could learn from,” says Cynthia Moore, a regular volunteer and supporter of community organizations. “Not only does it raise a lot of cash for a very serious cause, but it is always such a fun night that it attracts a new cross-section of people that normally wouldn’t typically go to such a fundraiser. We look forward to it and never miss a year.” Looking to support a worthy cause? The Bill Brooks Prostate Cancer Benefit takes place every January. Buy your tickets early as it’s almost always sold out.  Available at www.calgaryhealthtrust.ca